NASA’s TESS Finds New Worlds in a River of Stars 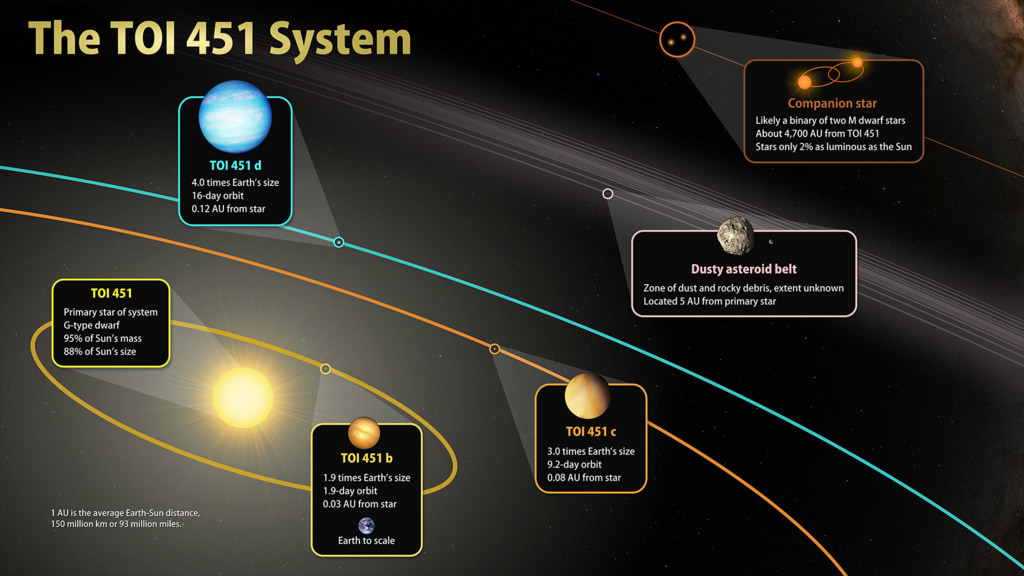 Download Options
This illustration sketches out the main features of TOI 451, a triple-planet system located 400 light-years away in the constellation Eridanus. 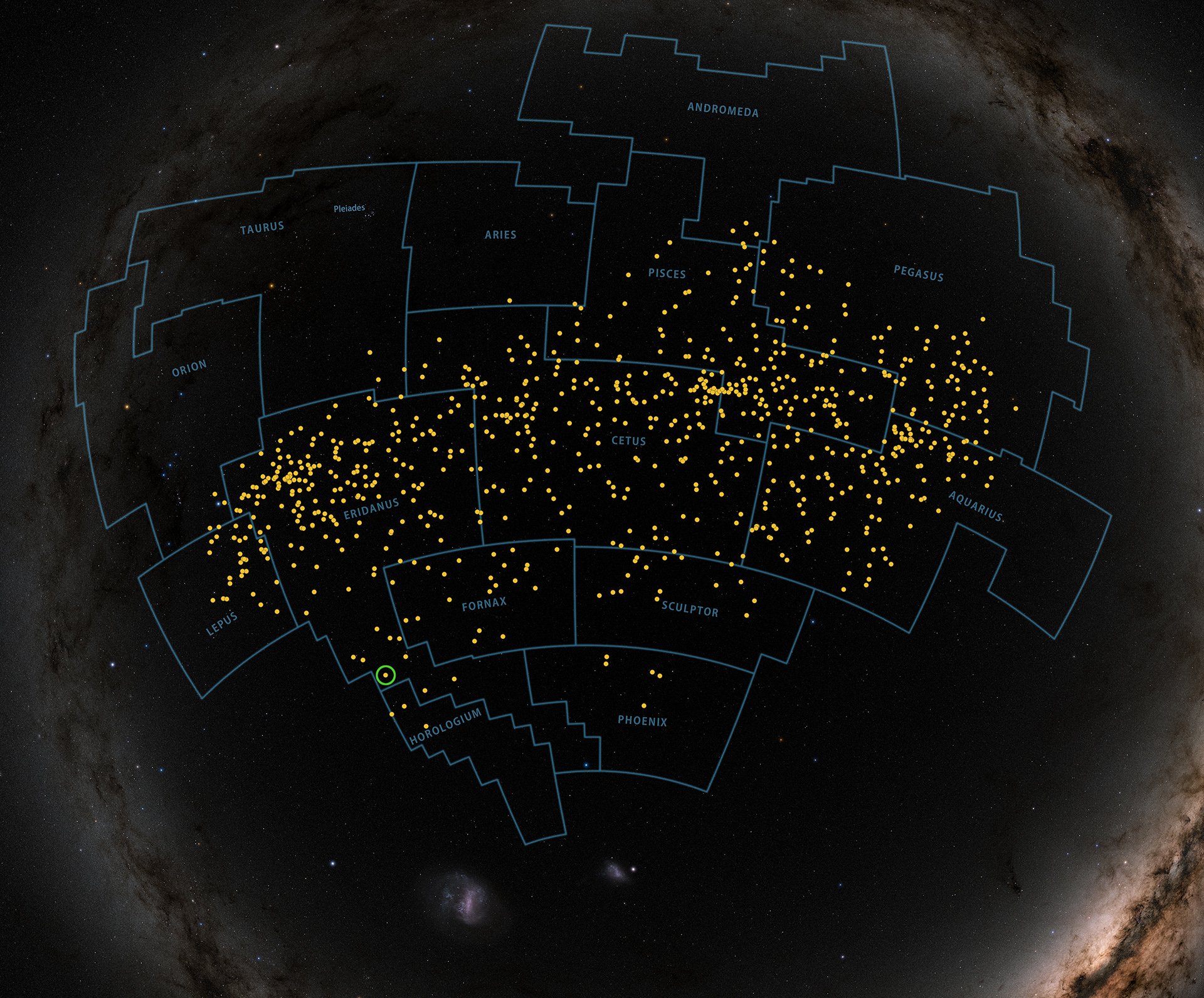 Download Options
The Pisces-Eridanus stream spans 1,300 light-years, sprawling across 14 constellations and one-third of the sky. Yellow dots show the locations of known or suspected members, with TOI 451 circled. TESS observations show that the stream is about 120 million years old, comparable to the famous Pleiades cluster in Taurus (upper left).