Released on November 4, 2020
Download Options
On April 28, space- and ground-based observatories detected powerful, simultaneous X-ray and radio bursts from a source in our galaxy. Watch to see how this unique event helps solve the longstanding puzzle of fast radio bursts observed in other galaxies.

Download Options
Illustrated wide shot showing an X-ray burst ejecting a plume of material that travels high above the magnetar and emits a radio burst. Radio signals from pulsars, another class of neutron star, originate high above their surfaces – exactly where and how, we don’t know. Astronomers think the X-ray burst from SGR 1935 ejected a plume of matter that soared to similar heights, where it emitted the powerful radio burst.

Download Options
Illustrated medium view of a magnetar during a burst storm. Late on April 27, NASA’s Neil Gehrels Swift Observatory spotted a new round of activity from magnetar SGR 1935+2154, located in the constellation Vulpecula. It was the object’s most prolific flare-up yet – a storm of rapid-fire X-ray bursts, each lasting less than a second. The storm raged for hours, picked up at various times by Swift, NASA’s Fermi Gamma-ray Space Telescope, and NASA’s Neutron star Interior Composition Explorer (NICER) X-ray telescope on the International Space Station.

Download Options
A powerful X-ray burst erupts from magnetar SGR 1935+2154 in this illustration. The April 28 eruption, which lasted about half a second, likely drove off a plume of matter. Astronomers say that, while the X-ray burst flared, the ejected material emitted a radio burst lasting just a thousandth of a second, likely from a location high above the magnetar.

Download Options
Illustrated magnetar flyby sequence showing magnetic field lines. A magnetar is a type of isolated neutron star, the crushed, city-size remains of a star many times more massive than our Sun. Their magnetic fields can be 10 trillion times stronger than a refrigerator magnet's and up to a thousand times stronger than a typical neutron star's. This represents an enormous storehouse of energy that astronomers suspect powers magnetar outbursts. 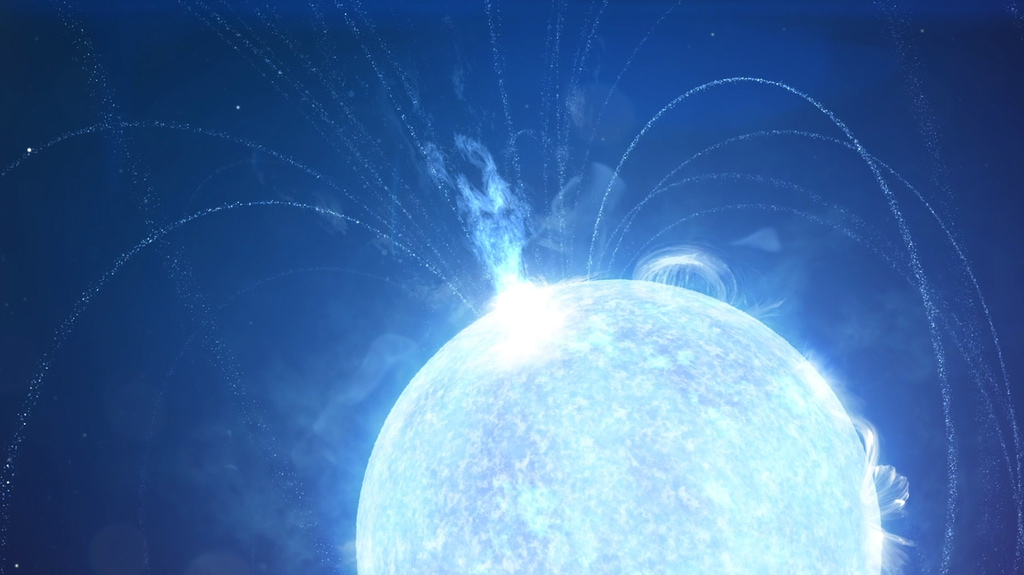 Download Options
A powerful X-ray burst erupts from a magnetar – a supermagnetized version of a stellar remnant known as a neutron star – in this illustration. A radio burst detected April 28 occurred during a flare-up like this on a magnetar called SGR 1935. The radio signal was more powerful than any previously seen in our galaxy. The simultaneous X-ray and radio events implicate magnetars as a likely source of mysterious fast radio bursts observed from other galaxies. 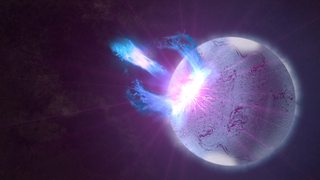 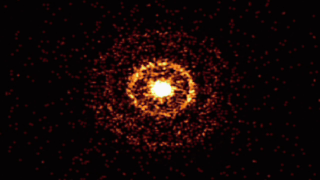