A New Era in Gamma-ray Science 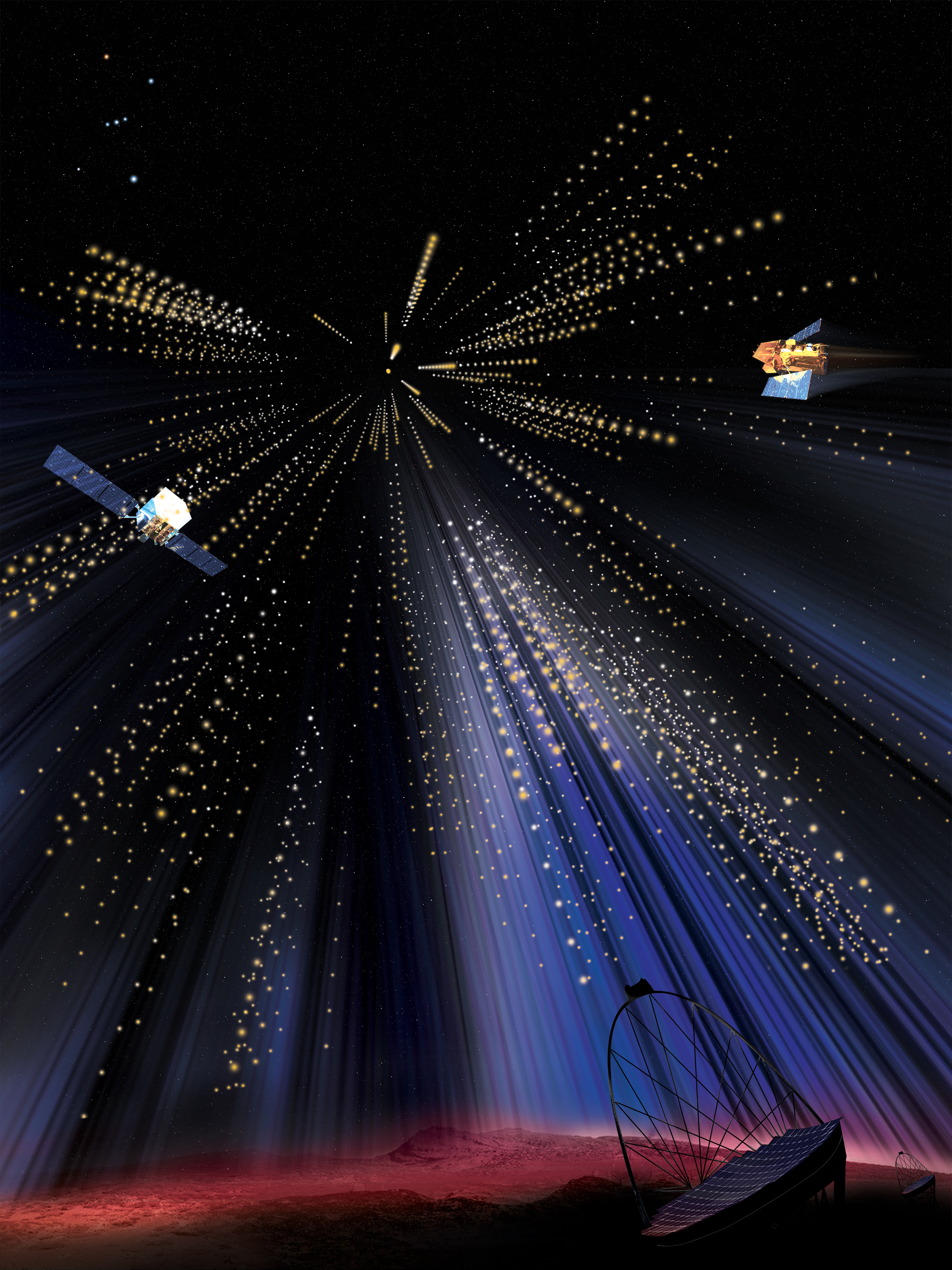 Download Options
On Jan. 14, 2019, the Major Atmospheric Gamma Imaging Cherenkov (MAGIC) observatory in the Canary Islands captured the highest-energy light every recorded from a gamma-ray burst. MAGIC began observing the fading burst just 50 seconds after it was detected thanks to positions provided by NASA's Fermi and Swift spacecraft (top left and right, respectively, in this illustration). The gamma rays packed energy up to 10 times greater than previously seen. 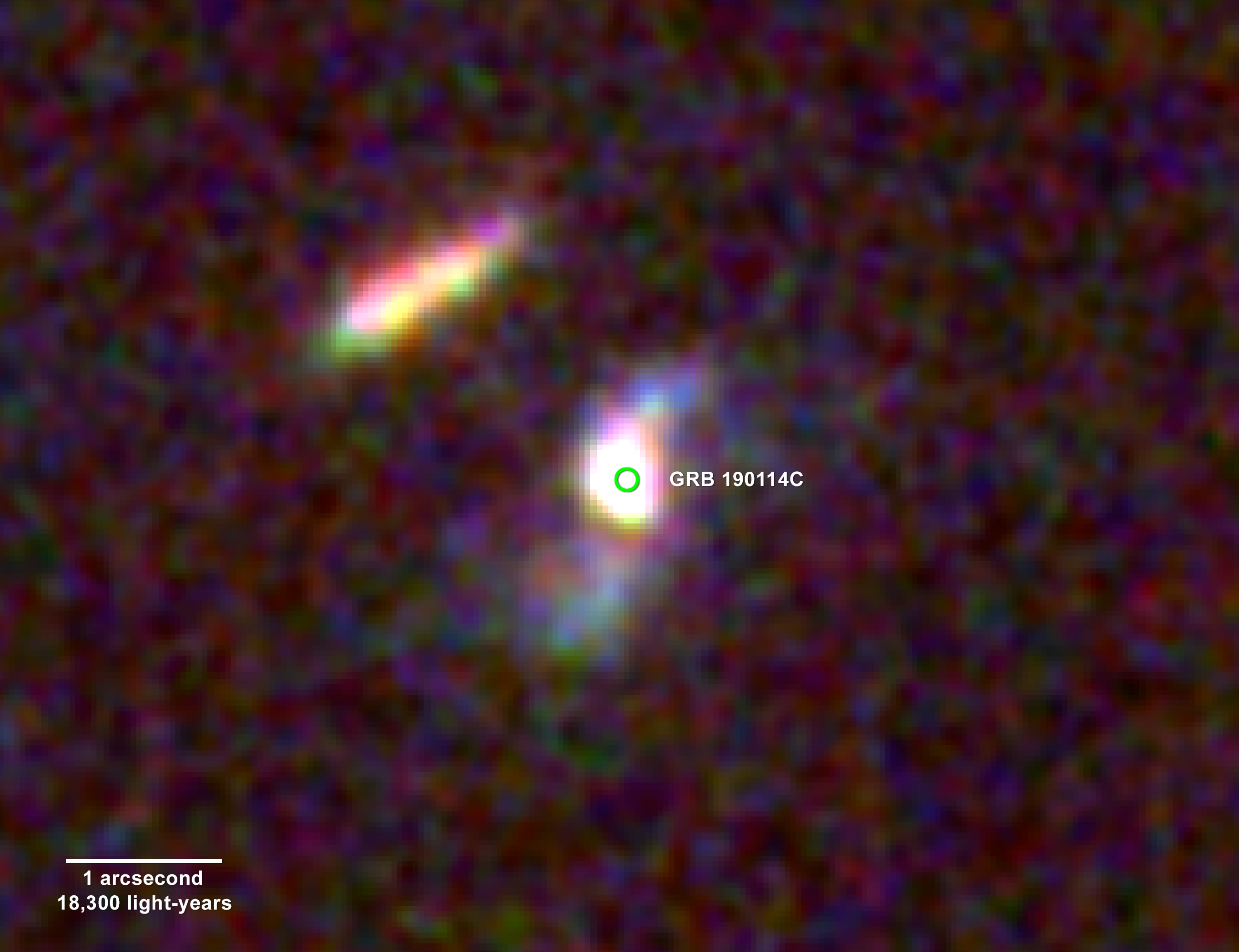 Download Options
The fading afterglow of GRB 190114C and its home galaxy were imaged by the Hubble Space Telescope on Feb. 11 and March 12, 2019. The difference between these images reveals a faint, short-lived glow (center of the green circle) located about 800 light-years from the galaxy’s core. Blue colors beyond the core signal the presence of hot, young stars, indicating that this is a spiral galaxy somewhat similar to our own. It is located about 4.5 billion light-years away in the constellation Fornax. 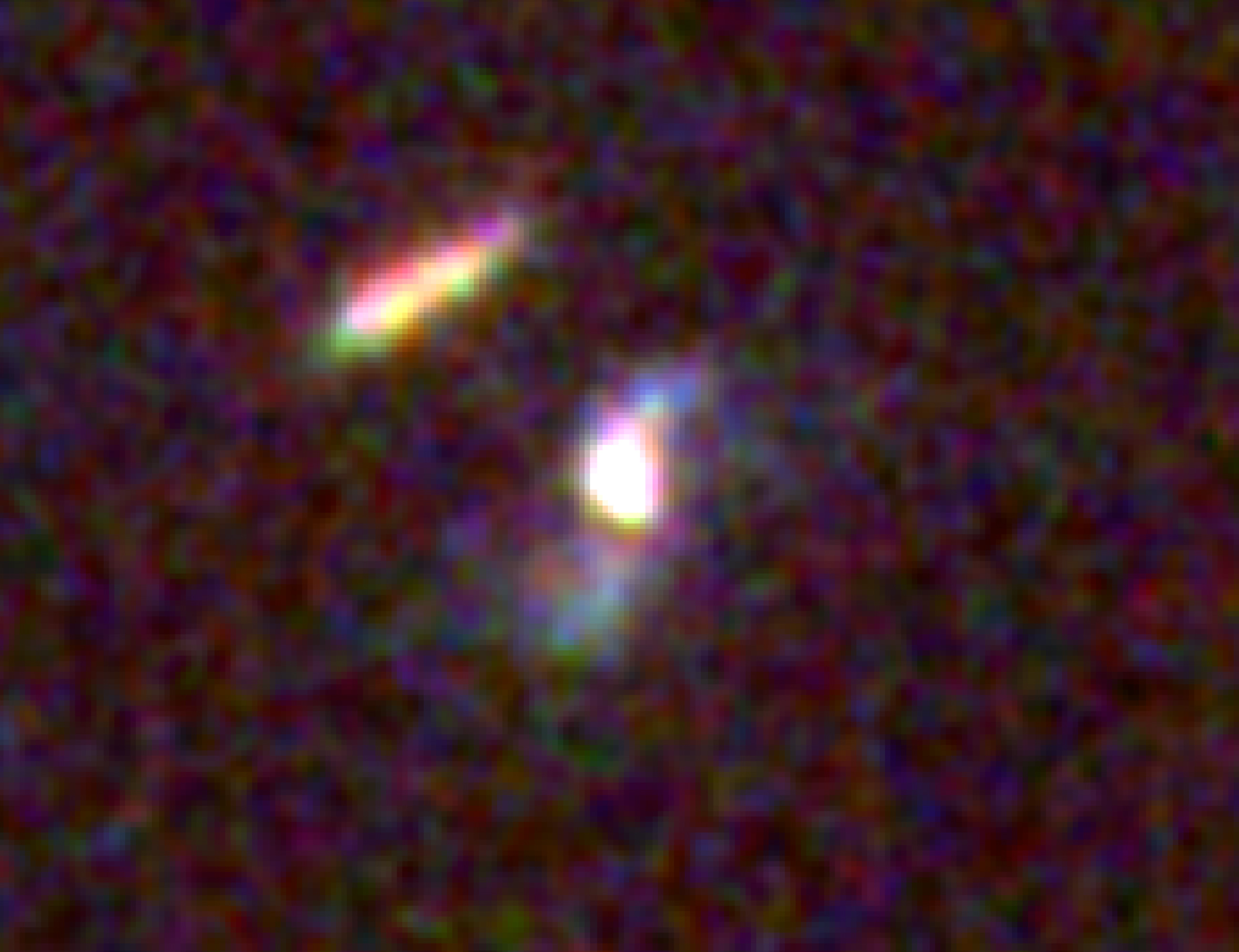 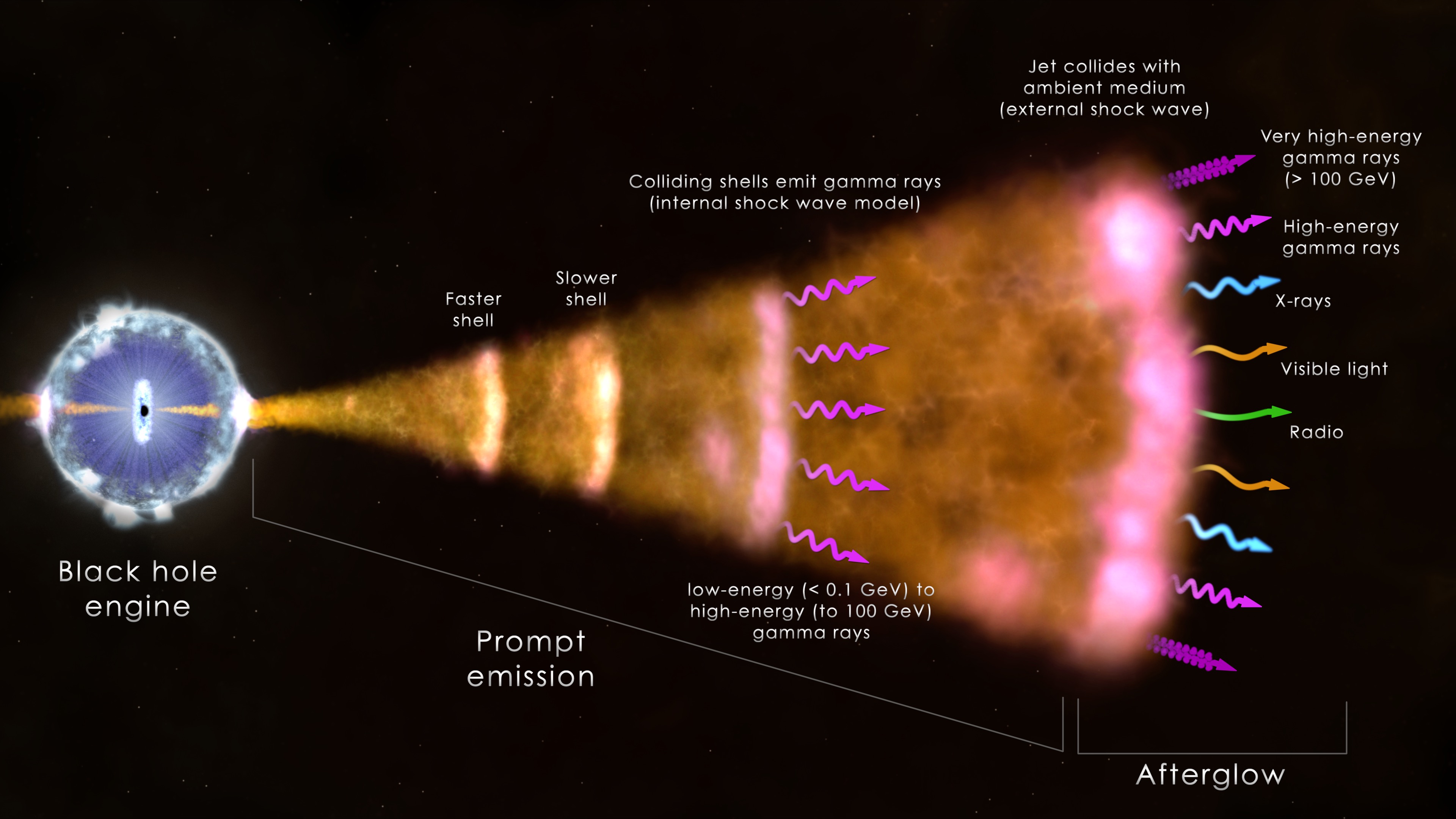 Download Options
Ground-based facilities have detected radiation up to a trillion times the energy of visible light from a cosmic explosion called a gamma-ray burst. This illustration shows the set-up for the most common type. The core of a massive star (left) has collapsed and formed a black hole. This “engine” drives a jet of particles that moves through the collapsing star and out into space at nearly the speed of light. The prompt emission, which typically lasts a minute or less, may arise from the jet’s interaction with gas near the newborn black hole and from collisions between shells of fast-moving gas within the jet (internal shock waves). The afterglow emission occurs as the leading edge of the jet sweeps up its surroundings (creating an external shock wave) and emits radiation across the spectrum for some time — months to years, in the case of radio and visible light, and many hours at the highest gamma-ray energies yet observed. These far exceed 100 billion electron volts (GeV) for two recent GRBs. 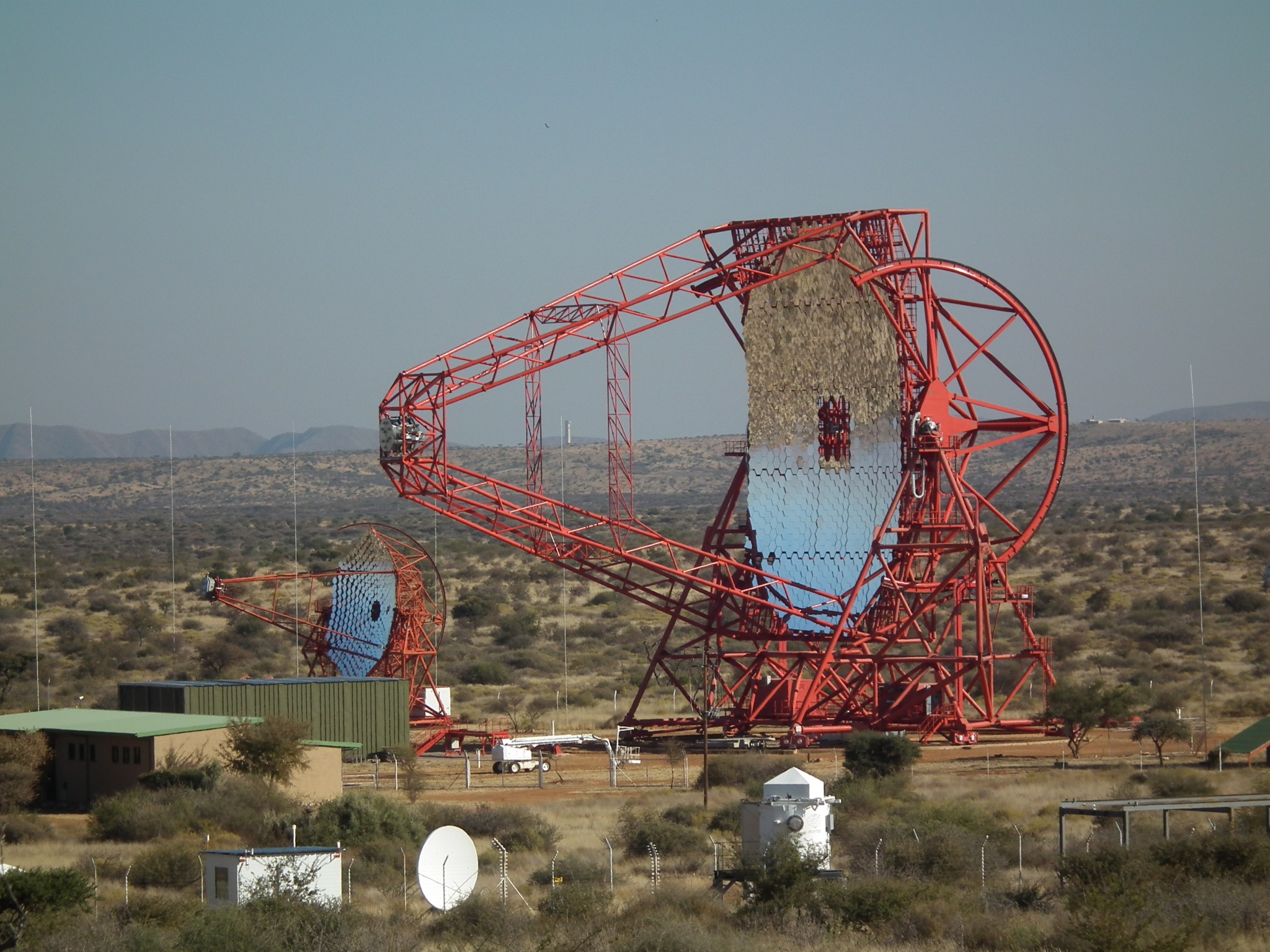 Download Options
The High Energy Stereoscopic System (H.E.S.S.) is an array of five ground-based gamma-ray telescopes located in Namibia in southern Africa. Four 12-meter telescopes — one is visible in the background — surround the larger H.E.S.S. II 28-meter telescope. As gamma rays impact the upper atmosphere, they strike air molecules and break them apart, creating showers of high-energy particles. These particles produce flashes of blue light called Cherenkov radiation, and a camera at the telescope’s focus records them. In July 2018, H.E.S.S. II detected gamma rays with energies up to 440 GeV from GRB 180720B, some of the highest energies ever seen from a gamma-ray burst. 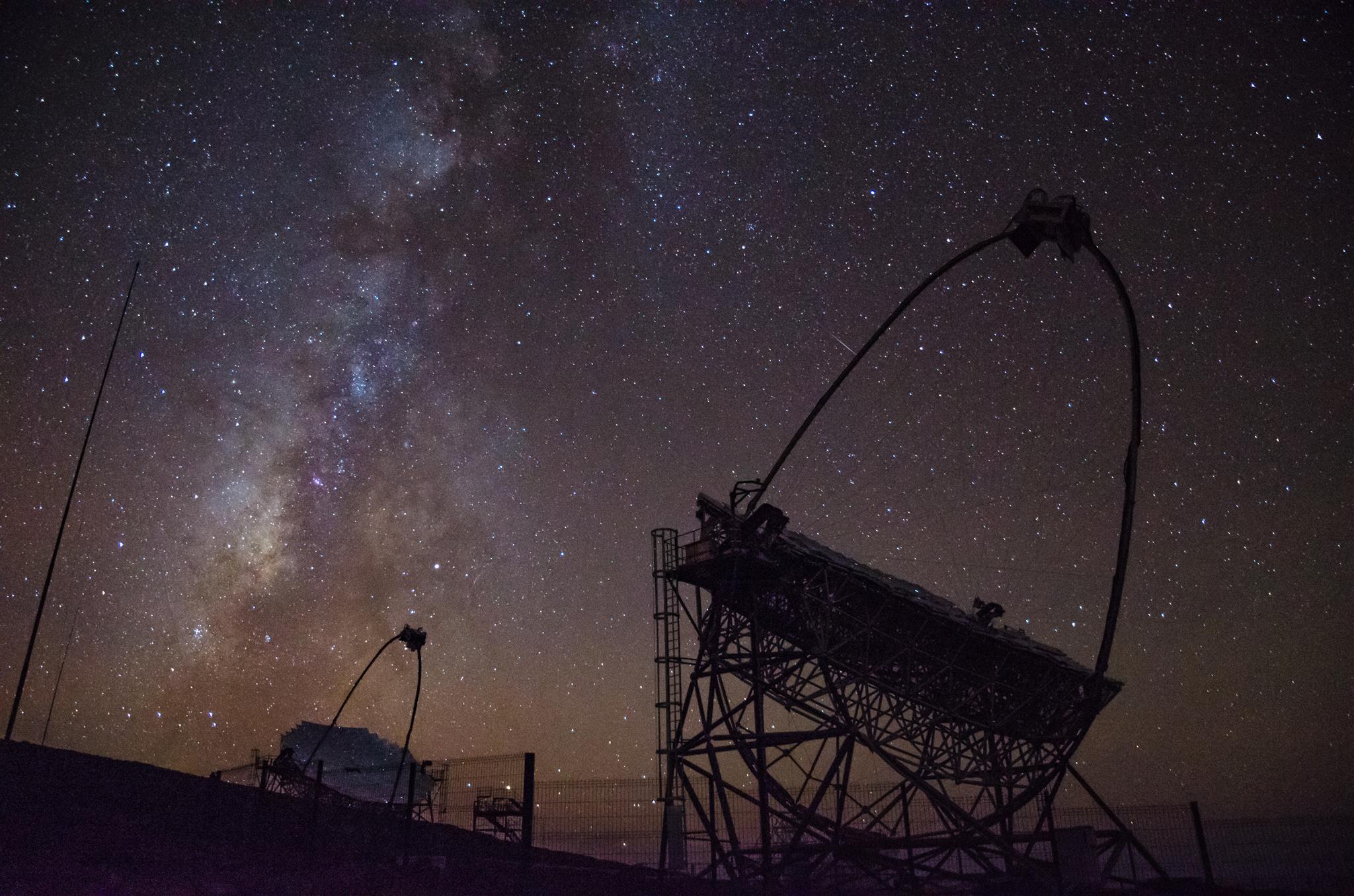 Download Options
The Milky Way serves as a backdrop for the two 17-meter MAGIC telescopes. 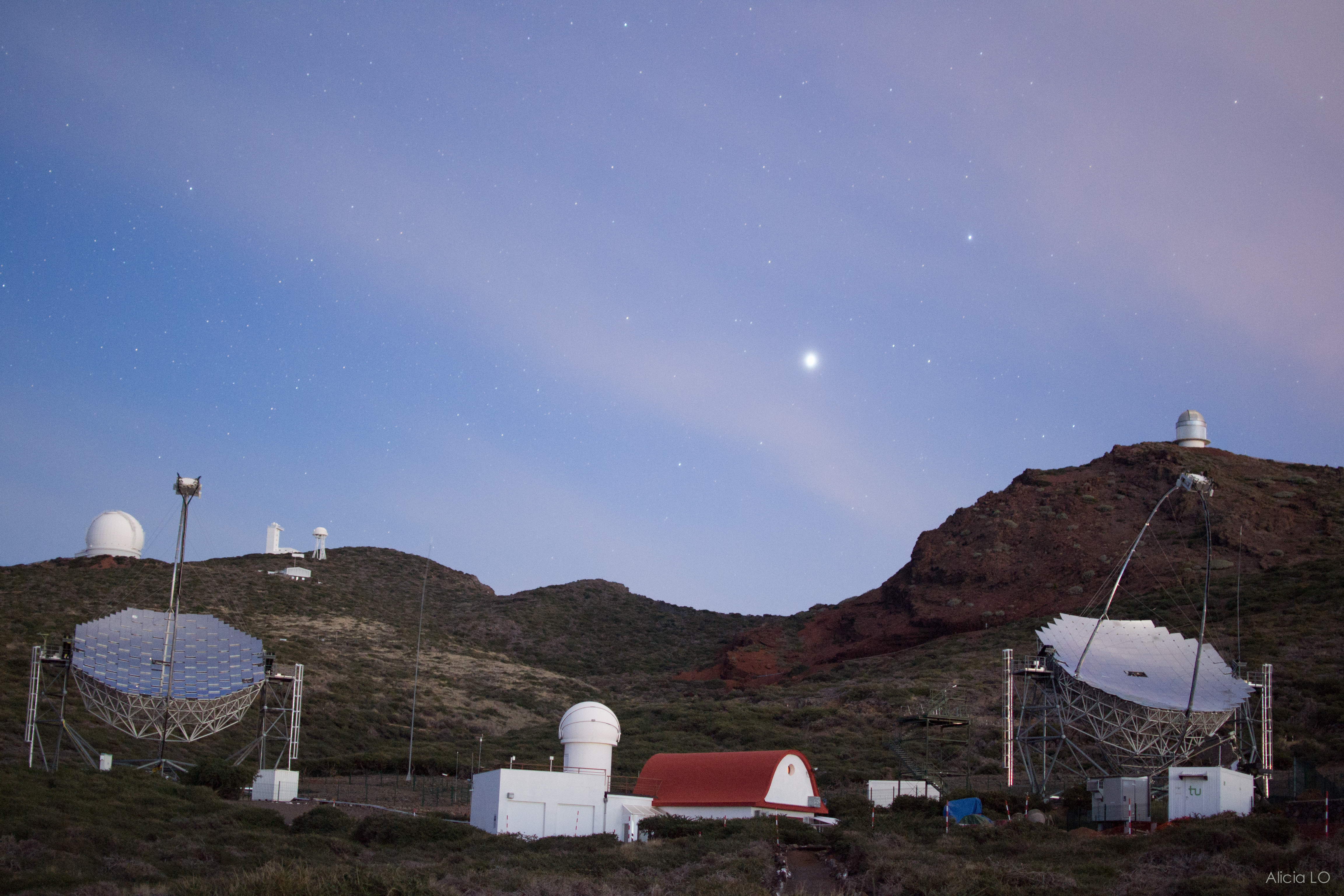