Released on July 18, 2019
Download
The James Webb Space Telescope is the most complex telescope ever made. Over 100 different companies and various NASA facilities in the United States have contributed to the James Webb Space Telescope. This feature shows off the various groups that have helped make this telescope possible and where they are around the country.
Download
B-roll clips from the US contributor map feature.
Download
Additonal clips of US contributor map for use. 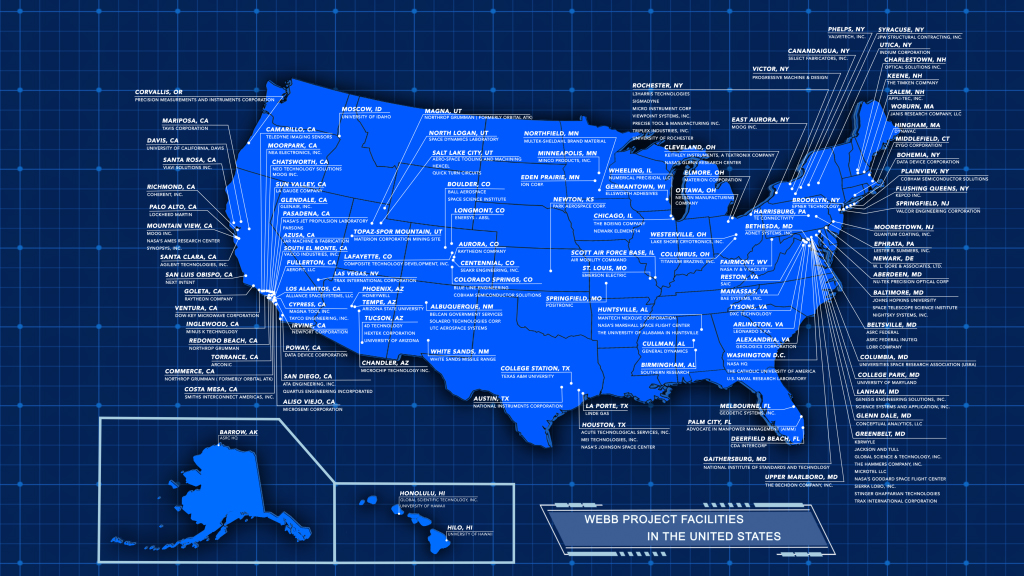