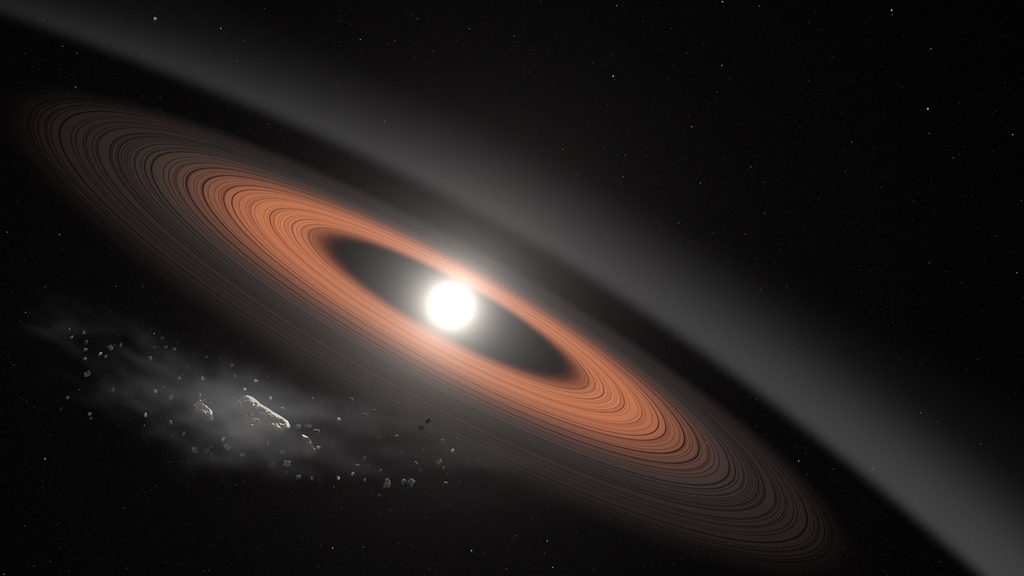 Download Options
In this illustration, an asteroid (bottom left) breaks apart under the powerful gravity of LSPM J0207+3331, the oldest, coldest white dwarf known to be surrounded by a ring of dusty debris. Scientists think the system’s infrared signal is best explained by two distinct rings composed of dust supplied by crumbling asteroids.