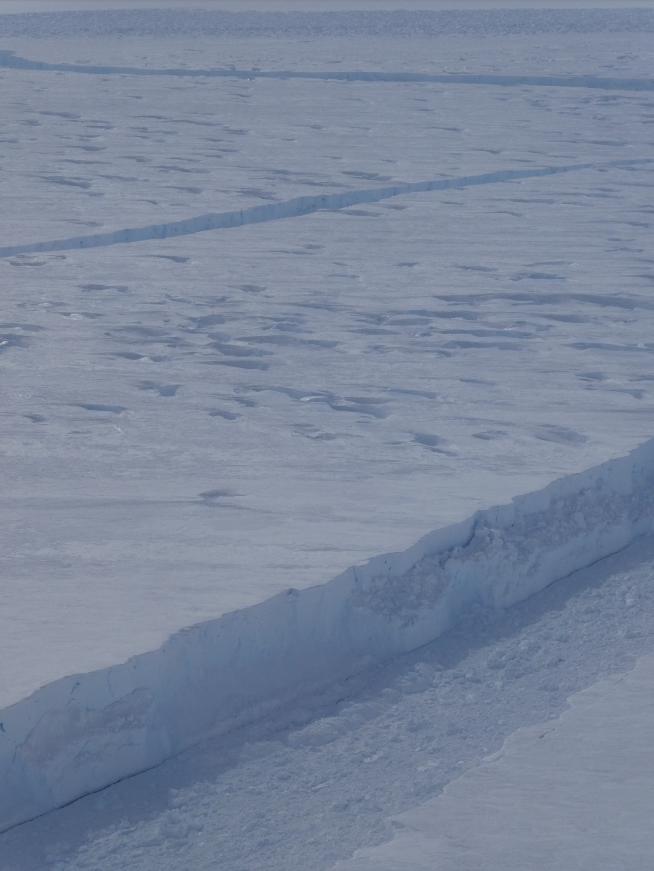 Download Options
A sheer wall of the new iceberg B-46 looms over a mix of sea ice, bergy bit and snow at the base of Pine Island Glacier, as seen from a NASA Operation IceBridge flight on Nov. 7 (Credit: NASA/Kate Ramsayer) 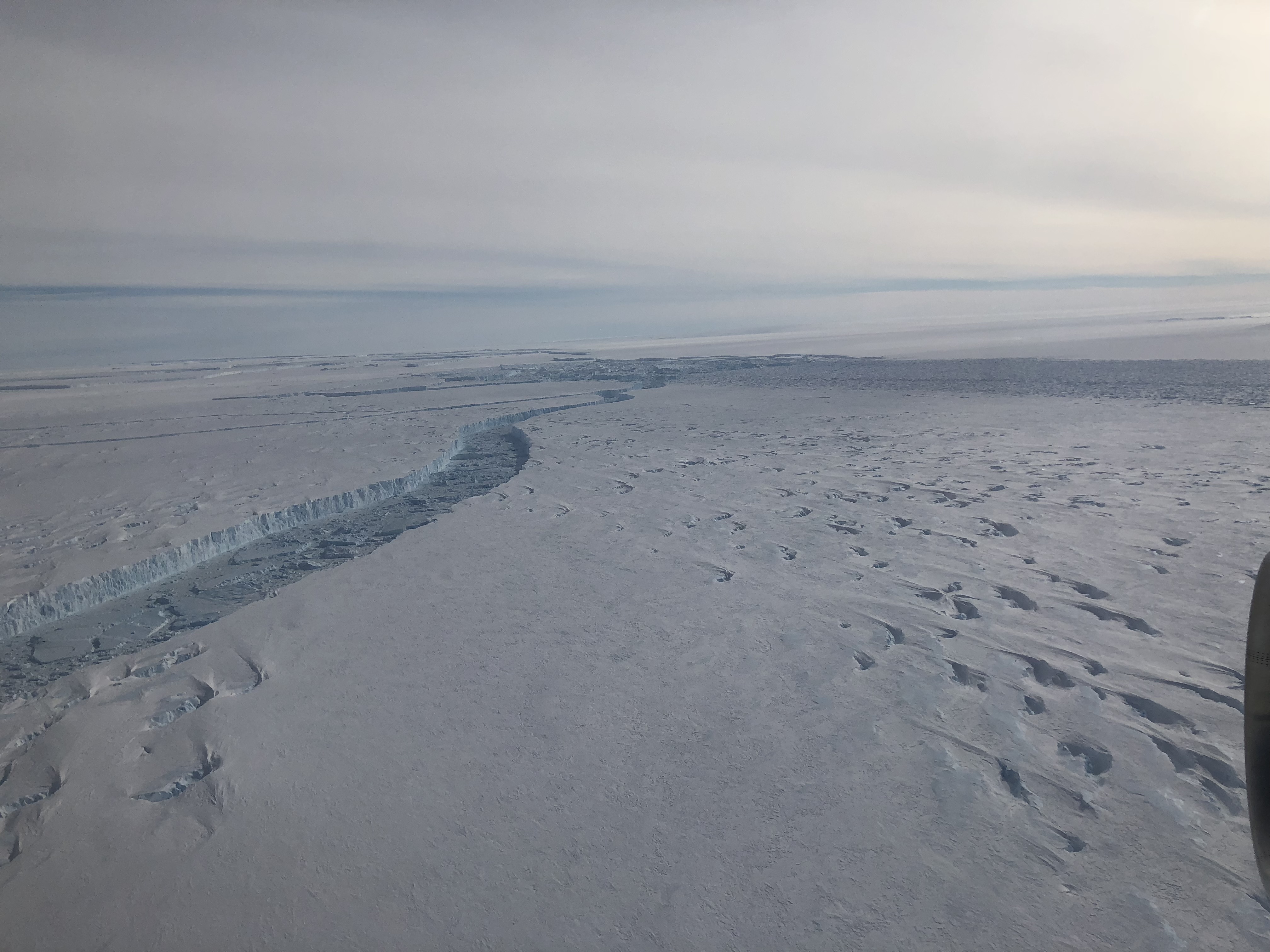 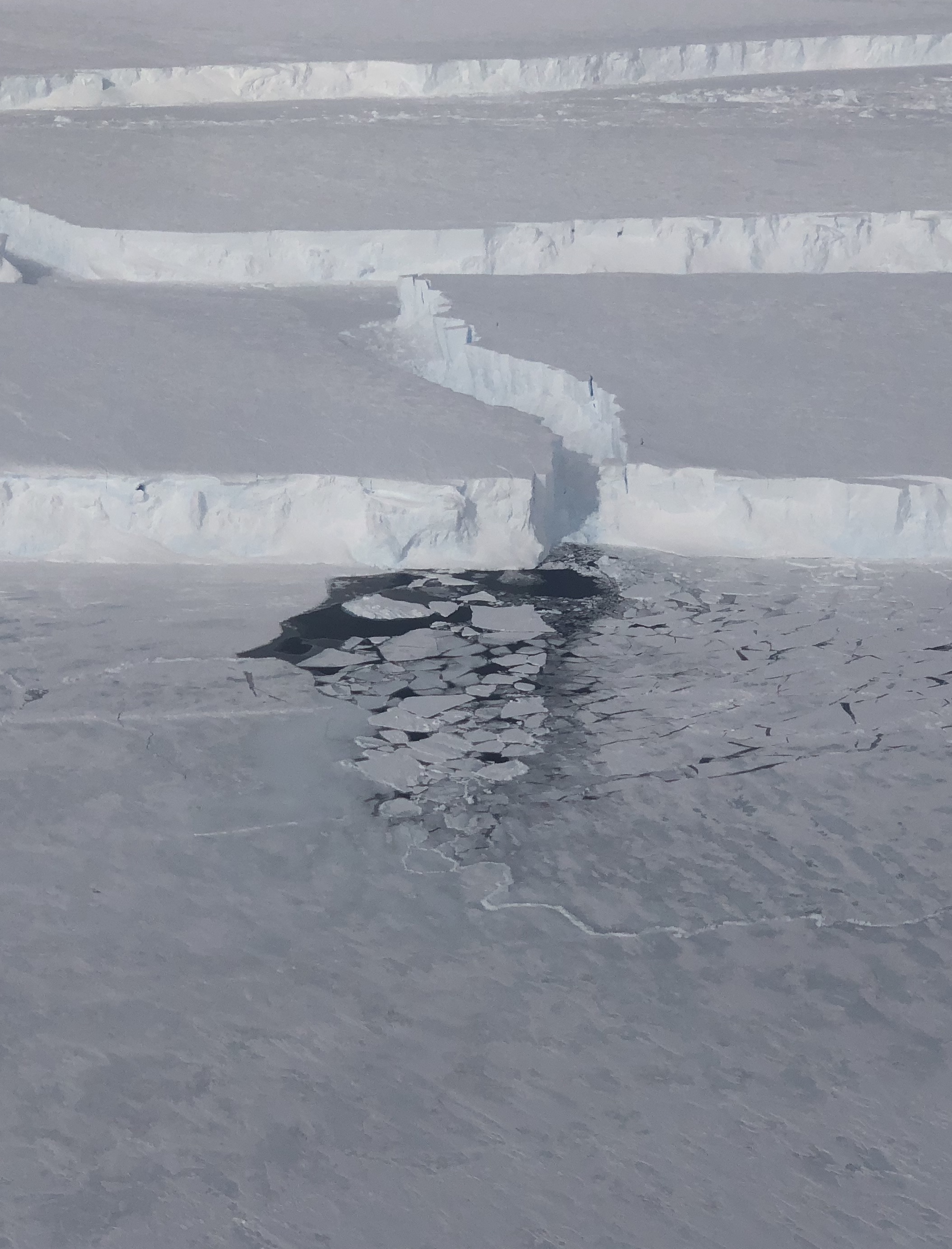 Download Options
New sea ice forms near a crack in a small iceberg that broke off from pine island glacier. (NASA/Kate Ramsayer)