2018 Ozone Hole Is a Reminder of What Almost Was 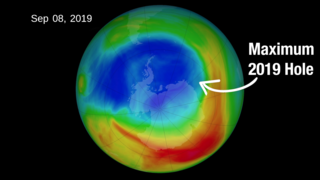