Released on July 25, 2018
Download Options
The James Webb Space Telescope will be the world's premier space science observatory. Webb will solve mysteries of our solar system, look beyond to distant worlds around other stars, and probe the mysterious structures and origins of our universe and our place in it. Webb is an international project led by NASA with its partners, the European Space Agency (ESA) and the Canadian Space Agency (CSA). 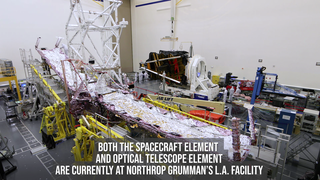 Webb - A Tale of Precise Construction

Webb - A Tale of Precise Construction