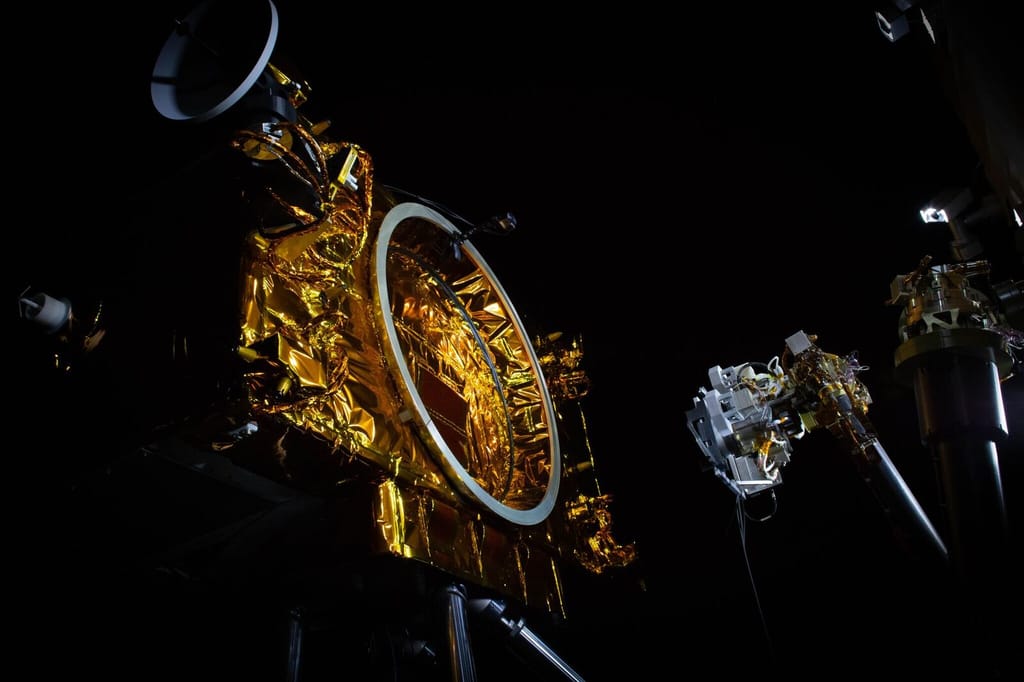 Download Options
Credit: NASA Goddard/Rebecca Roth
Download Options
This time-lapse of lights out testing shows how a robotic arm attached to a servicer satellite would approach and grasp a client satellite.

Download Options
This time-lapse of lights out testing shows the hexapod robot's six degrees of freedom. The hexapod can move forward and backward (surge), up and down (heave) and left and right (sway). The wide range of movement can mimic the way a satellite moves in space. 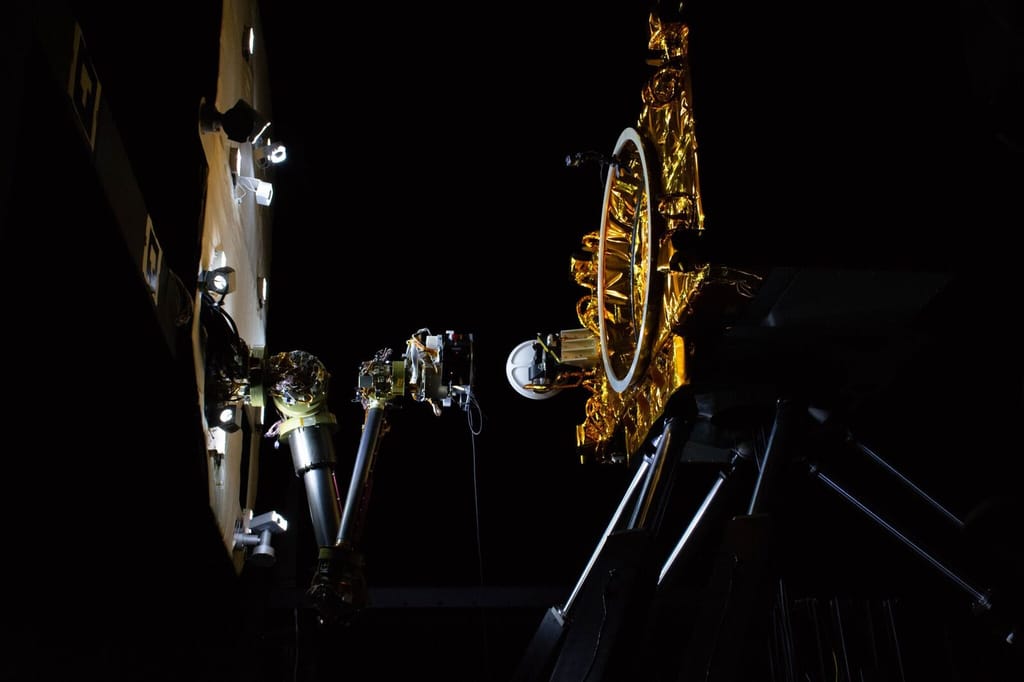 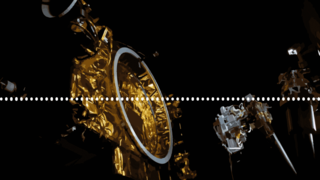