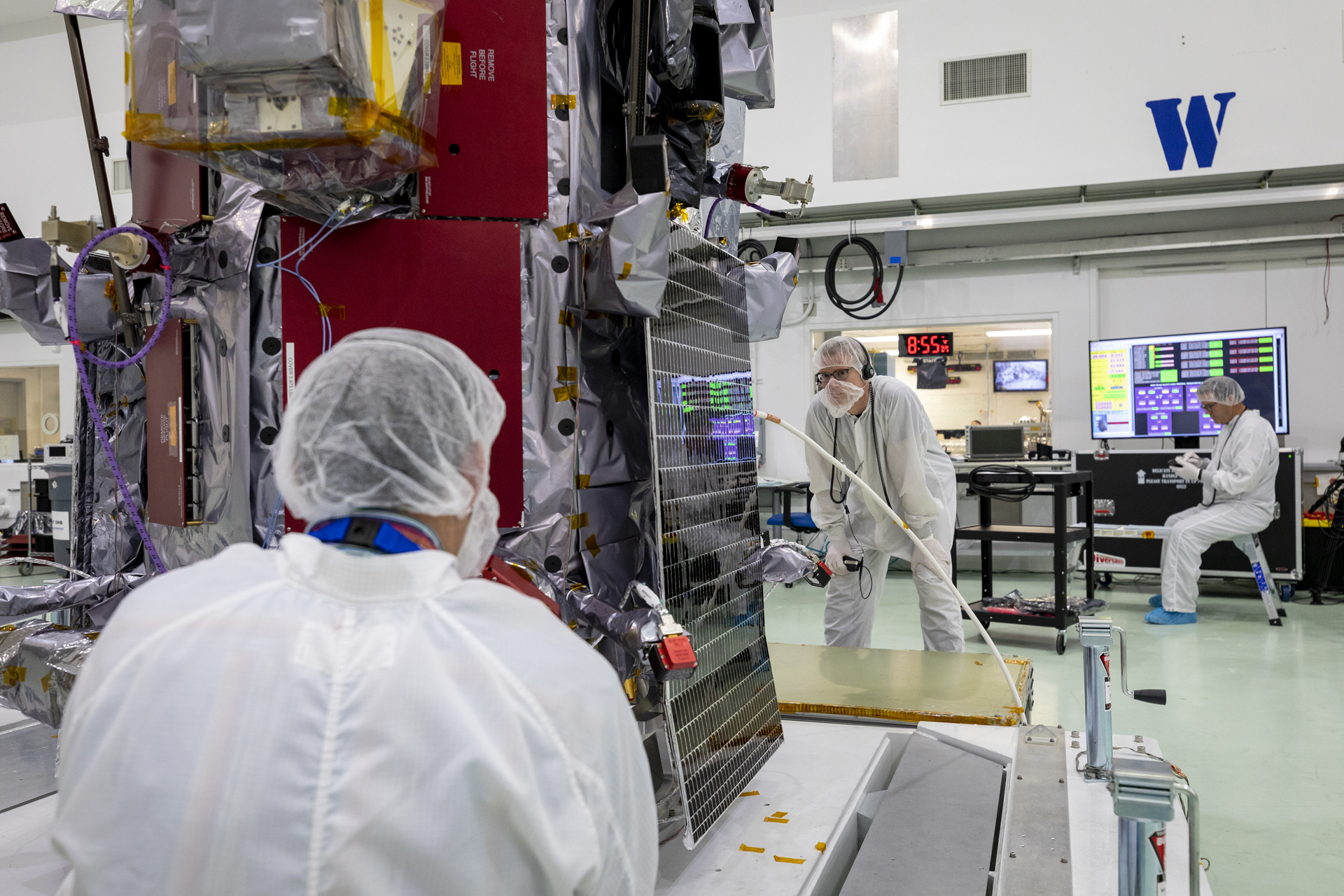 Download Options
Members of the Parker Solar Probe team examine and align one of the spacecraft’s two solar arrays on May 31, 2018. 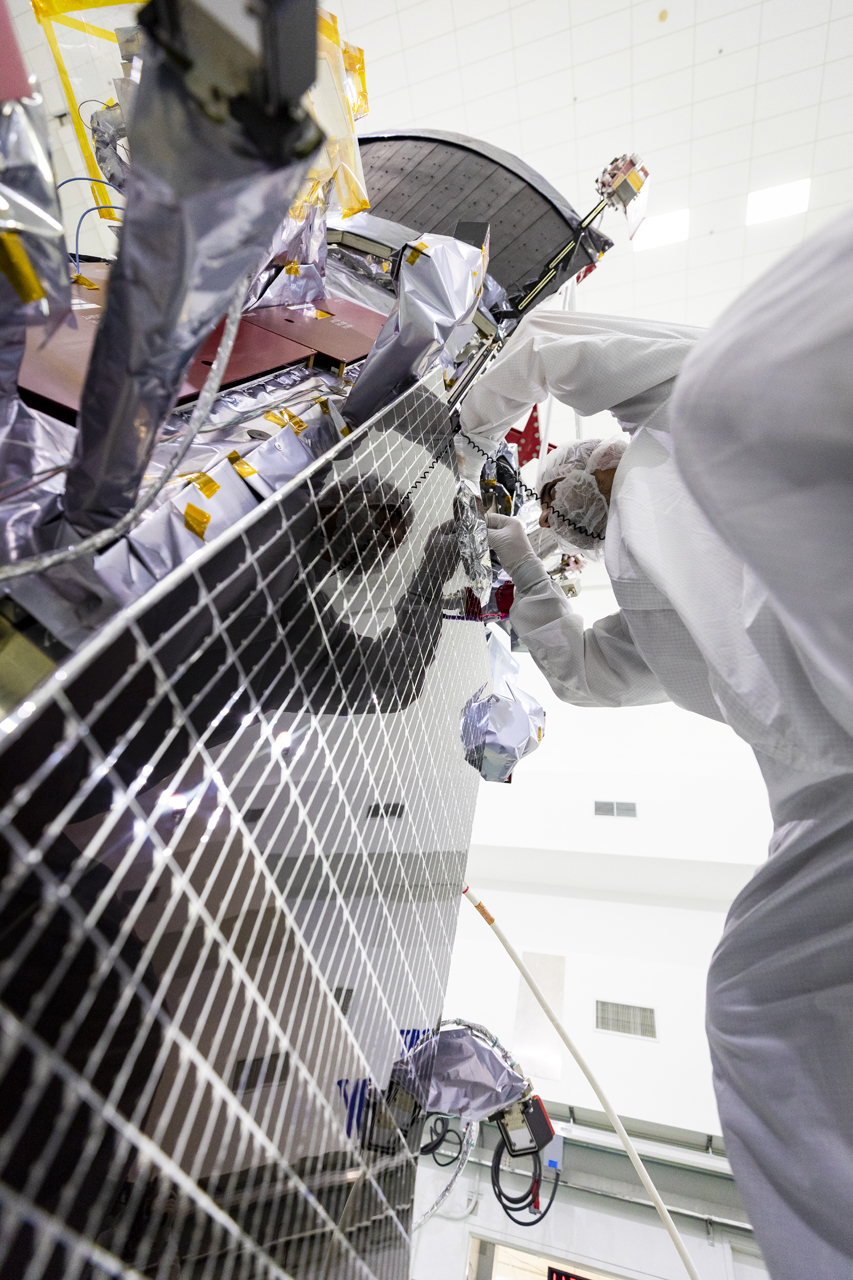 Download Options
A member of the Parker Solar Probe team examines one of the spacecraft’s two solar arrays on May 31, 2018. 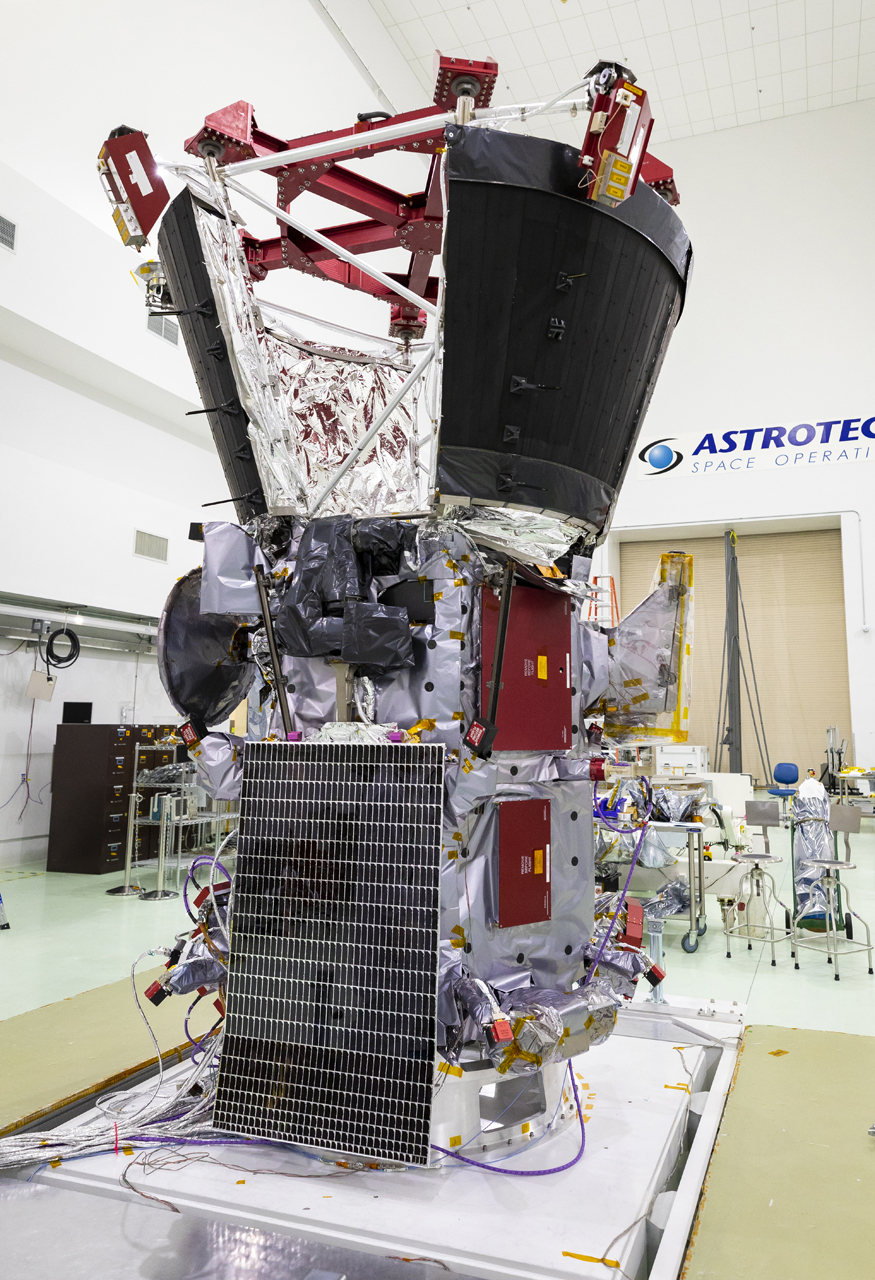 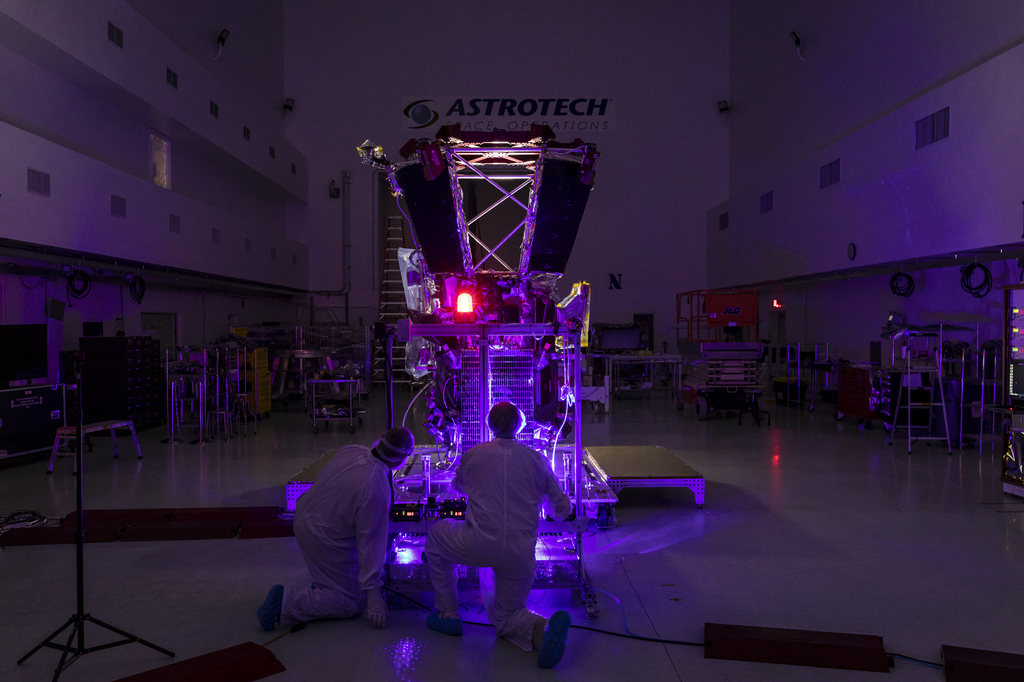 Download Options
After installation of the solar arrays on May 31, 2018, Parker Solar Probe team members use a laser to illuminate the solar cells and verify that they can create electricity and transfer it to the spacecraft.