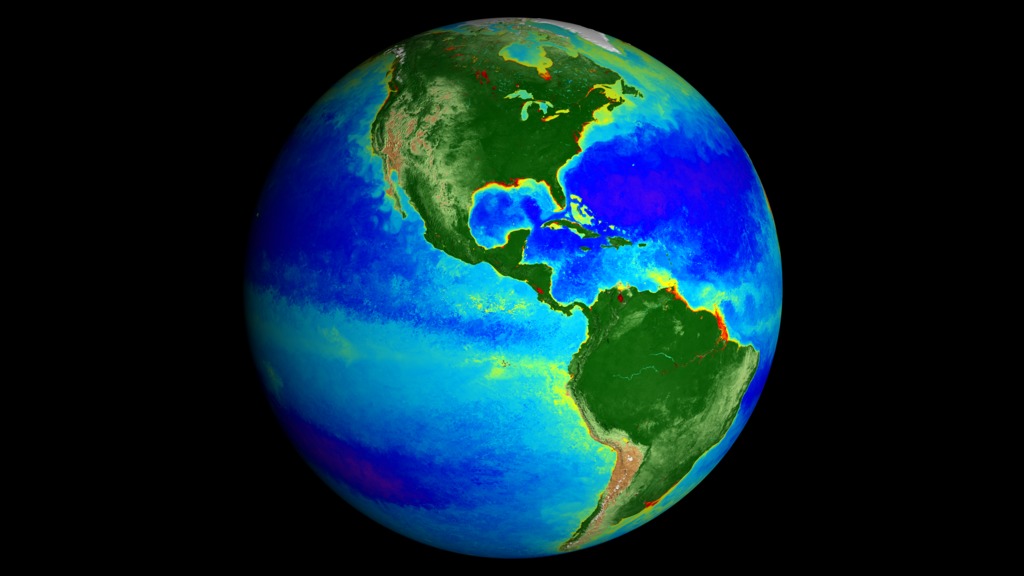 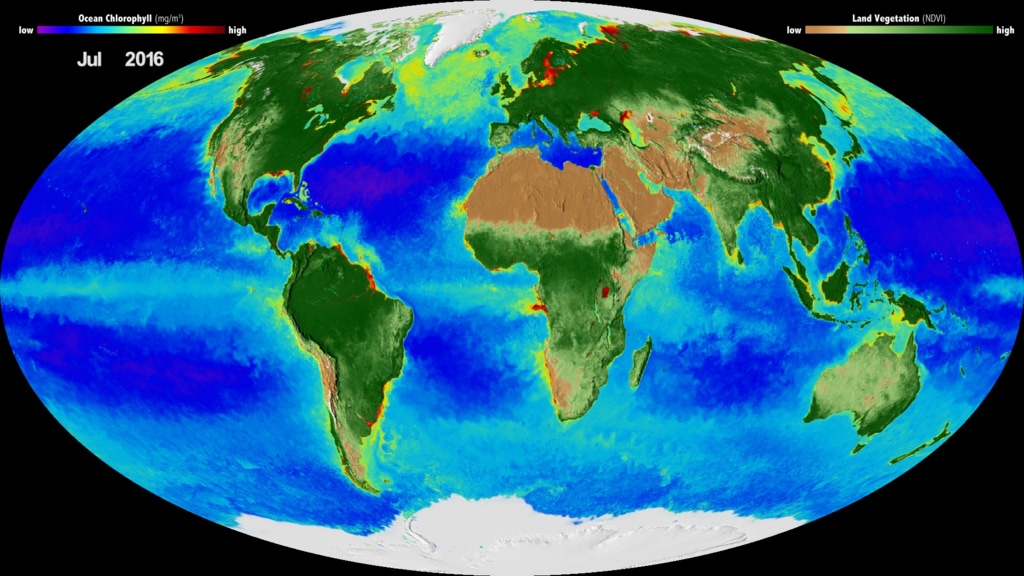 Download
In July, plants turn the far reaches of the Northern Hemisphere green. 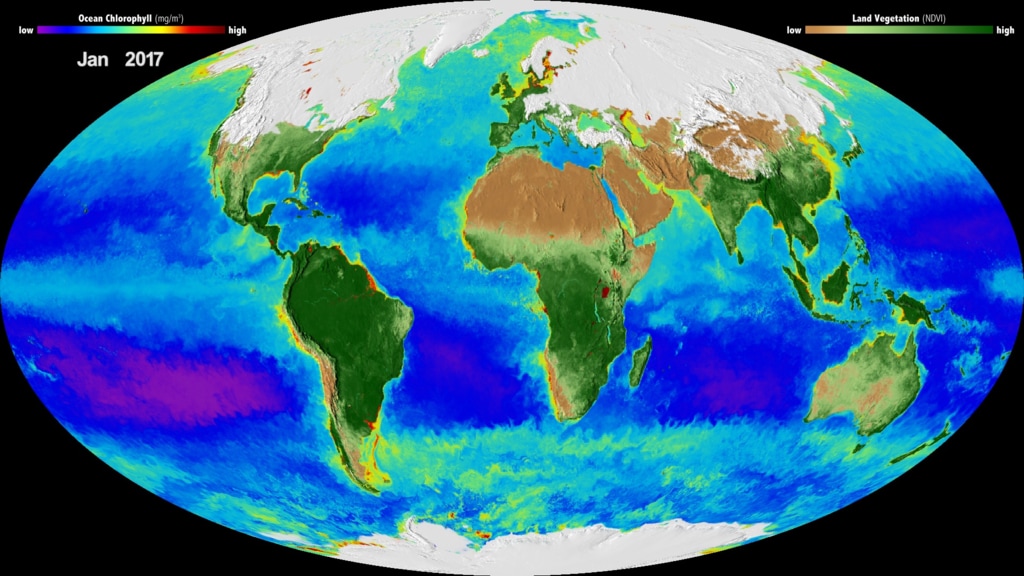 Download
In January, snow dominates the north while in South America and Africa vegetation extends southward. 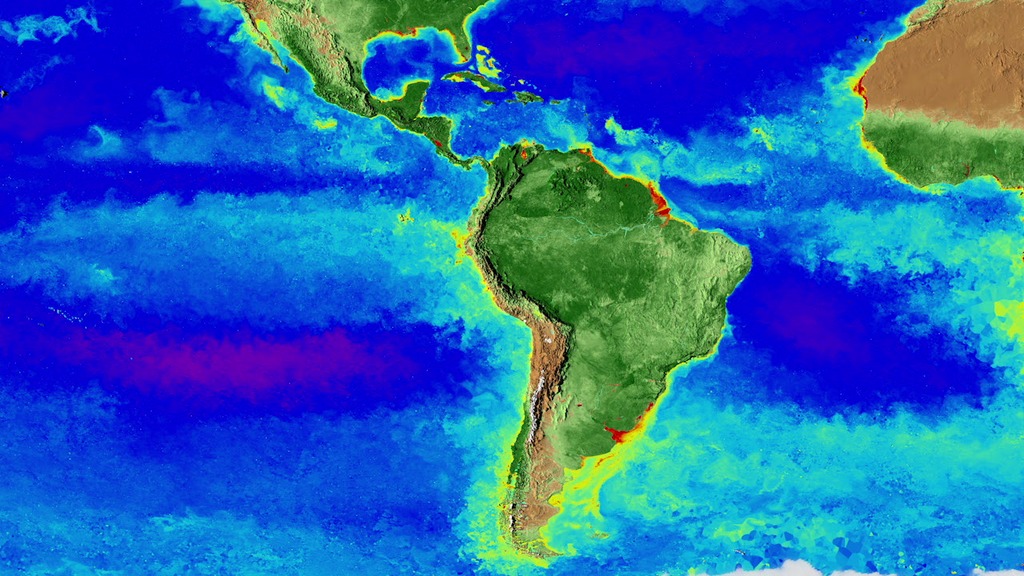 Download
Phytoplankton, in light blues to yellow, are at the base of the marine food chain. Low levels are shown in purple, a "desert" in the ocean. 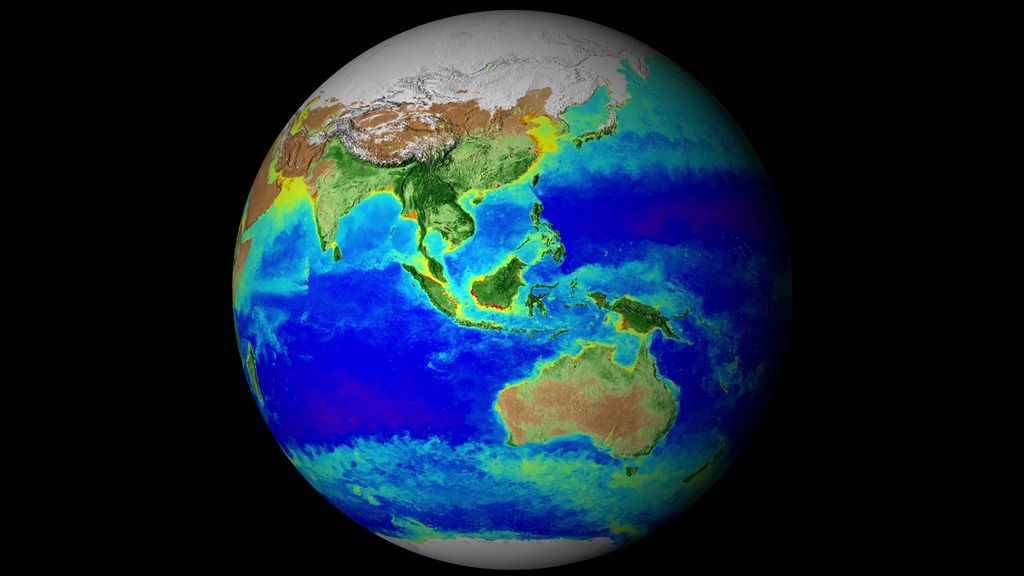 Download
The Southern Ocean around Antarctica and the coastal waters of southeast Asia and Australia teem with life.