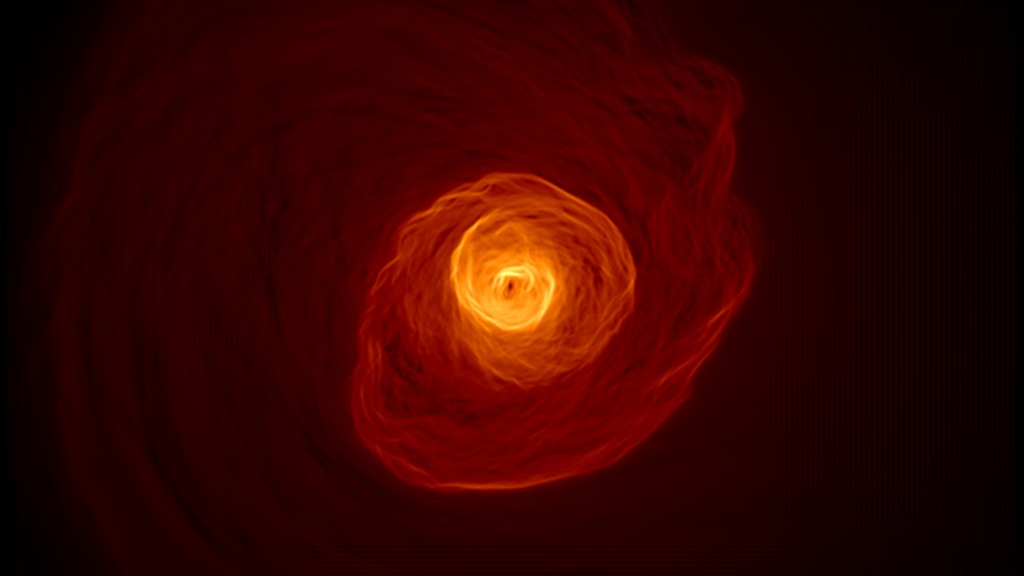 Download
When a small galaxy cluster disturbs a larger one, giant waves emanate for millions of years.
Download
Chandra images and a computer simulation show a wave spanning 200,000 light-years roll through the Perseus galaxy cluster. 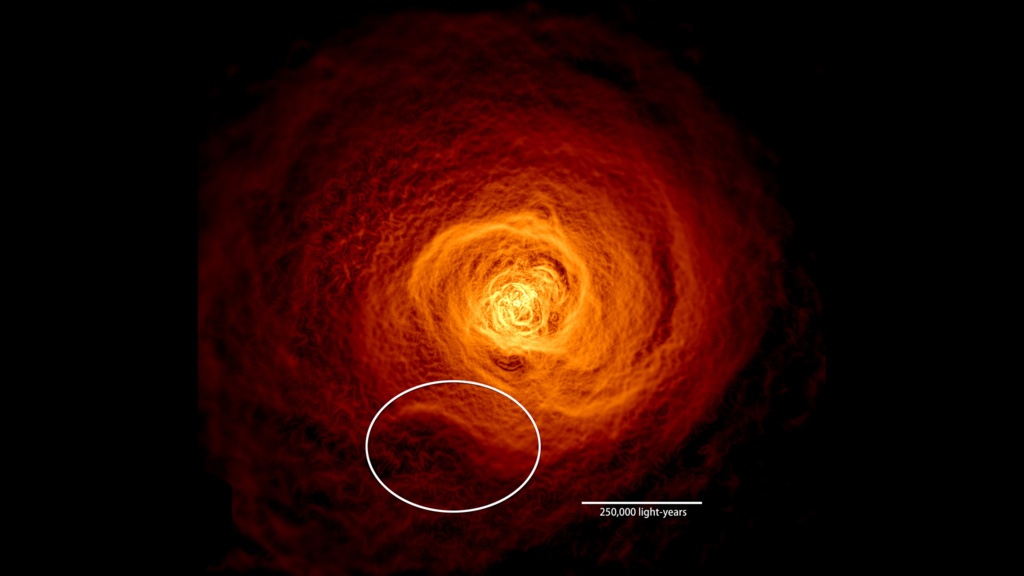 Download
The mysterious, curved "bay" feature is highlighted in the circle of this X-ray image of the Perseus galaxy cluster. 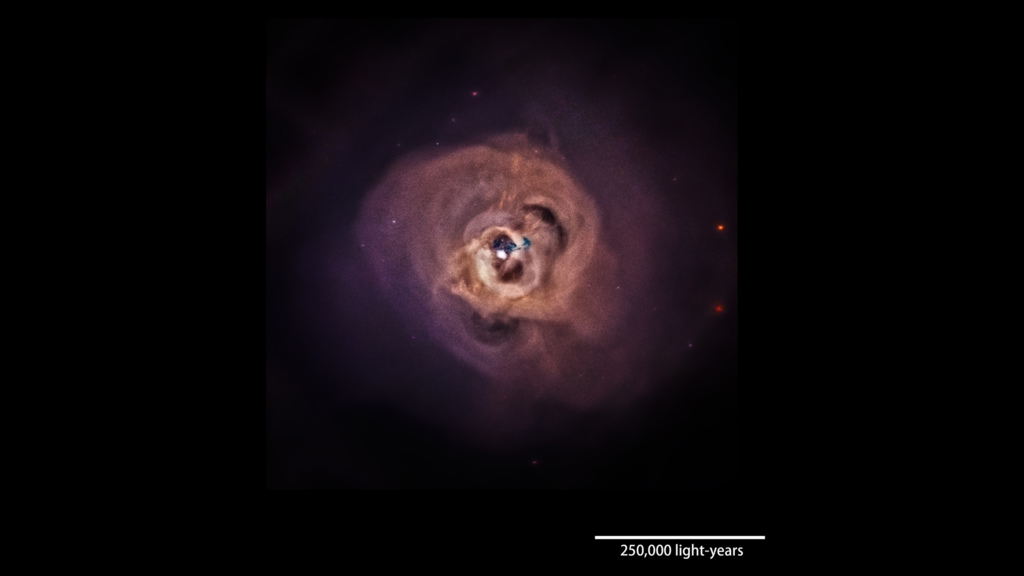 Download
The hot gas in the Perseus galaxy cluster is shown in this X-ray image compiled from 16 days of Chandra observations. 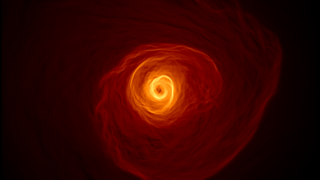 Please give credit for this item to:
NASA's Goddard Space Flight Center.