Released on August 8, 2017
Download Options
Animated illustration of the feedback process thought to be occurring in active galactic nuclei (AGN). 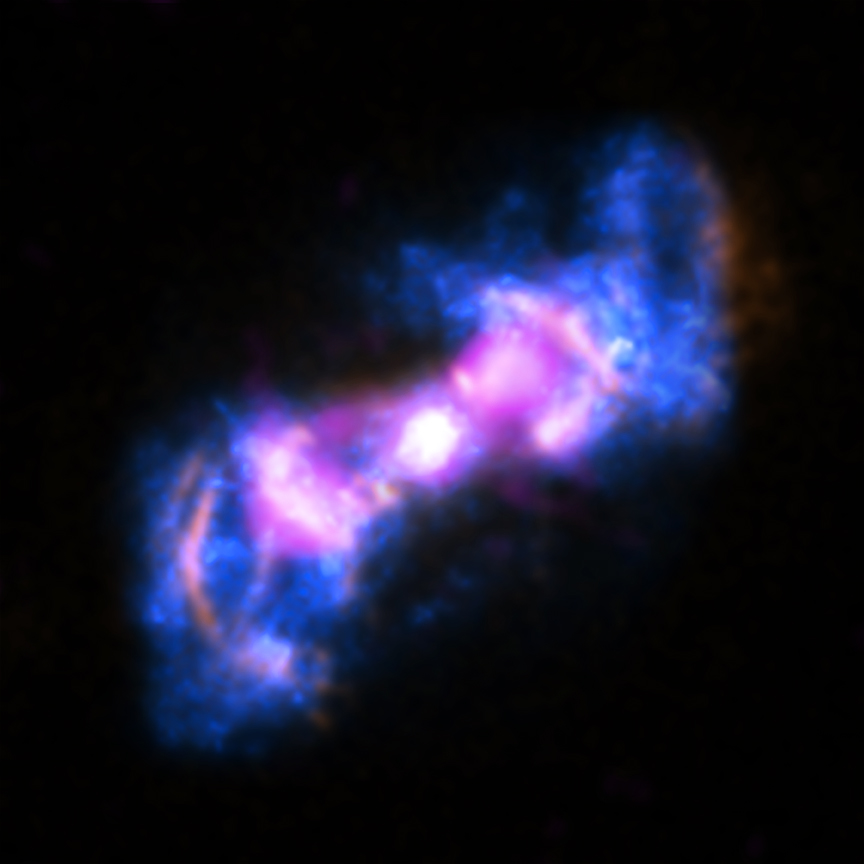 Download Options
This composite view of the active galaxy Markarian 573 combines X-ray data (blue) from NASA's Chandra X-ray Observatory and radio observations (purple) from the Karl G. Jansky Very Large Array in New Mexico with a visible light image (gold) from the Hubble Space Telescope. Markarian 573 is an active galaxy that has two cones of emission streaming away from the supermassive black hole at its center. Several lines of evidence suggest that in active galaxies, a wide, thick ring of cool gas and dust, called a torus, blocks some of the radiation emitted by matter falling into their central supermassive black holes. What astronomers see depends on how the torus is angled toward Earth. 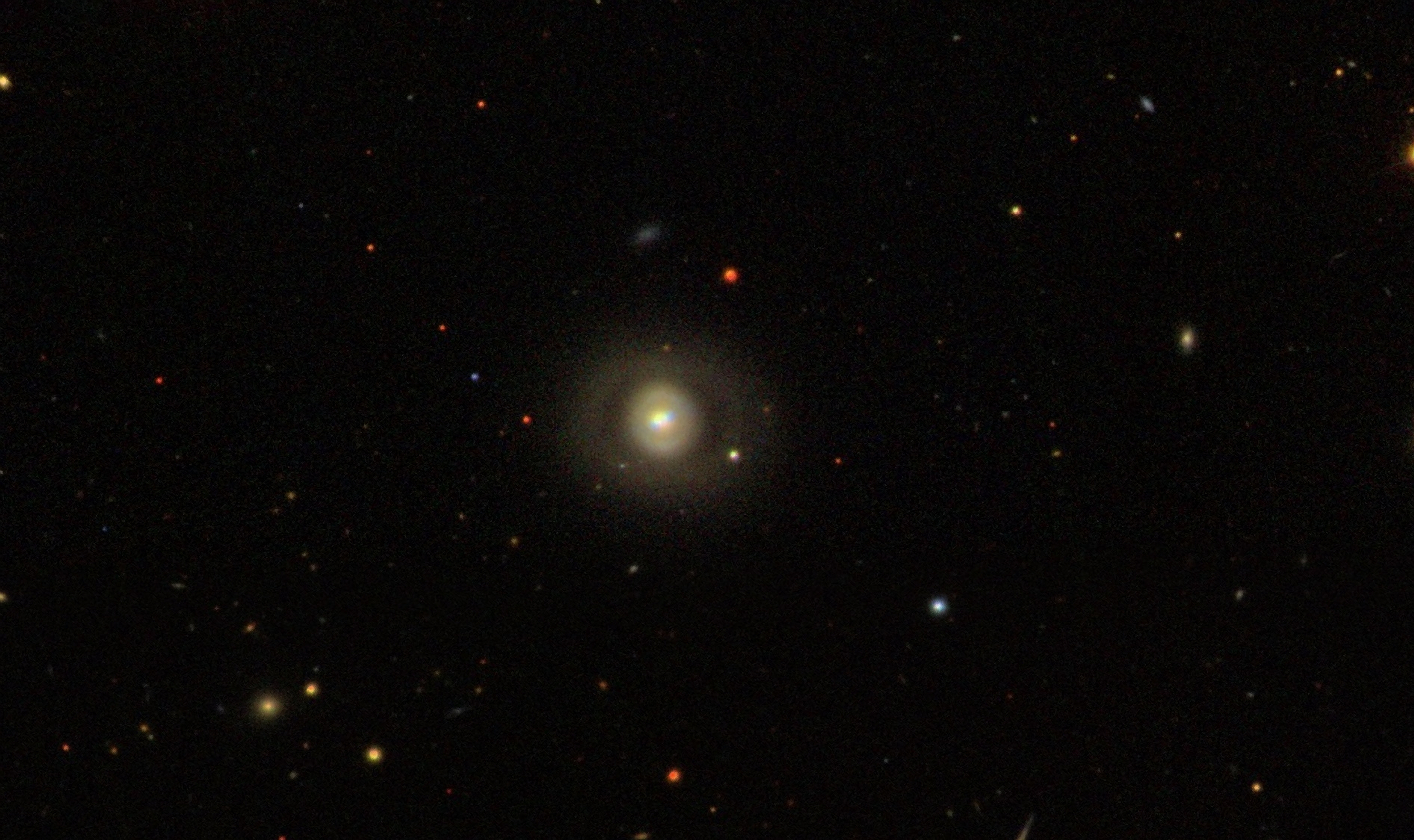 Download Options
Markarian 573, imaged here by the Sloan Digital Sky Survey, is an active galaxy located about 240 million light years away in the constellation Cetus. 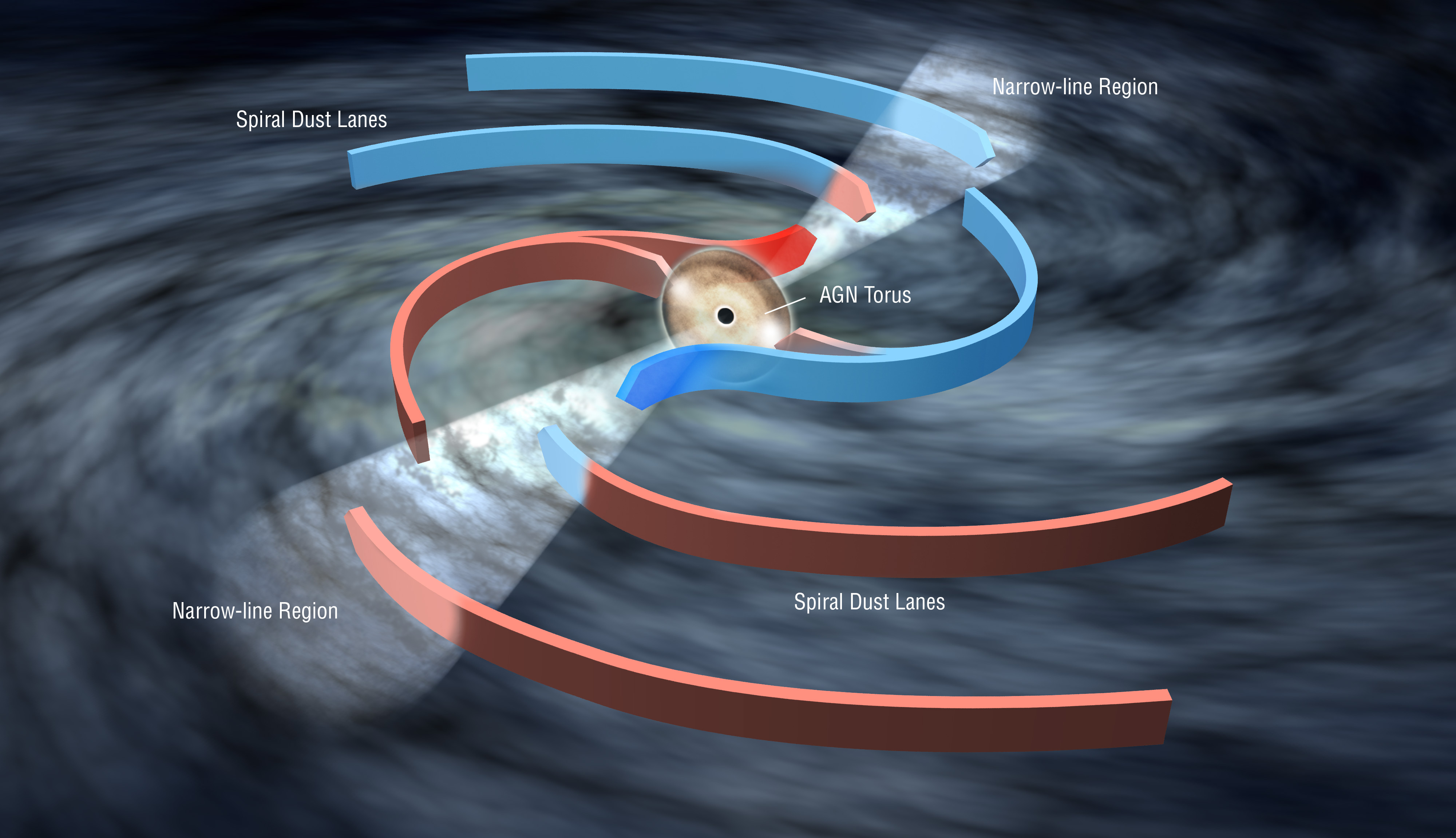 Download Options
This illustration shows how the AGN feedback process works in Markarian 573. Gas throughout the disk of the galaxy initially rotates in the disk’s plane. Once the AGN turns on, gas in the spiral arms pass through cones of radiation emitted by the supermassive black hole and become ionized. Gas located less than about 2,500 light-years from the AGN is accelerated away, forming fast-moving outflows (darker red and blue arrows). Gas located at larger distances becomes ionized but remains within the galaxy. 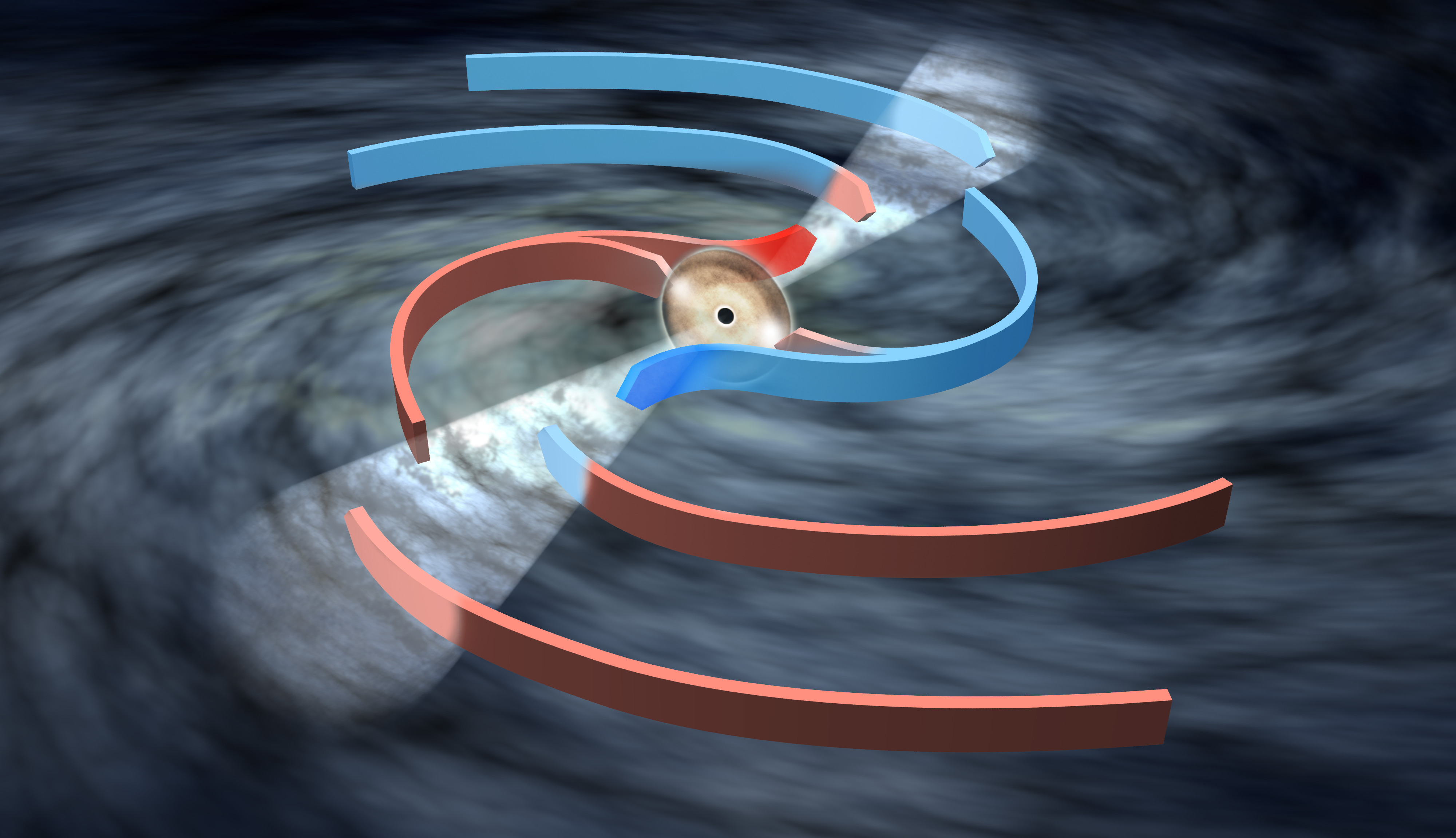 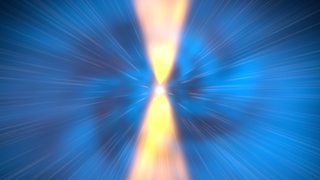 Please give credit for this item to:
NASA's Goddard Space Flight Center, but credit individual content as indicated.