Download Options
Scientists are using NASA's Earth-observing satellites to better understand how the environment affects where and when malaria outbreaks occur. A GIF optimized for posting on Twitter.

Download Options
NASA satellites measure precipitation and other environmental conditions that can give clues to where mosquito breeding sites are likely to form. A GIF optimized for posting on Twitter.

Download Options
There are roughly 40 malaria-transmitting mosquitoes worldwide. Anopheles darlingi mosquitoes are most responsible for spreading malaria in the Peruvian Amazon. A GIF optimized for posting on Twitter. 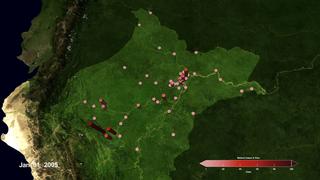 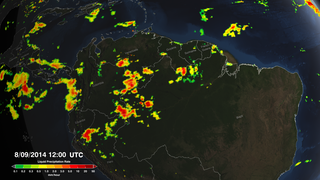