Released on February 11, 2017
Download Options
The Solar Dynamics Observatory, or SDO, has now captured nearly seven years worth of ultra-high resolution solar footage. This time lapse shows that full run from two of SDO's instruments. The large orange sun is visible light captured by the Helioseismic and Magnetic Imager, or HMI. The smaller golden sun is extreme ultraviolet light from the Atmospheric Imaging Assembly, or AIA, and reveals some of the sun's atmosphere, the corona. Both appear at one frame every 12 hours. SDO's nearly unbroken run is now long enough to watch the rise and fall of the current solar cycle. The graph of solar activity shows the sunspot number, a measurement based on the number of individual spots and the number of sunspot groups. In this case, the line represents a smoothed 26-day average to more clearly show the overall trend.

Download Options
Shortened version of the time lapse with the HMI visible sun only.

Download Options
The time lapse portion of the video only, with more detail related to the sunspot number. This version also shows the daily sunspot number as a numerical value and as a faint graph. 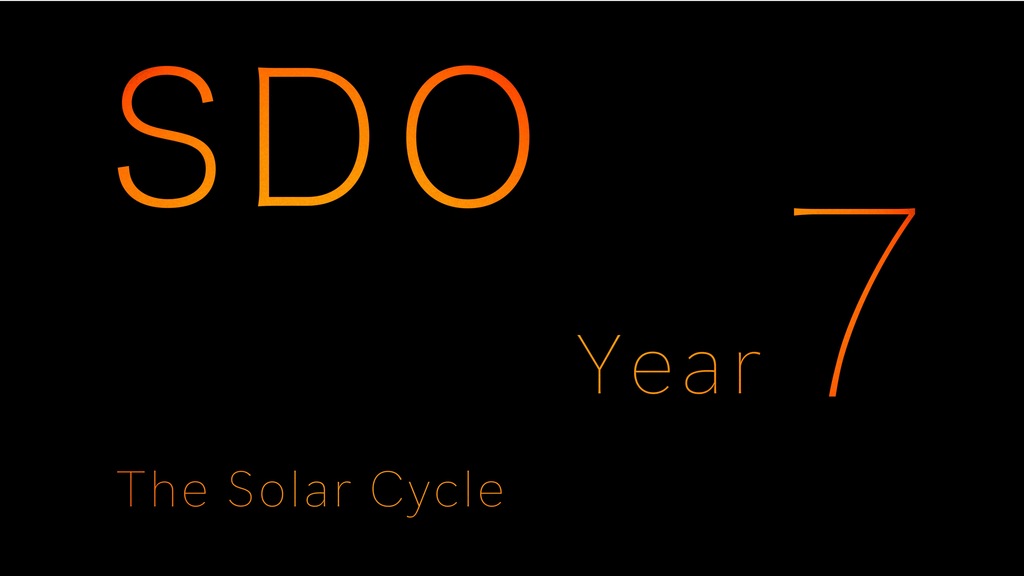 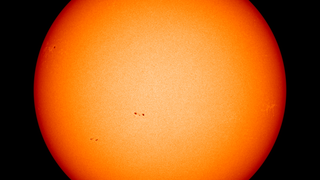 This item is part of these series:
SDO - Edited Features
Narrated Movies