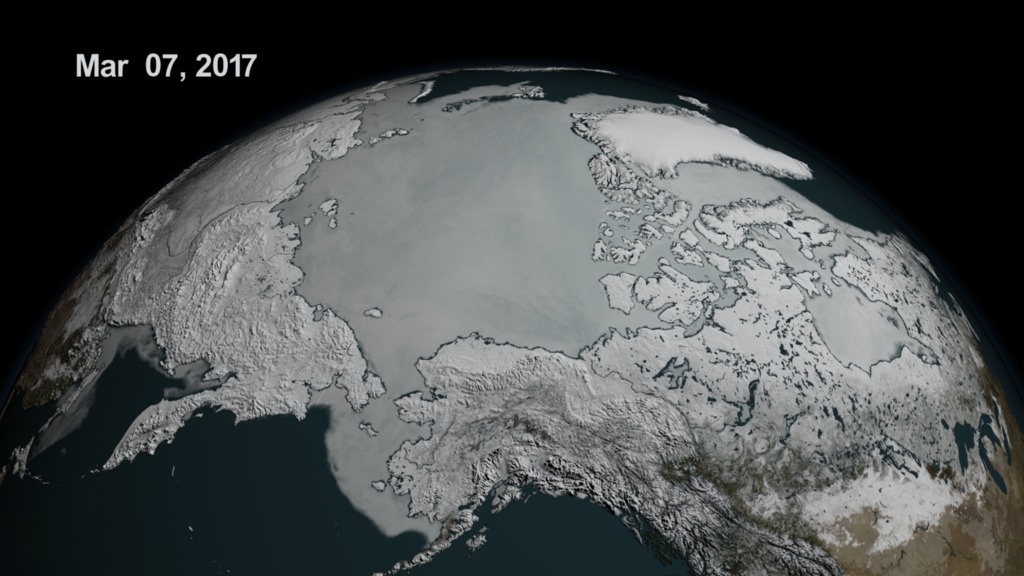 Download
Sea ice extent sank to record lows at both poles this winter
Download
Explore how sea ice at each pole changes through the seasons
Download
Since November, daily Antarctic sea ice extent has continuously been at its lowest levels in the satellite record.
Download
The Arctic's sea ice maximum extent has dropped by an average of 2.8 percent per decade since 1979. 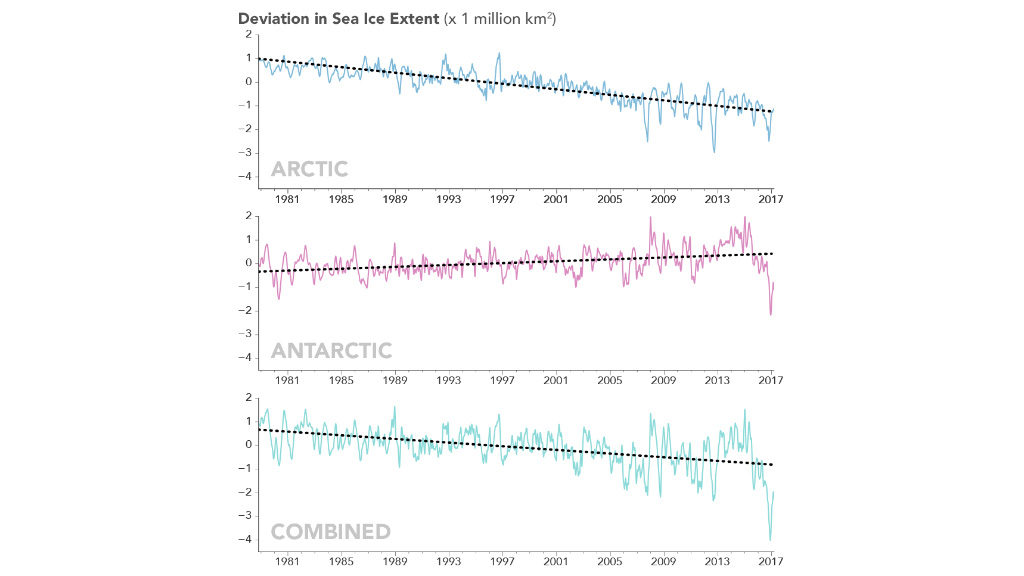 Download
Monthly deviations and trends in polar sea ice from 1979 to 2017, measured by satellites. Antarctic gains do not offset large Arctic losses. 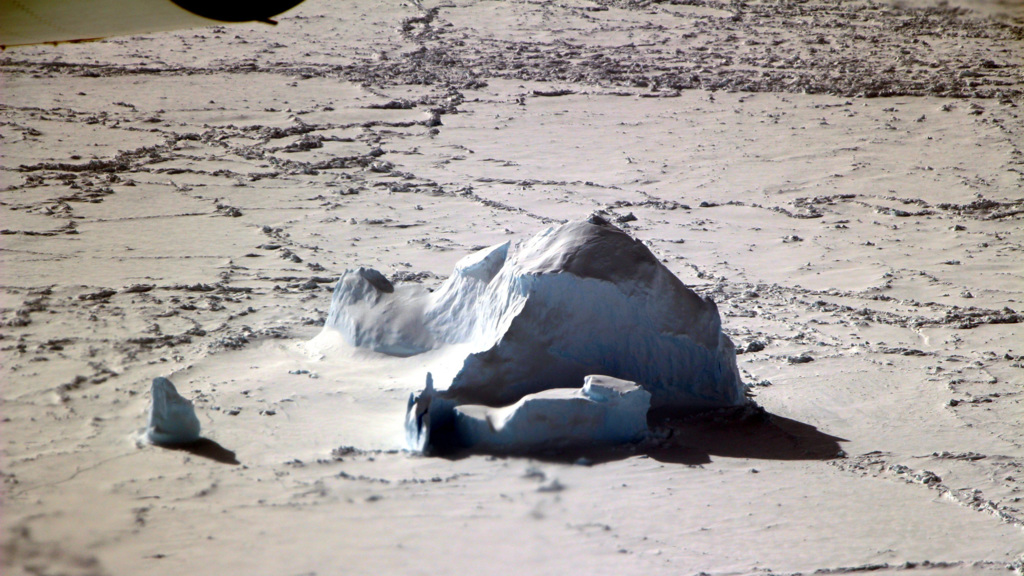 Download
An iceberg surrounded by sea ice in the Bellingshausen Sea, Antarctica, as seen from aboard NASA's DC-8 scientific aircraft Oct. 22, 2016. 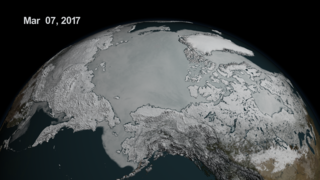 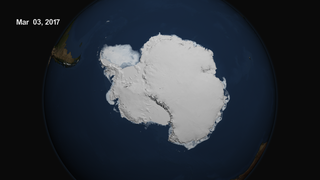 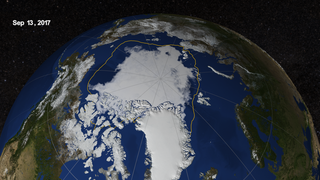 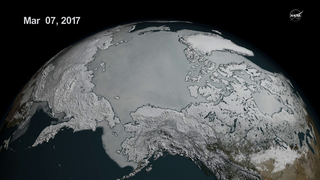