The time-lapse video opens with NICER in its fully deployed configuration. In this configuration, the FRAM plate is on the left, the X-ray Timing Instrument (XTI) “box” on the right and the Deploy and Pointing System (DAPS) boom connects the two horizontally across the middle of the frame.

While the DAPS is responsible for swinging the XTI swiftly from target to target across the sky, it can only do so in the weightless environment on orbit, not in Earth’s gravity on the ground. Stowing and deploying tests must therefore be conducted with the payload lying on its side and the weight of the moving parts supported by a structure on wheels. 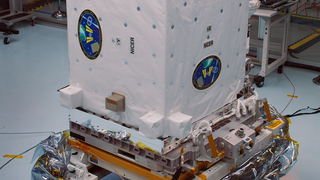 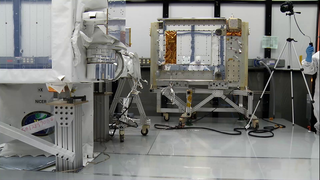 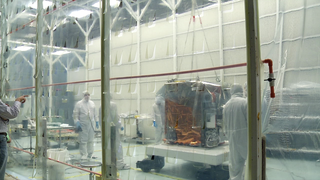