Released on April 17, 2017
Download Options
In a proof-of-concept study, NASA scientists are exploring using the European Space Agency's LISA Pathfinder spacecraft as a micrometeoroid detector. When tiny particles shed by asteroids and comets impact LISA Pathfinder, its thrusters work to quickly counteract any change in the spacecraft's motion. Researchers are monitoring these signals to learn more about the impacting particles.

Music: "Electrovoltaic" and "Disks in the Sky" from Killer Tracks. 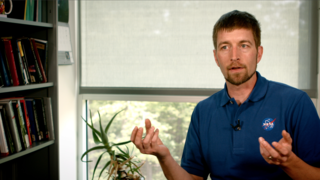