The Vehicle Electrical Systems Test, or VEST, is a high fidelity mock-up of the Hubble Space Telescope. The VEST is used in three primary ways. First, it is employed to troubleshoot problems seen on the spacecraft by simulating the conditions under which the anomaly was observed and to test possible solutions. Second, it is used to verify updates to the software, commands, and engineering parameters before they are transmitted from the control center to the spacecraft. This process includes a thorough test of the ground procedures used for uplinking and installing these items. Finally, the VEST is used to verify operational procedures before they are executed by the flight operations team.

Prior to each of the five servicing missions to Hubble, the VEST structure was a critical element for ensuring the fit of new spaceflight hardware in the spacecraft. Many of the items taken aloft by the astronauts to Hubble were first installed into the VEST structure to verify mechanical, electrical, and software compatibility with the observatory.

The Hubble Space Telescope is operated out of the Space Telescope Operations Control Center, the STOCC, at the NASA Goddard Space Flight Center. In the STOCC’s Mission Operations Room, computer programs autonomously acquire communications with the telescope, monitor telemetry from the spacecraft, manage Hubble’s science and engineering data recorders, and load the on-board computers with command sequences. Personnel manually take over for special operations.

Before Hubble commands are sent through the Mossion Operations Room, most Hubble operations are tested out and refined in the Operations Support Room. Personnel interact with a high-fidelity spacecraft simulator to test any planned configuration changes, flight or ground software updates, contingency procedures, or special commanding. The operations team continuously examines the performance of the spacecraft’s subsystems, looking for signs of degradation and identifying ways to extend the mission’s lifetime. 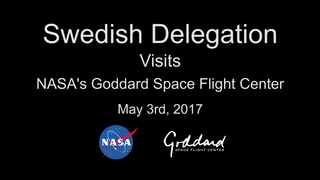