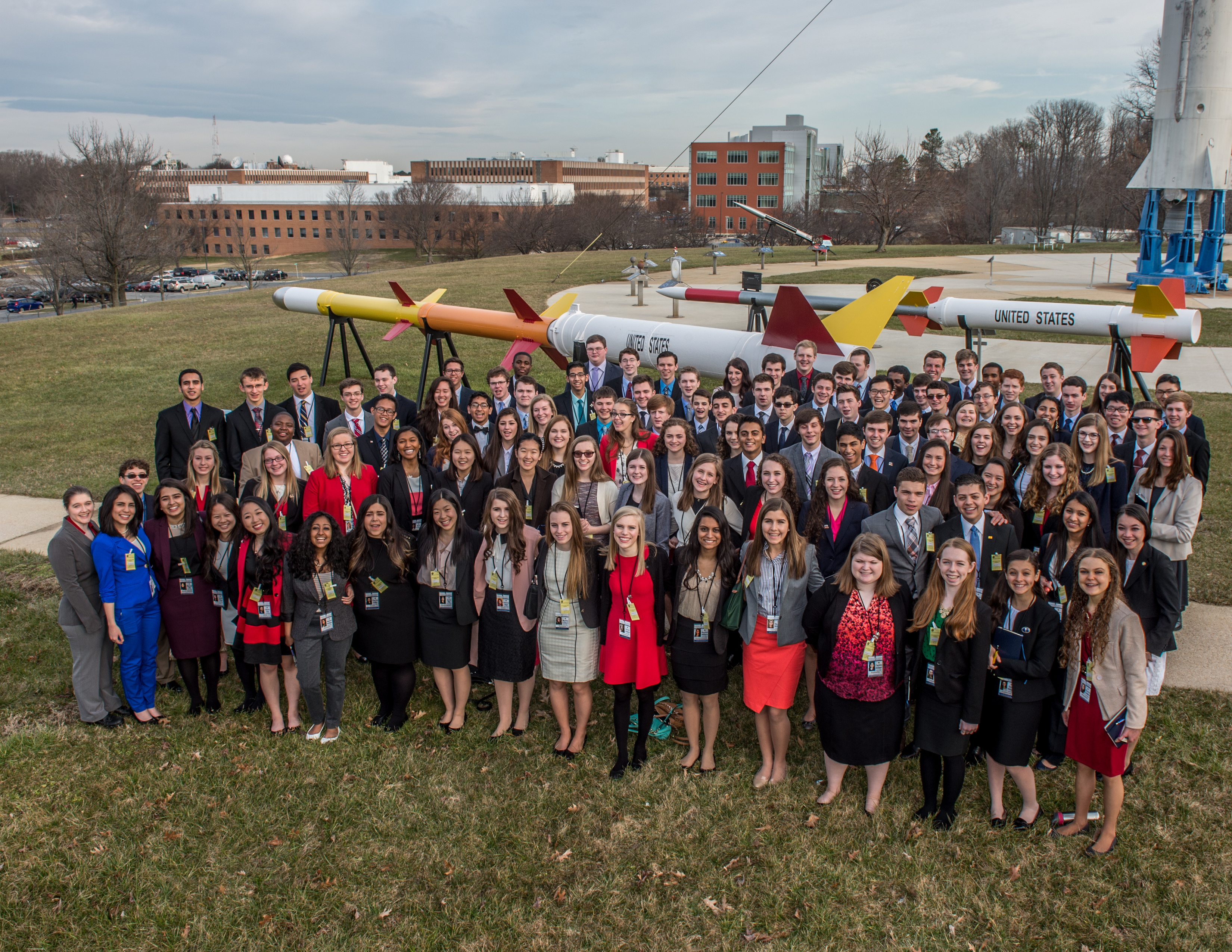 Download Options
Students pose for a picture in the rocket garden at the Visitors Center. 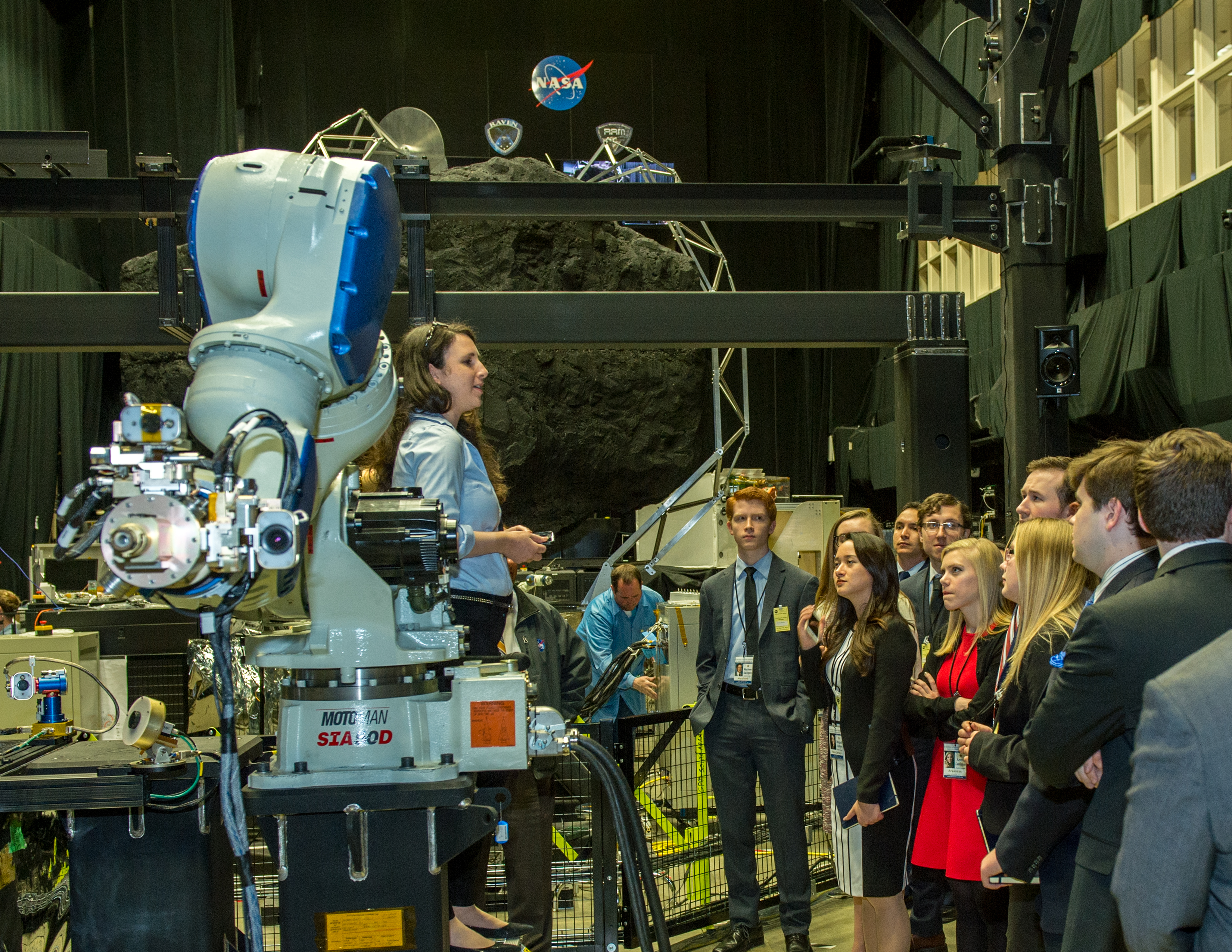