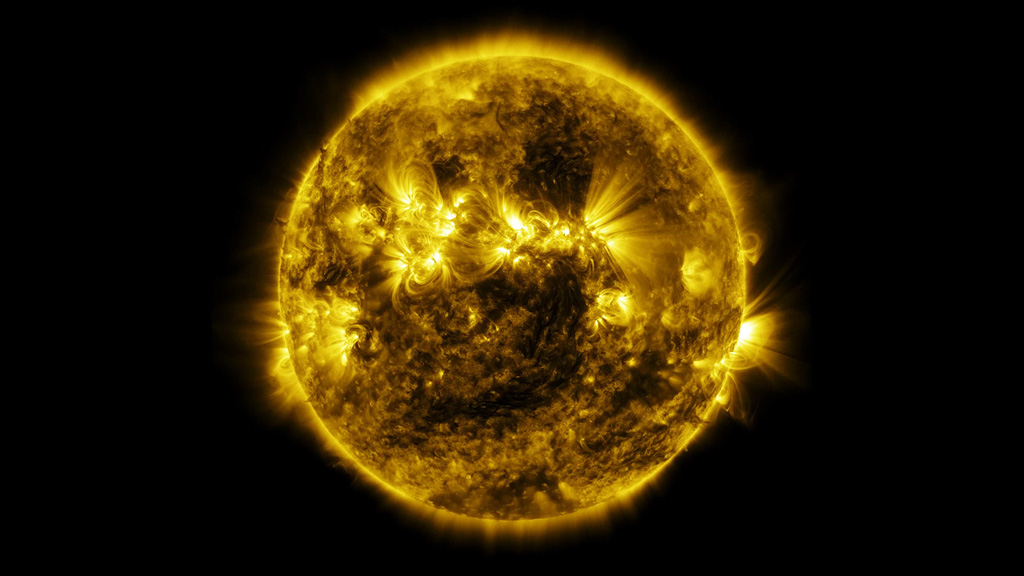 Download
See a year in the life of the sun.
Download
Explore how the sun changes over the course of a year in this time-lapse video narrated by NASA scientist Nicholeen Viall. 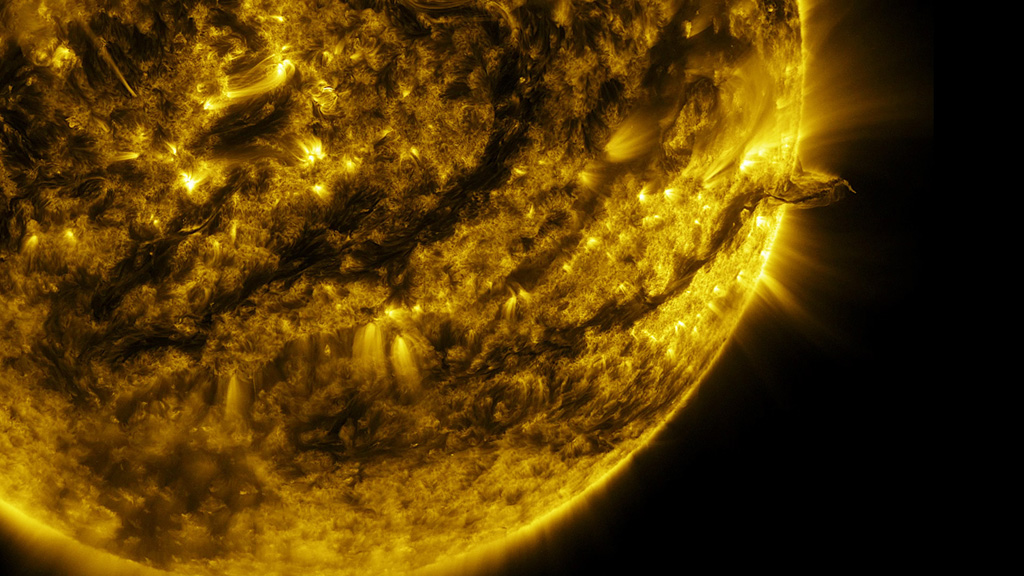 Download
A bridge of suspended solar material, called a solar prominence, extends over the sun's limb in this image taken by SDO. 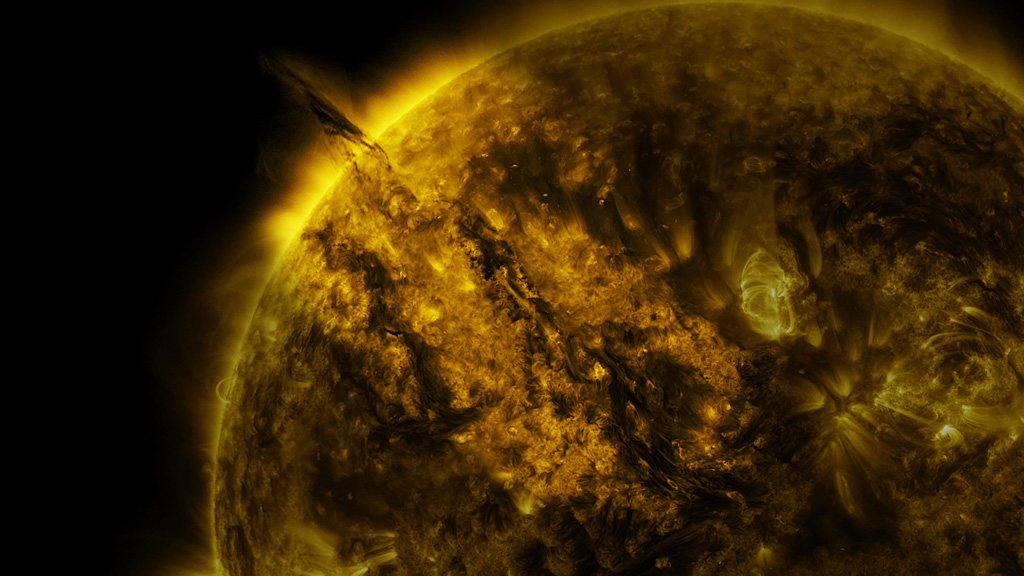 Download
When a solar prominence erupts in a giant coronal mass ejection, it sends a massive cloud of solar material (above left) into space. 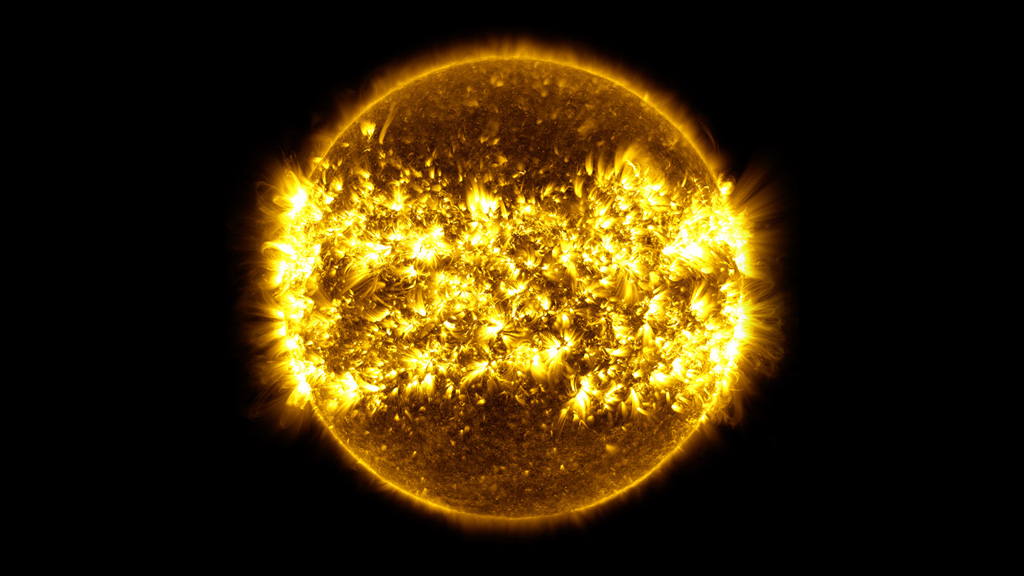 Download
Solar eruptions, such as coronal mass ejections, are often associated with bright areas on the sun called active regions.