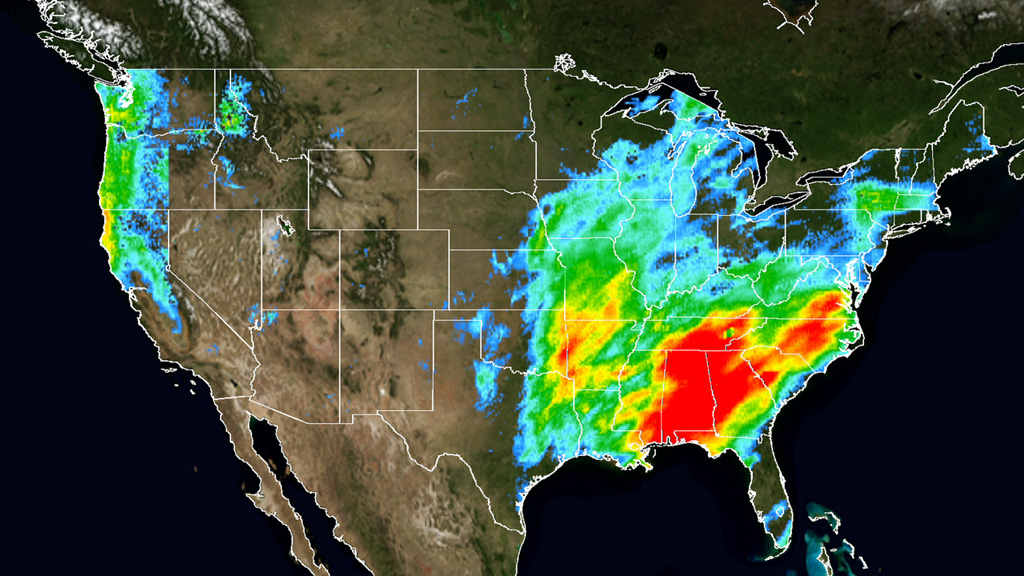 Download
Heavy December rains cause substantial flooding in the U.S.
Download
This animation shows the accumulation of rainfall over the U.S. during December 2015. 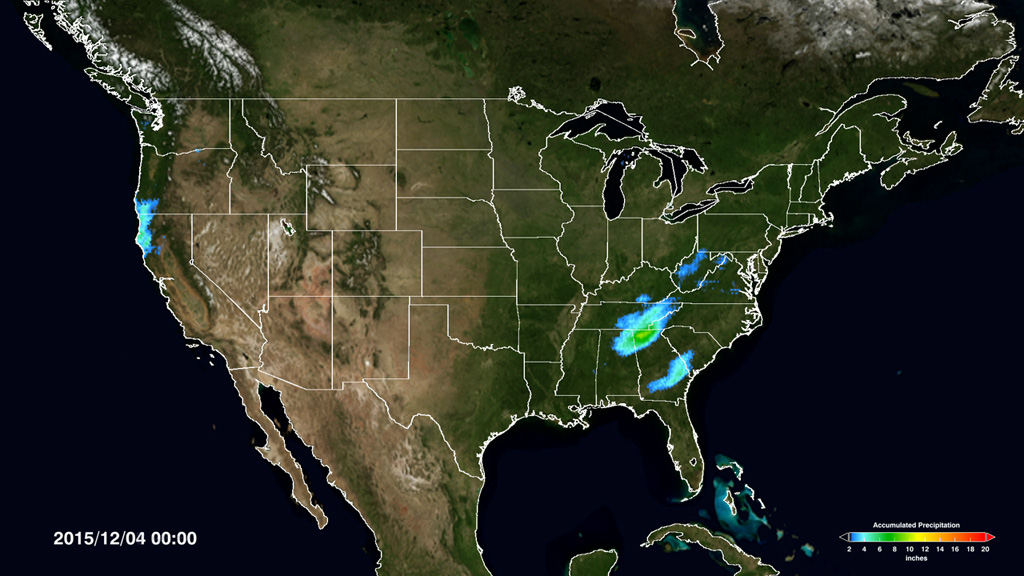 Download
Areas of the southeastern U.S. saw up to 10 inches of rain following the first of three major storm systems in December. 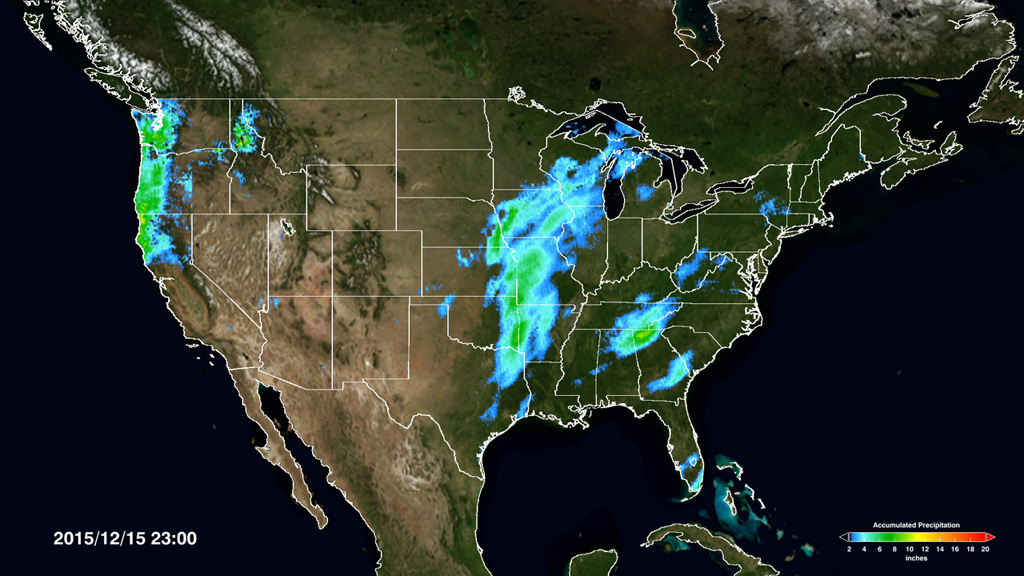 Download
By mid-December, a second storm system dropped significant rainfall across states in the Midwest and southern U.S. 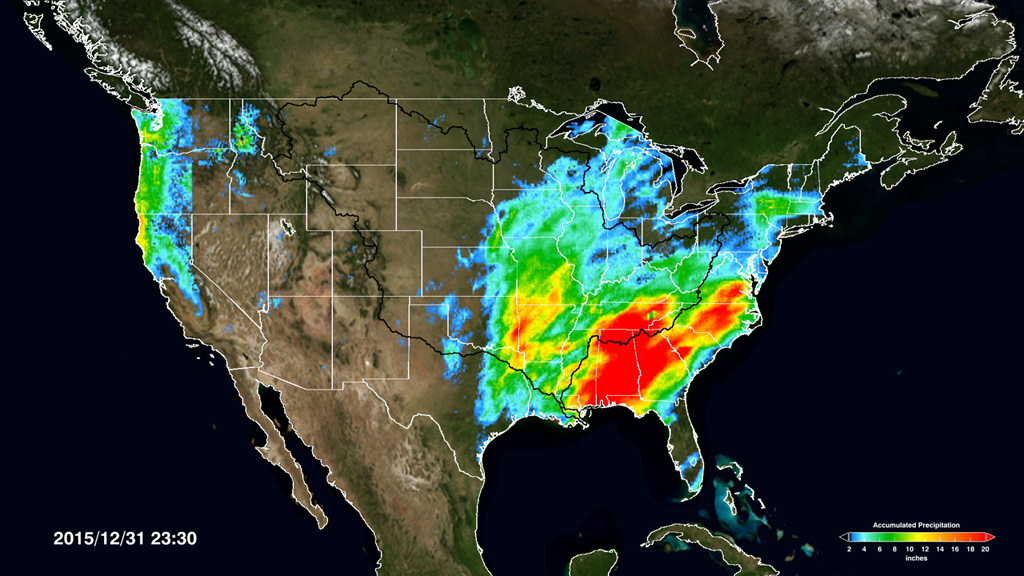 Download
Rainfall accumulations by month's end triggered floods in states located within and around the Mississippi-Missouri River basin (black outline). 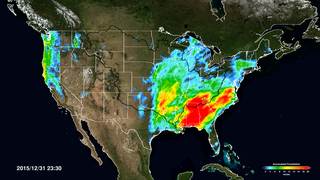