A Crash On Mercury 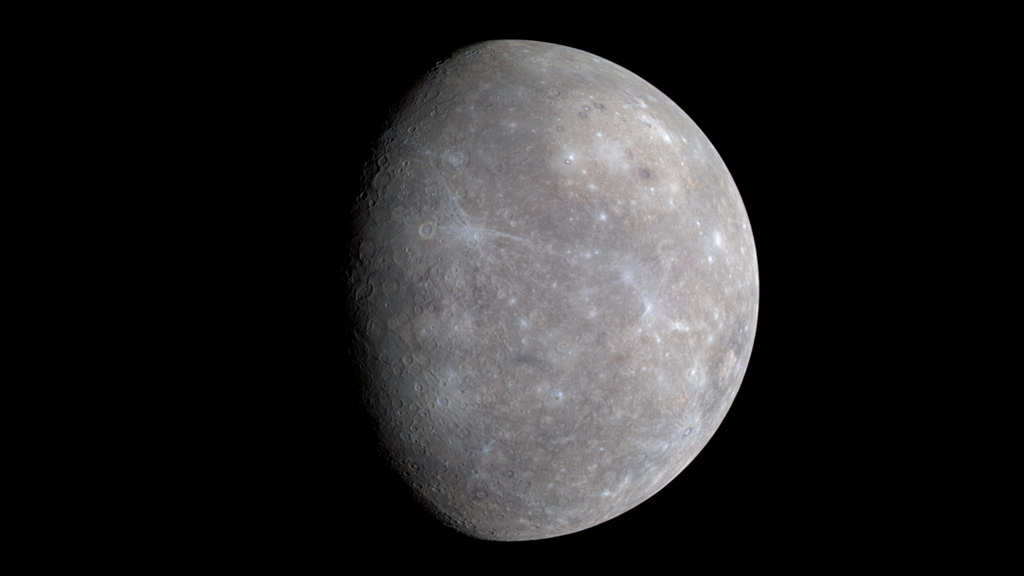 Download
After four years of exploring Mercury from orbit, NASA’s MESSENGER mission comes to an end. 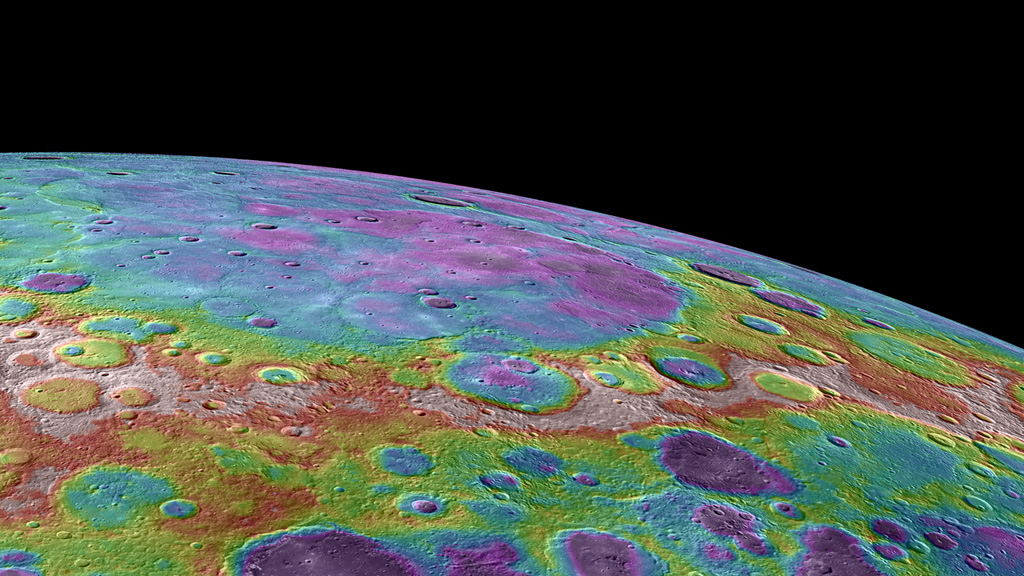 Download
Mercury's surface is heavily cratered like our moon. This elevation map shows high terrain in white, and low-lying areas in purple. 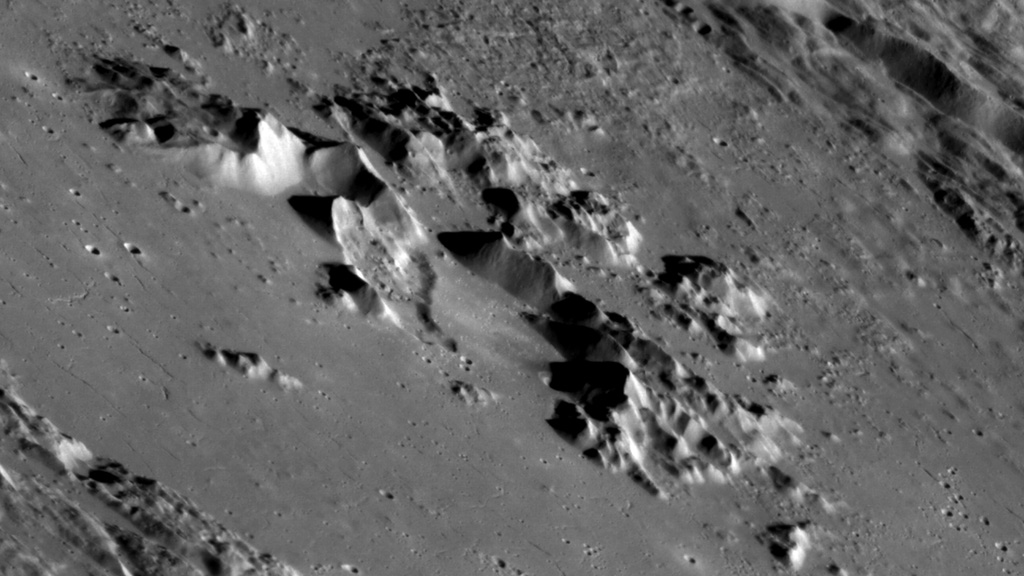 Download
Central peaks within Mercury's Abedin crater surround a curious depression (center), which may be volcanic in origin. 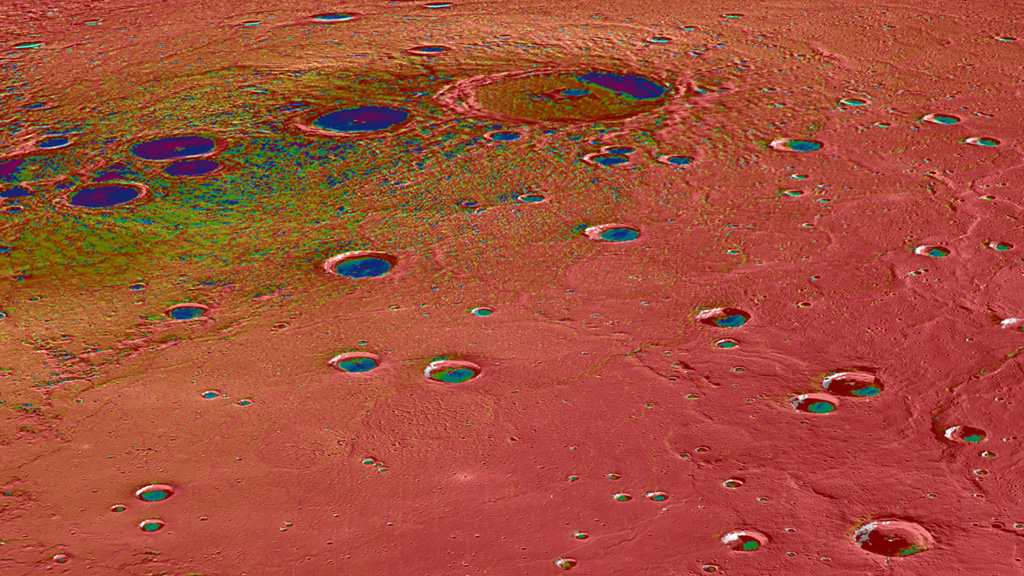 Download
The colors in this image represent different types of geologic material seen in one of Mercury's impact basins. 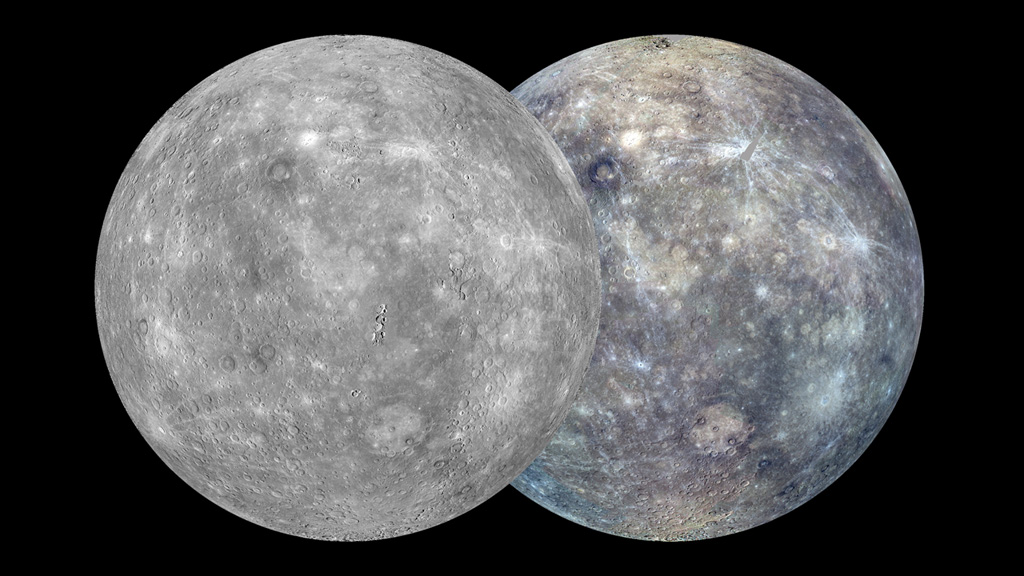 Download
Mercury is colored in the image on the right to show the diverse array of minerals on its surface.