Released on June 10, 2014
Download Options
What astronomers once thought were two blazar families may in fact be one, as shown in this artist's concept. Energy stored in the black hole during its salad days of intense accretion may later be tapped by the blazar to continue its high-energy emissions long after this gas has been depleted. 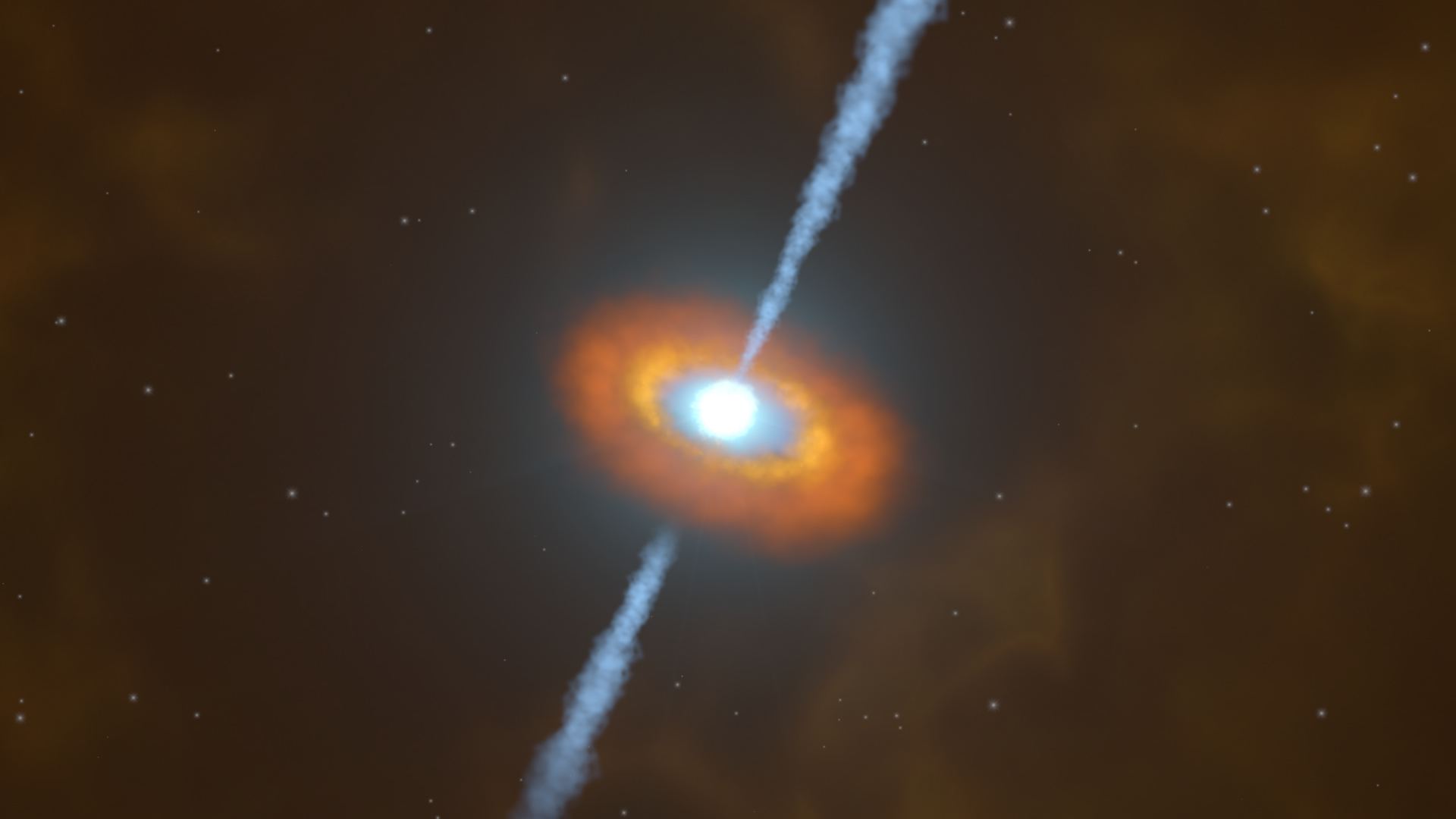 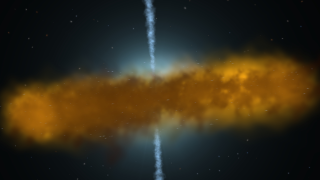