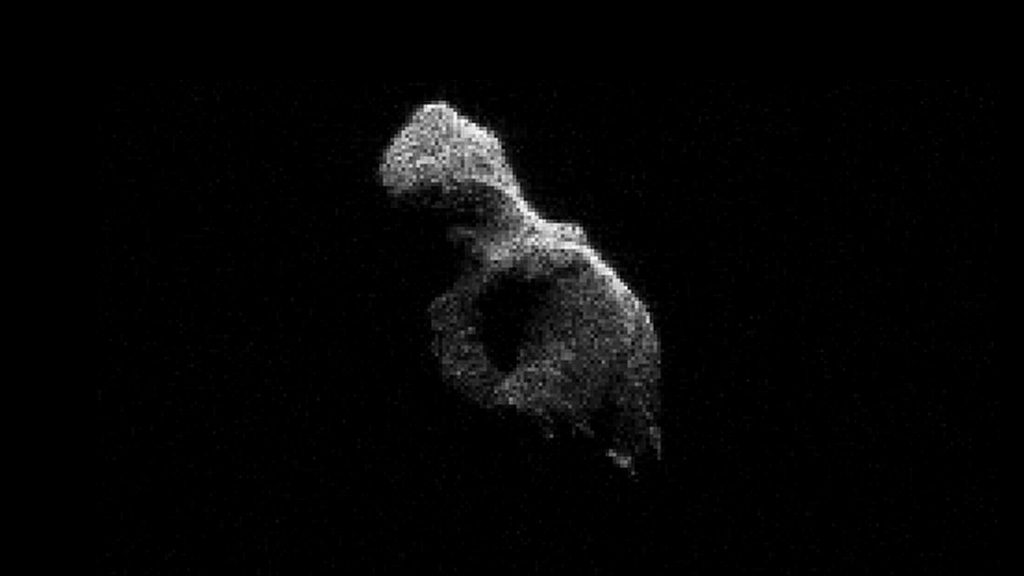 Download Options
Earth has a close encounter with a new asteroid.
Download Options
This video of asteroid 2014 HQ124 is assembled from 21 radar images taken over four hours. 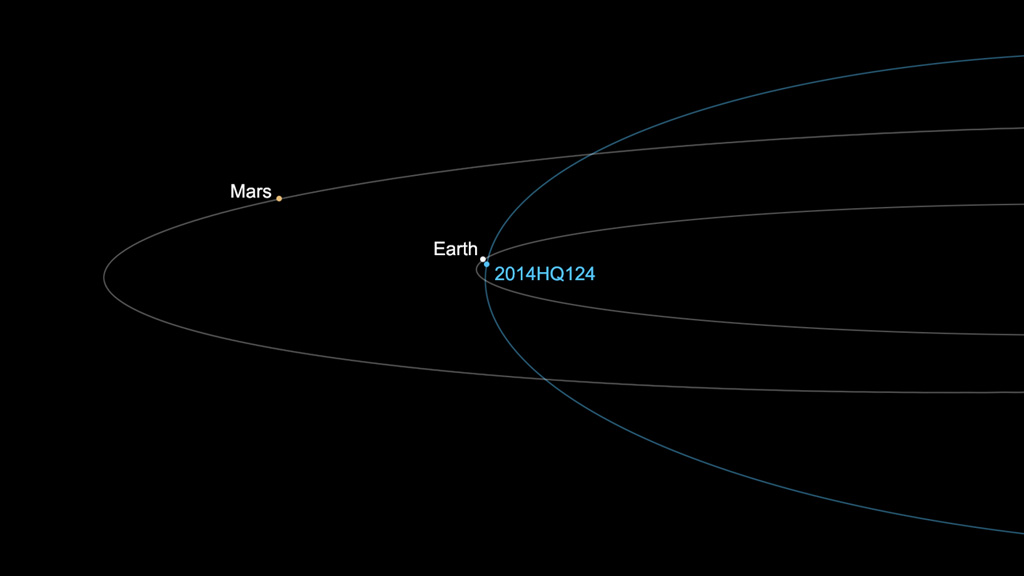 Download Options
The asteroid came within 776,000 miles of Earth. Its orbit is colored blue in this diagram. 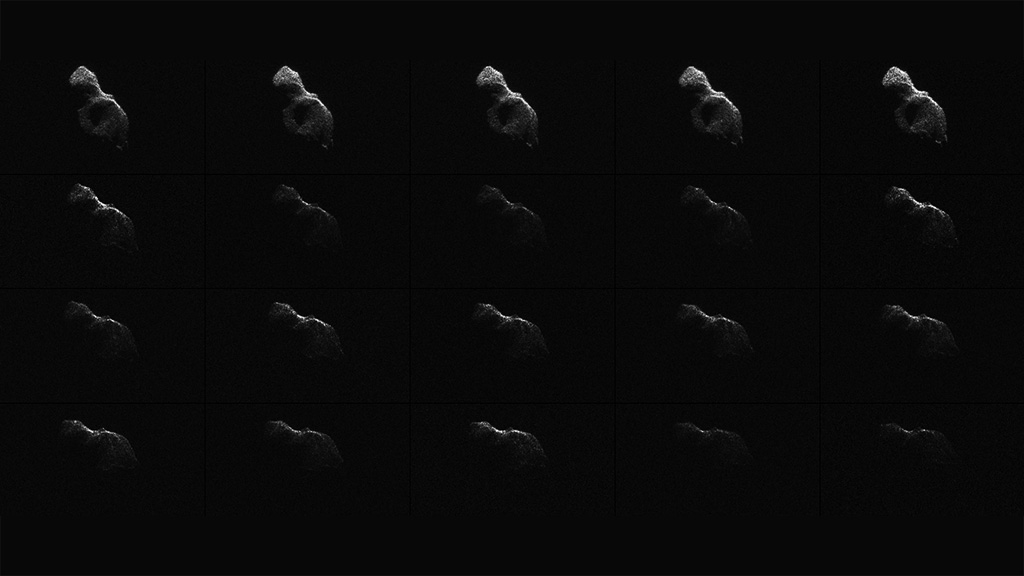 Download Options
Multiple views of the asteroid (above) were captured during its approach. 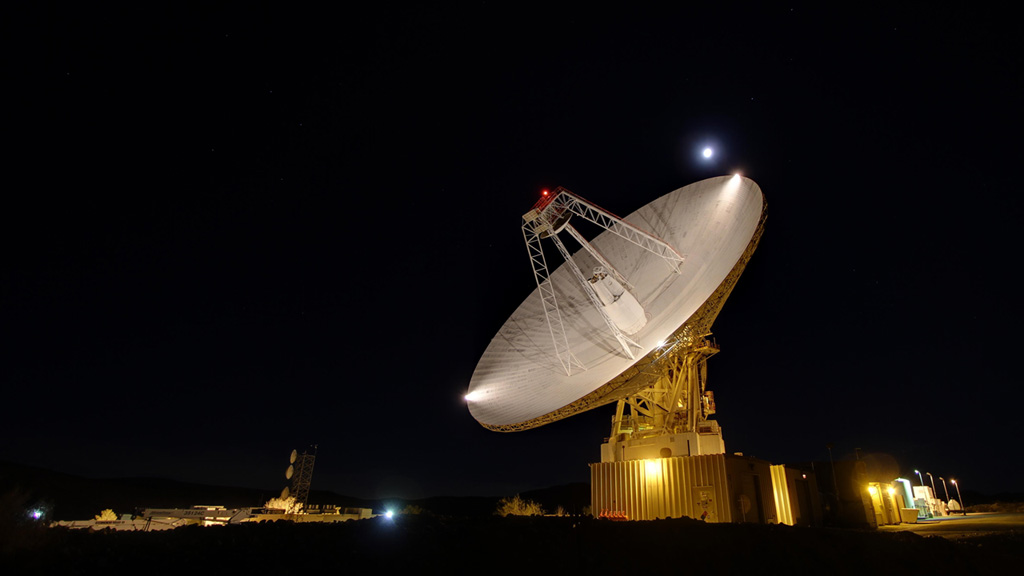