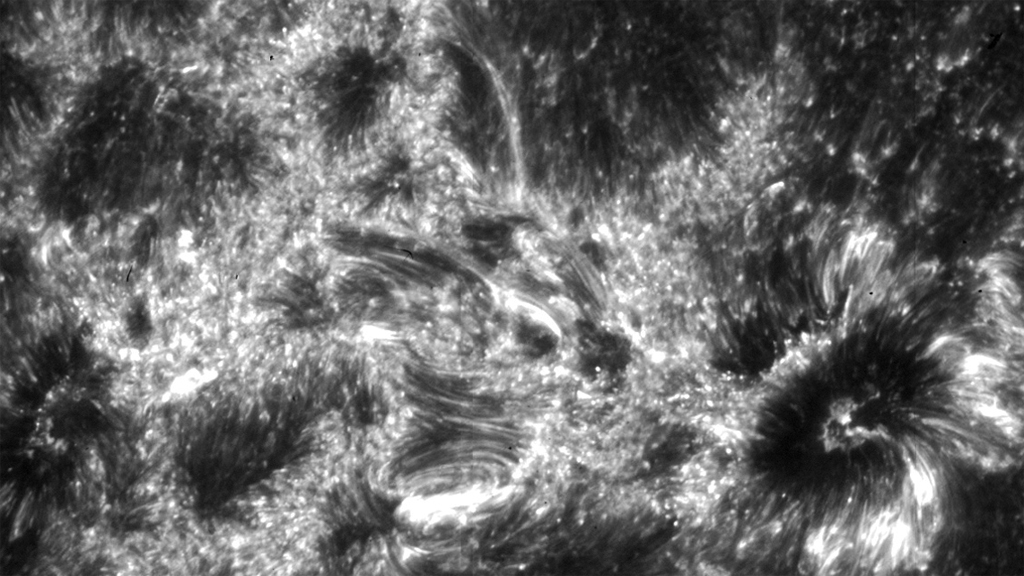 Download
NASA's newest solar observatory sees the sun in unprecedented detail.
Download
See some of the first images of the sun taken by IRIS in this video. 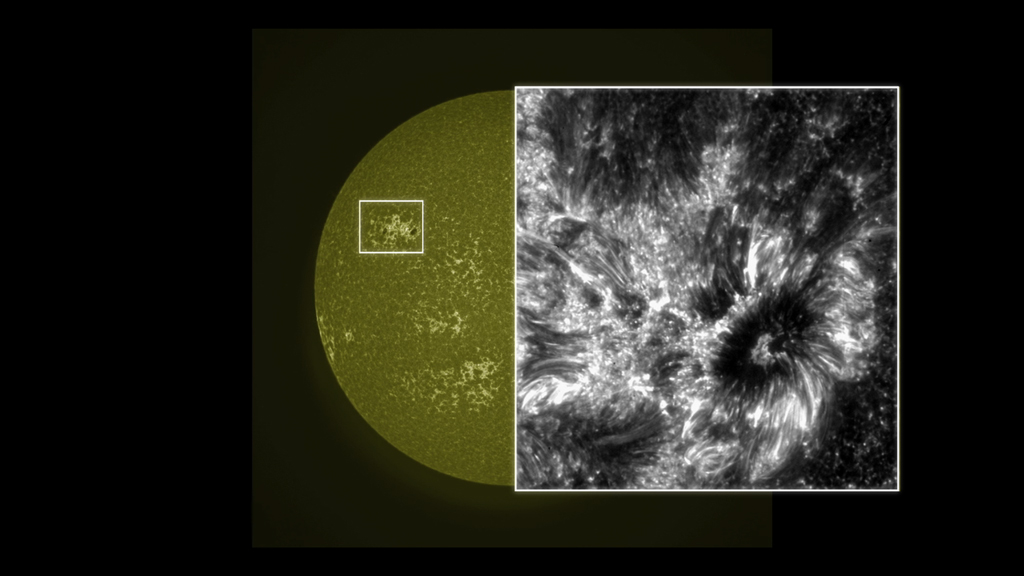 Download
IRIS can view about one percent of the sun at a time and resolve features as small as 150 miles across. 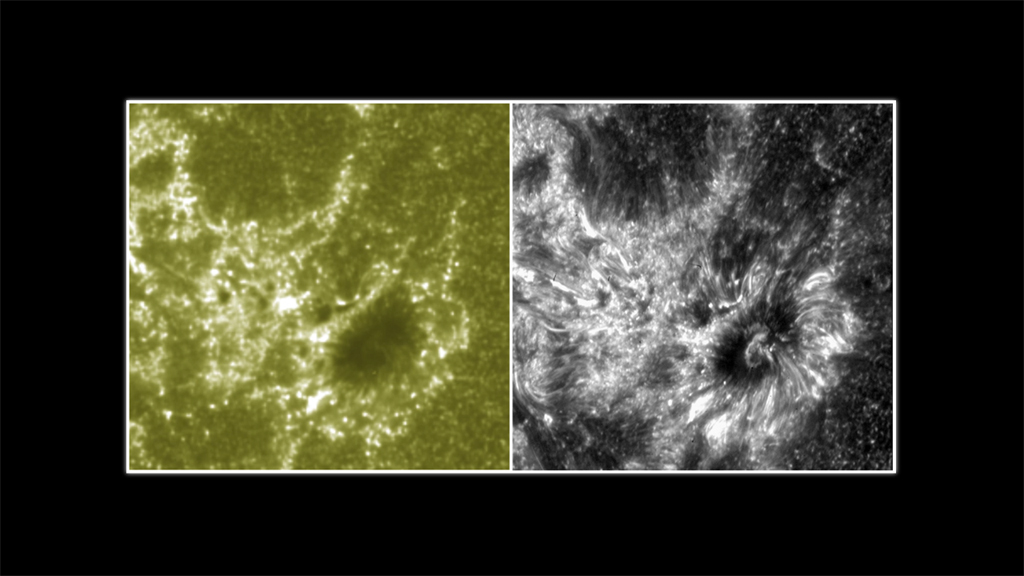 Download
IRIS has unprecedented resolution of the sun. Above is a portion of the sun as seen by IRIS (right) and NASA's Solar Dynamics Observatory (left). 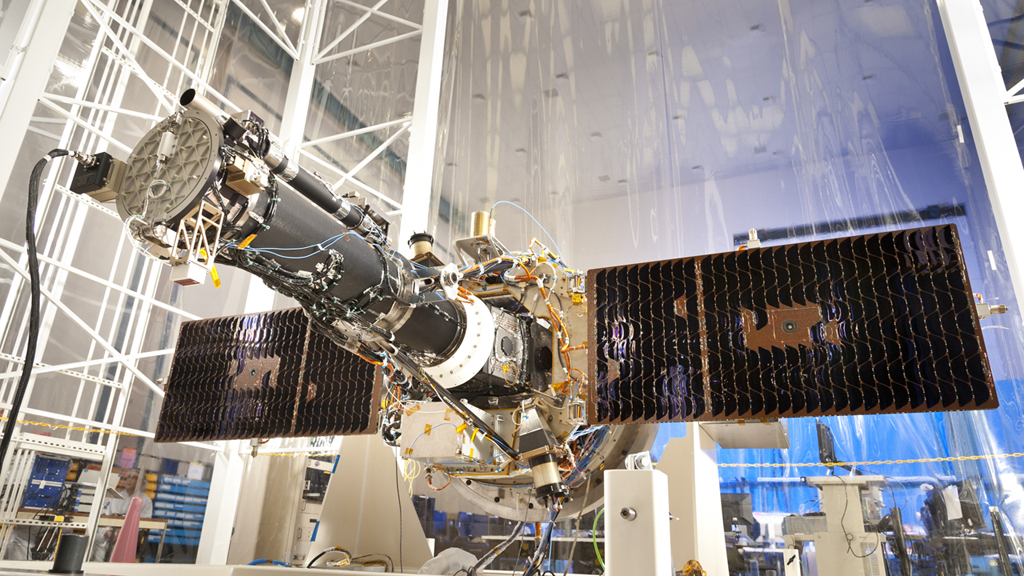 Download
The IRIS spacecraft stationed in a cleanroom prior to launch. 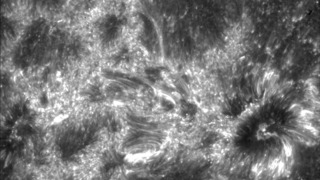