Released on January 6, 2014
Download Options
This movie illustrates the components of a gravitational lens system known as B0218+357. Different sight lines to a background blazar result in two images that show outbursts at slightly different times. NASA's Fermi made the first gamma-ray measurements of this delay in a lens system. 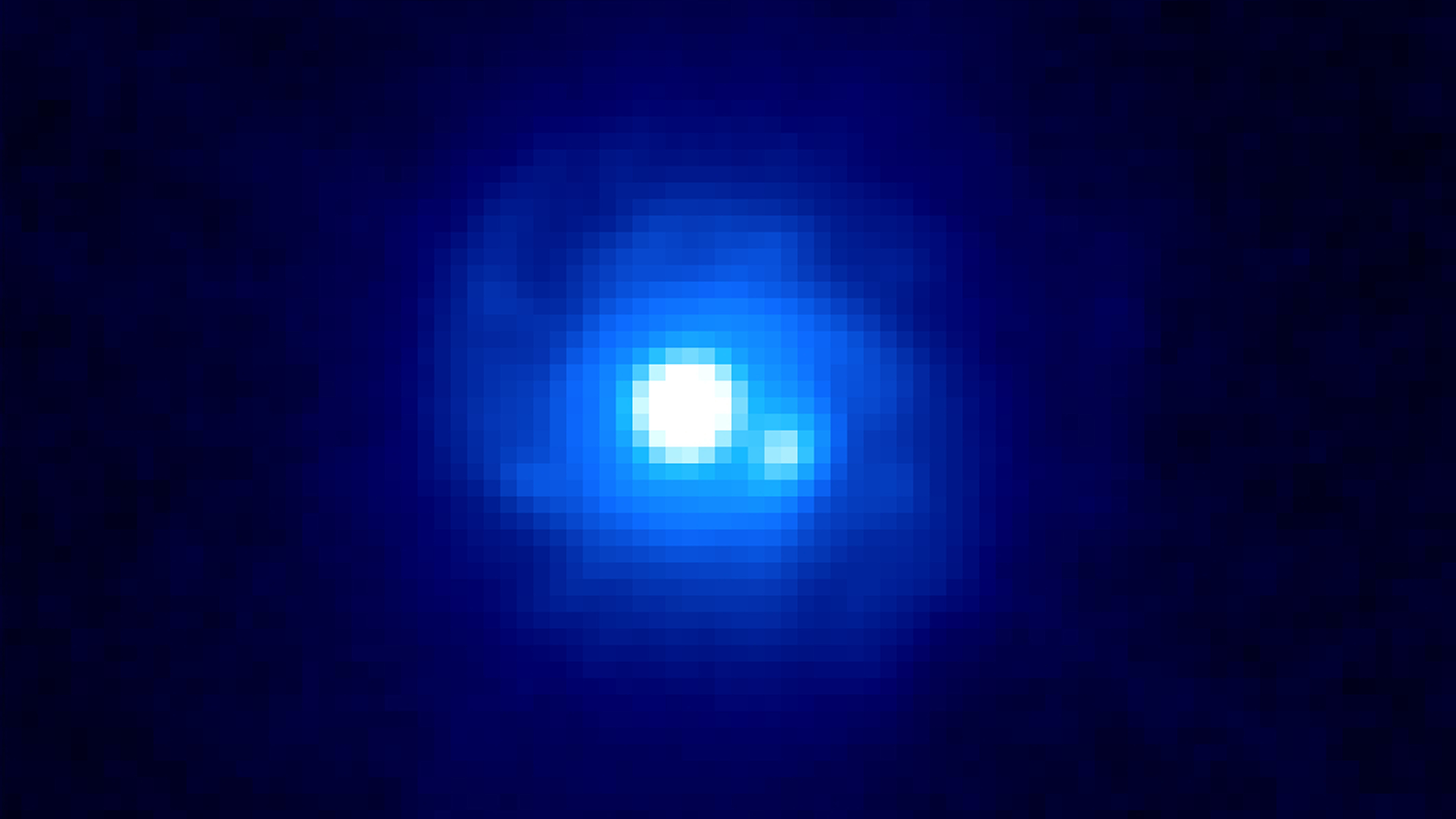 Download Options
This Hubble image of the gravitational lens B0218+357 reveals two bright sources separated by about a third of an arcsecond, each an image of the background blazar. Faint spiral arms belonging to the lensing galaxy also can be seen. B0218+357 boasts the smallest separation of lensed images currently known. The A image (4 o'clock position) is where changes are first observed and is significantly fainter than the B image (center) at optical wavelengths. 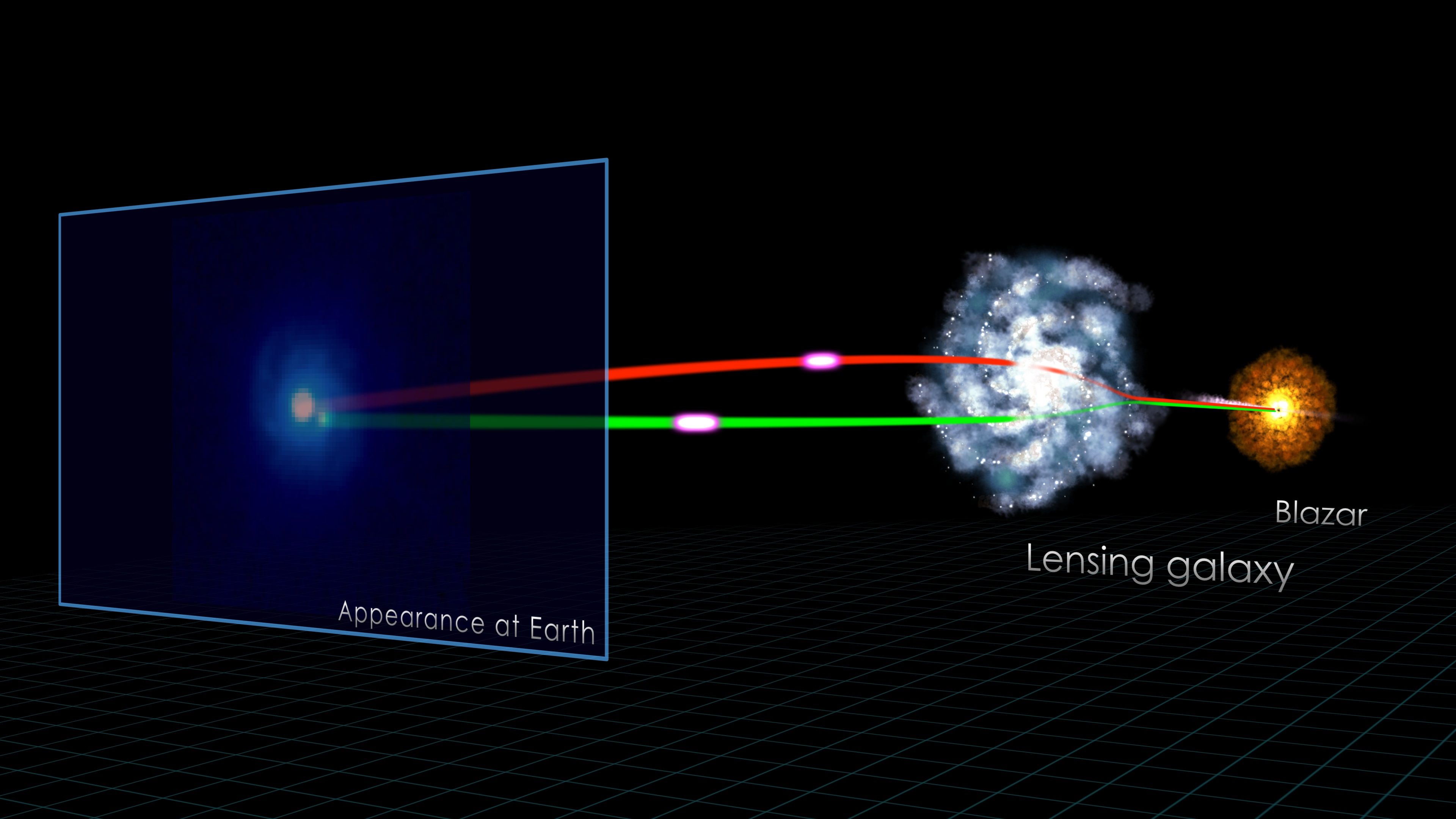 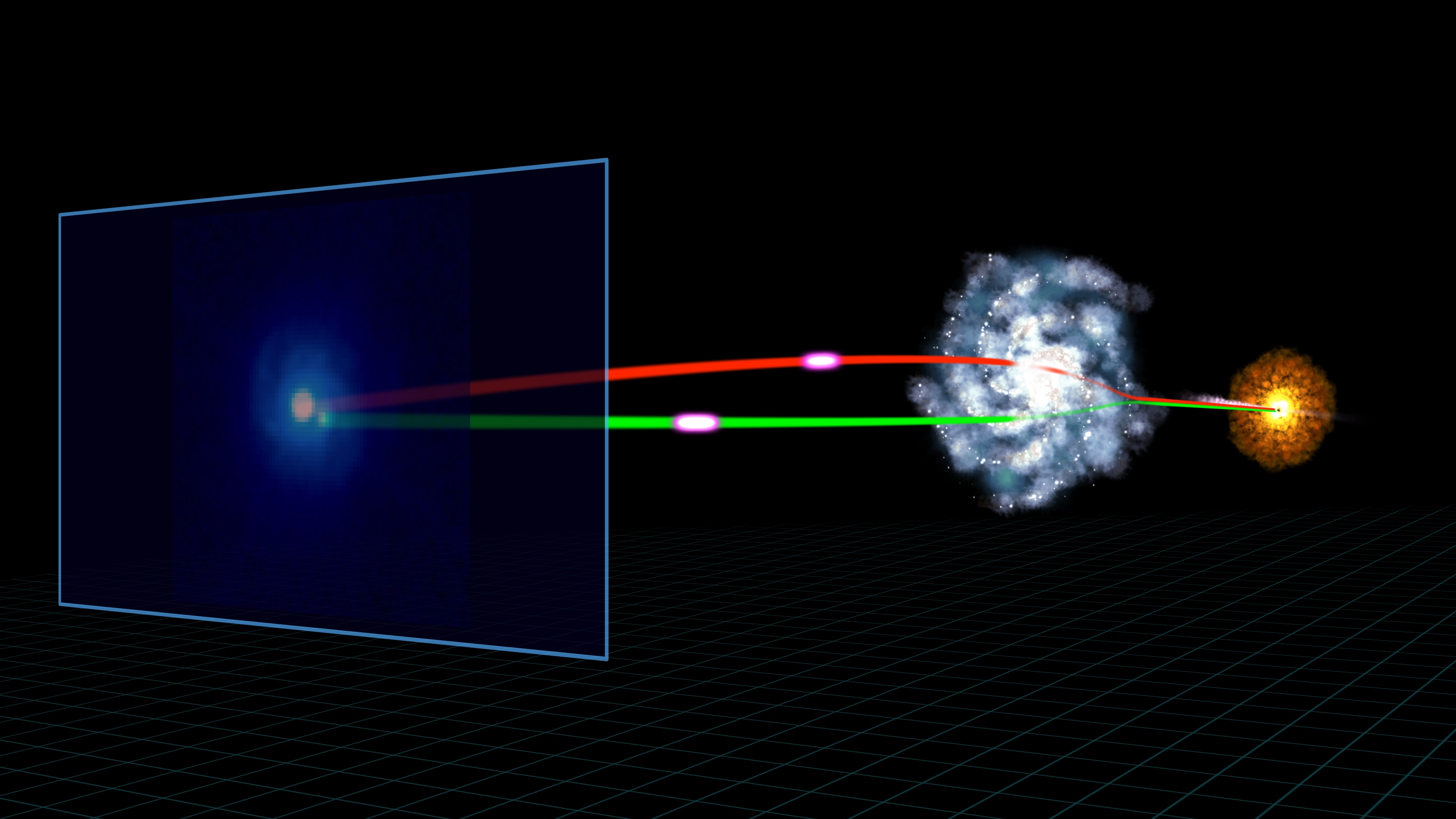 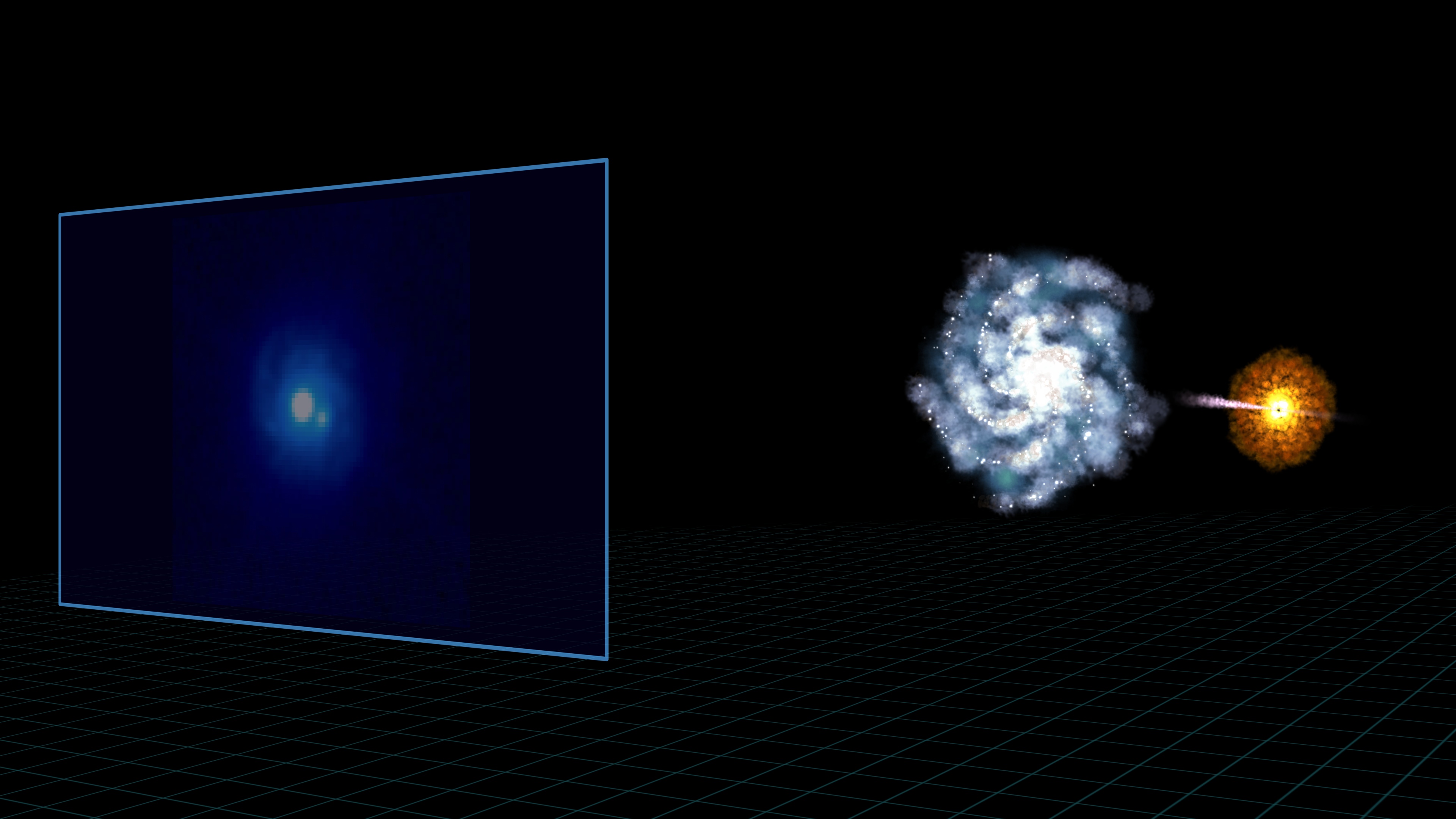