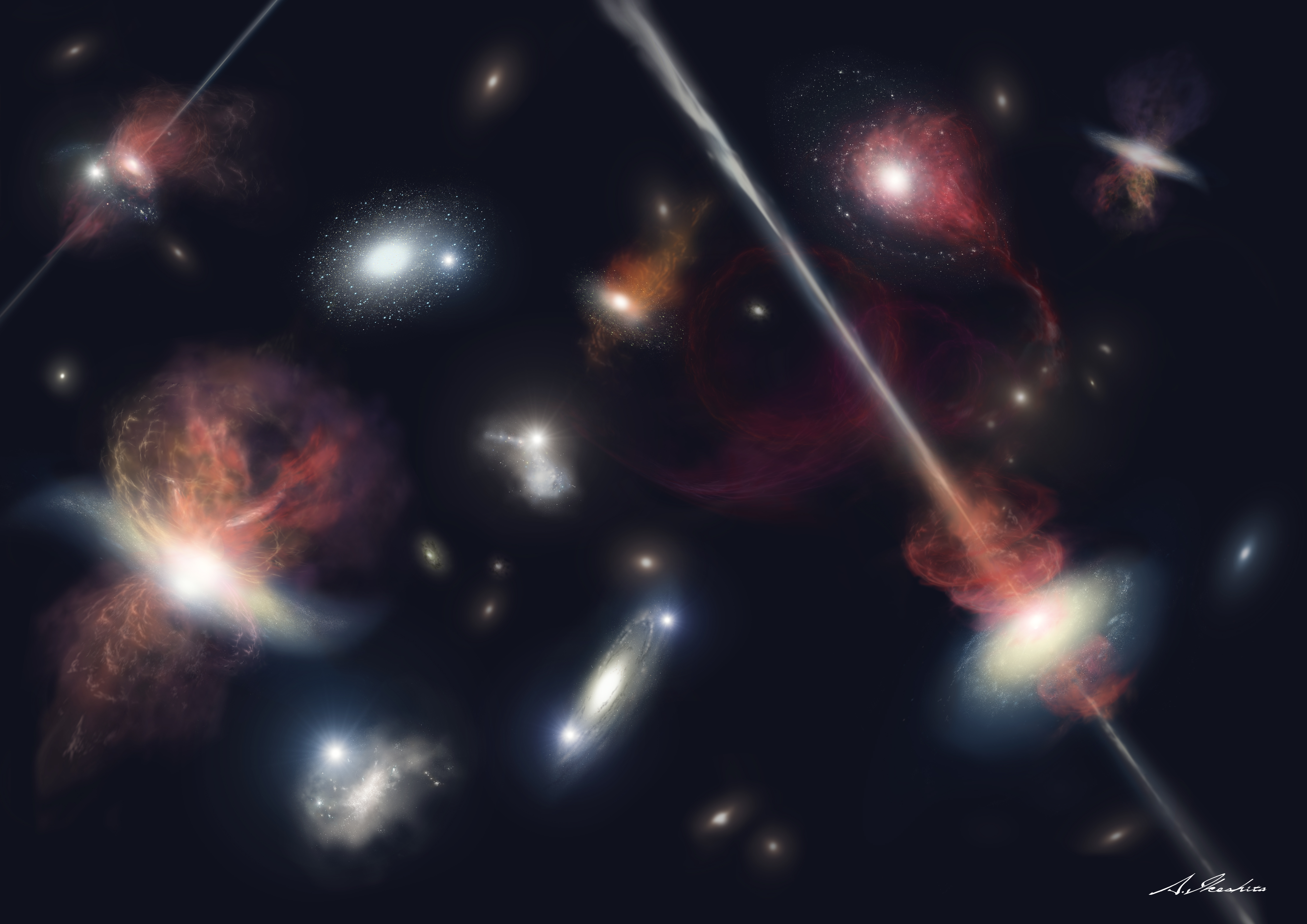 Download Options
The universe underwent a turbulent youth 10 to 12 billion years ago, as shown in this illustration. Stars formed at very high rates, but many of these newborn stars died quickly in supernova explosions that produced the chemical elements beyond helium - the building blocks of later stars, planets and life. In the same period, supermassive black holes in the centers of galaxies devoured large amounts of the gas around them, producing strong jets and outflows. The combined energy from numerous supernova explosions and black hole jets created powerful "winds" that blew these elements out of the galaxies, into intergalactic space. 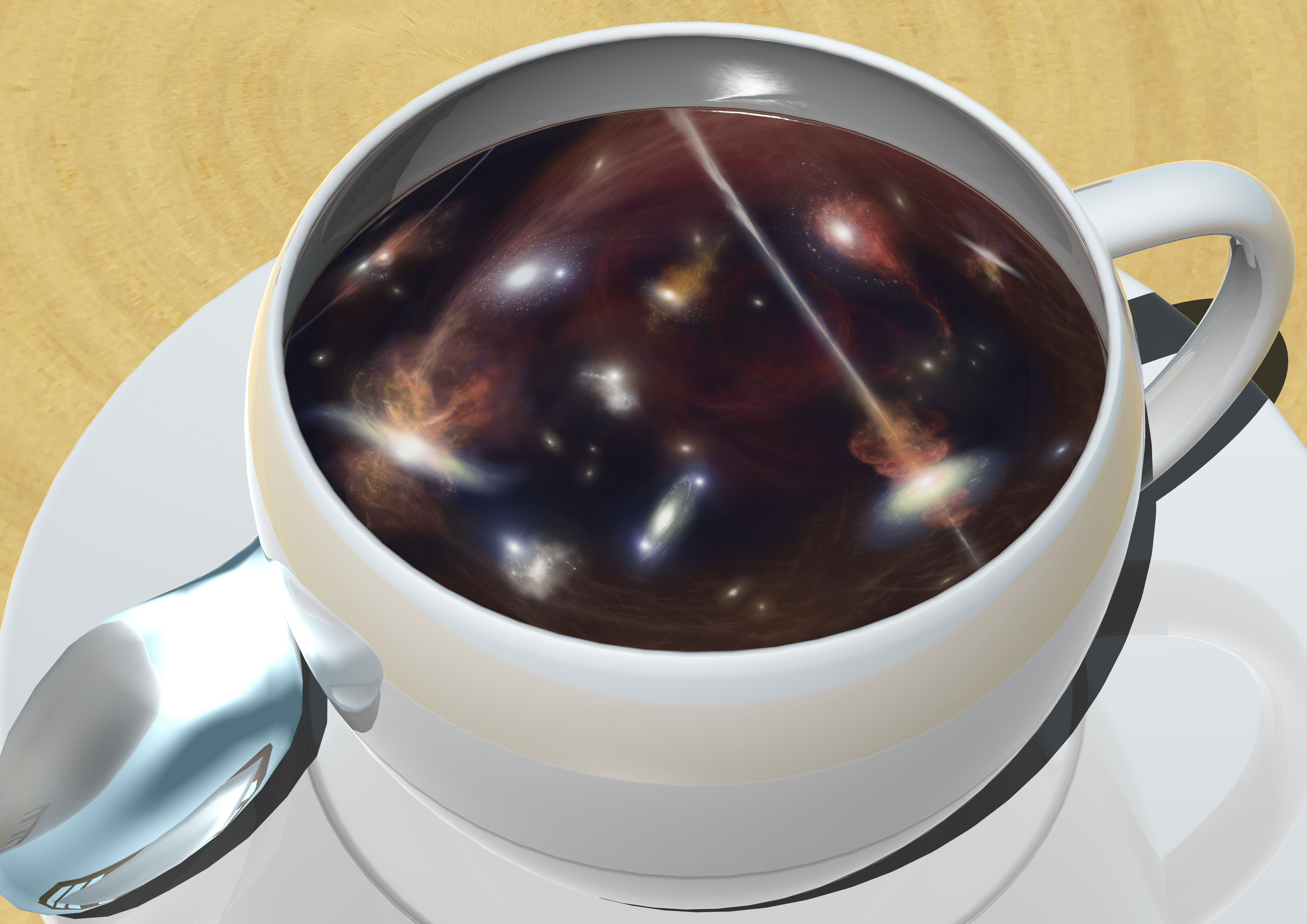 Download Options
Young stars, exploding supernovae, and voraciously feeding black holes produced powerful winds 10 to 12 billion years ago. The spoon in this illustration represents the outflows that lifted heavy elements from young galaxies and mixed it with the intergalactic gas. 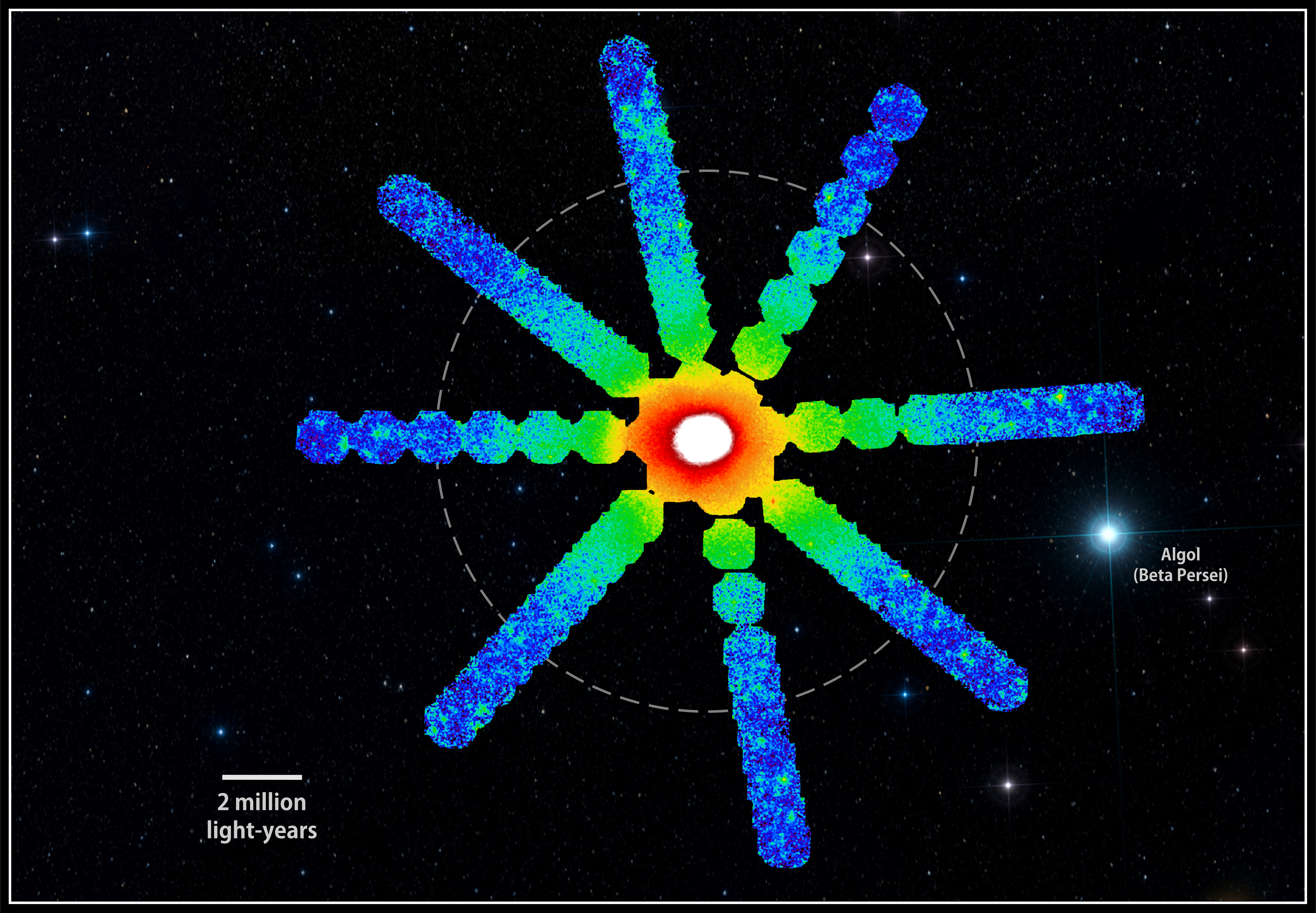 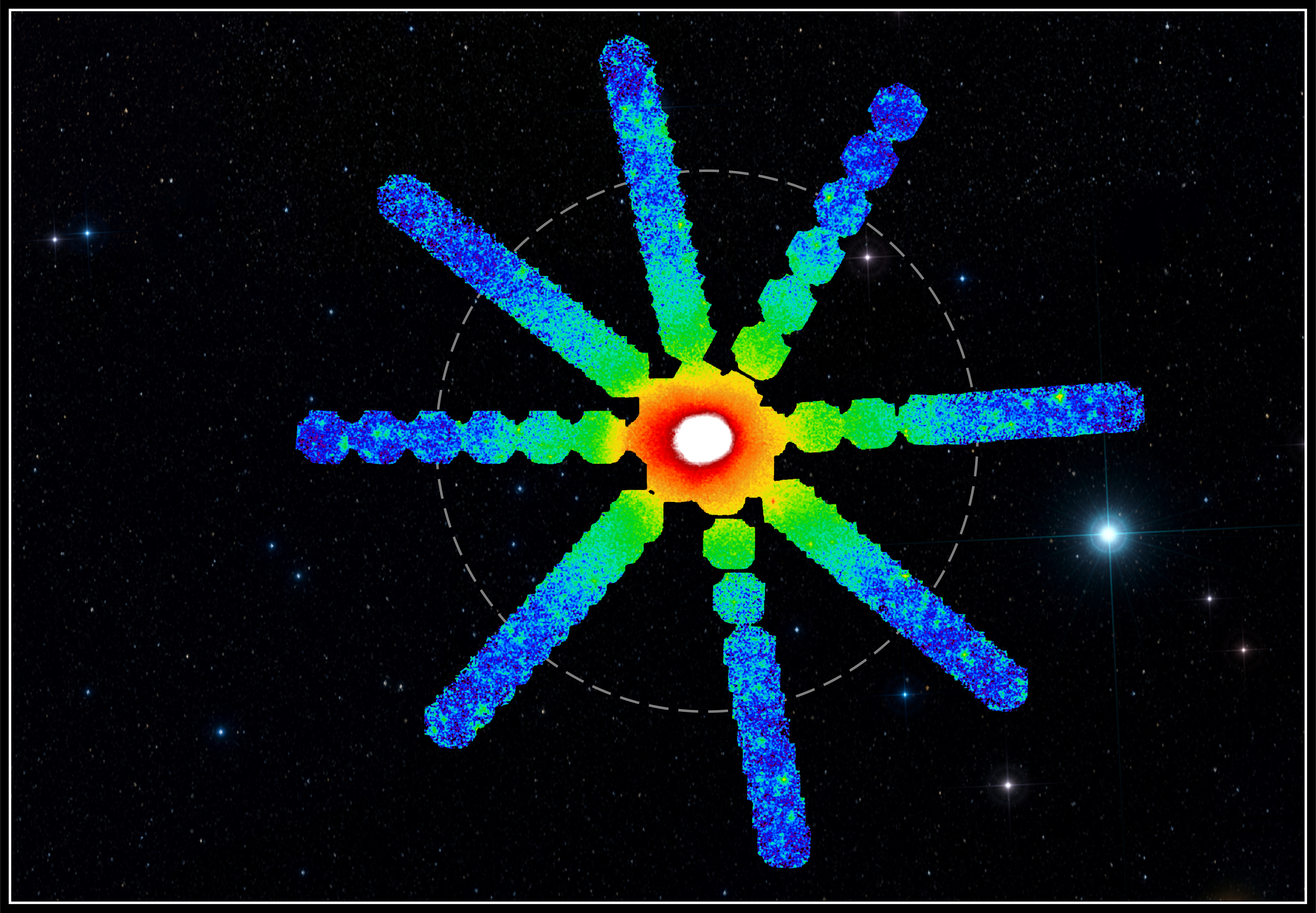