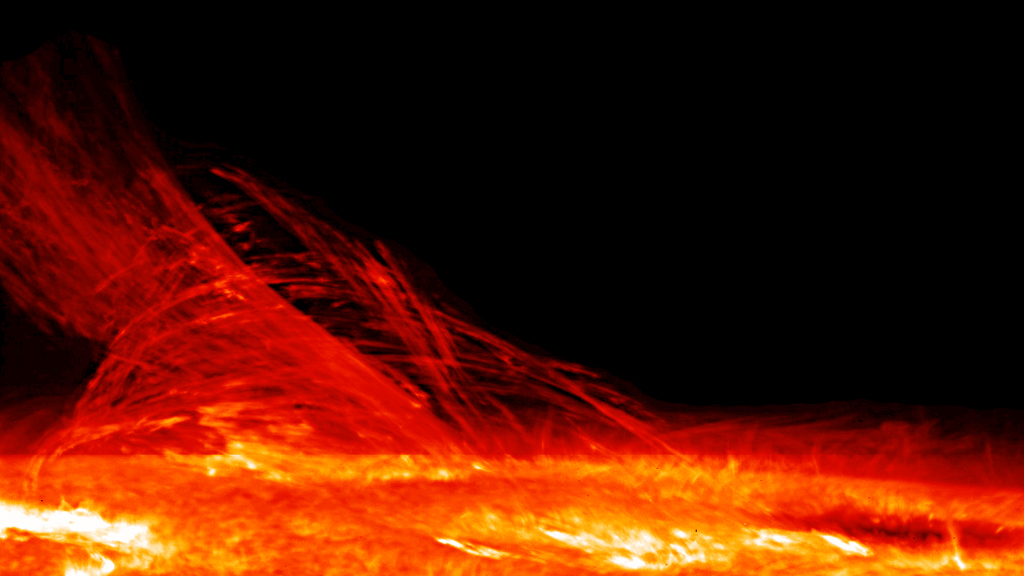 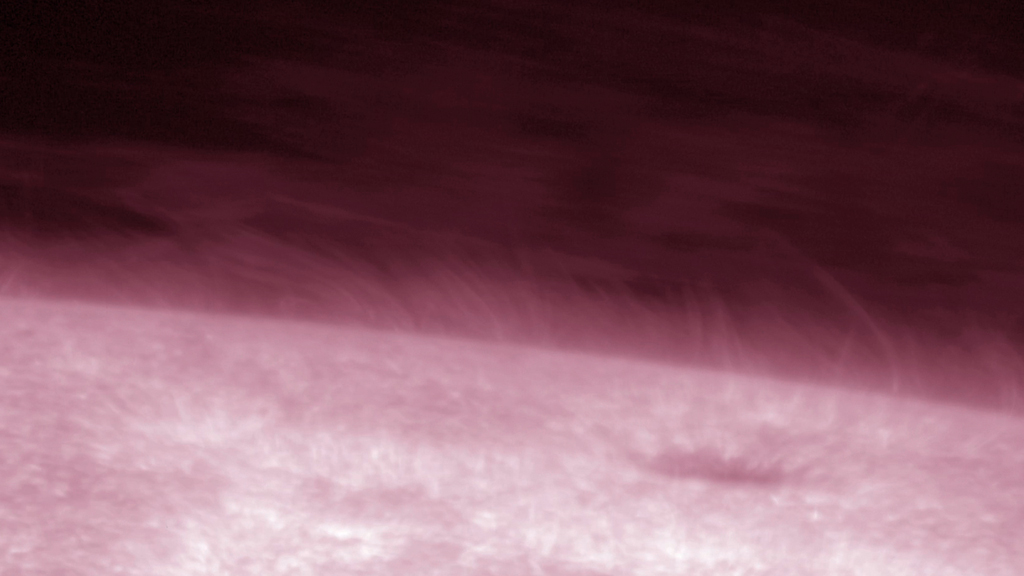 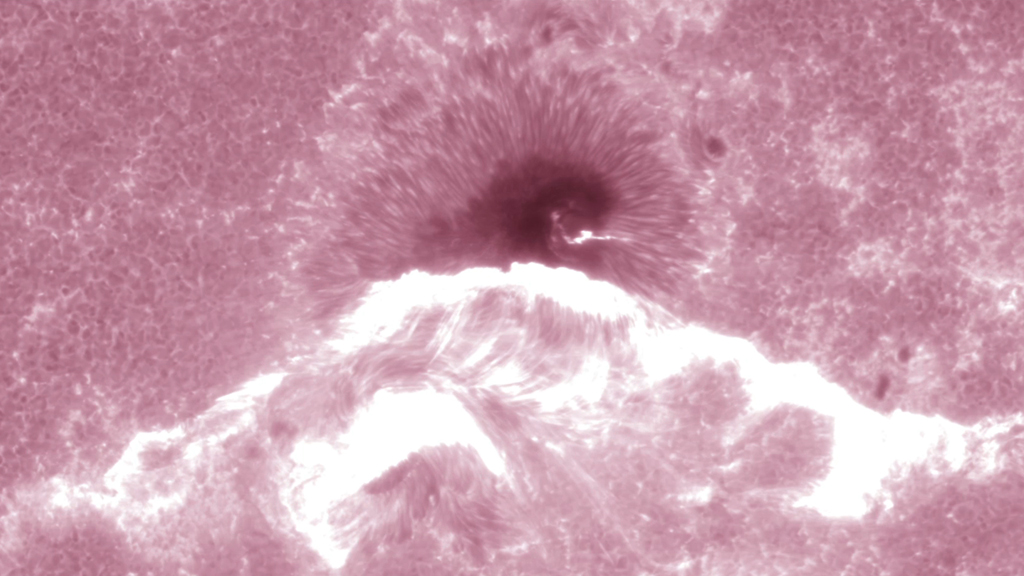 Download Options
The bright flash of a solar flare erupts above a sunspot.

Download Options
The Hinode spacecraft launched into space in 2006.

Please give credit for this item to:
NASA's Goddard Space Flight Center
Hinode video and images courtesy of NASA/JAXA