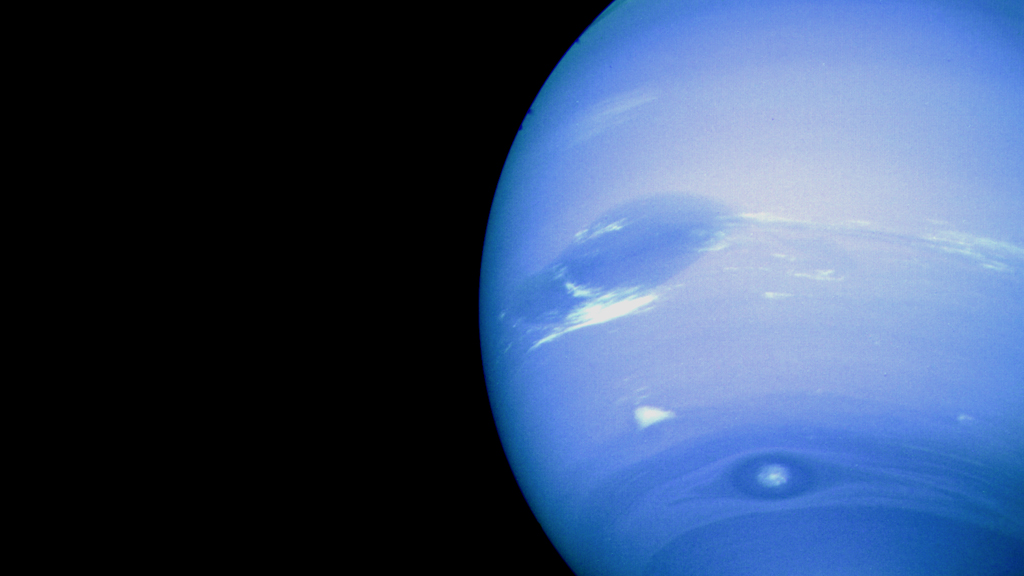 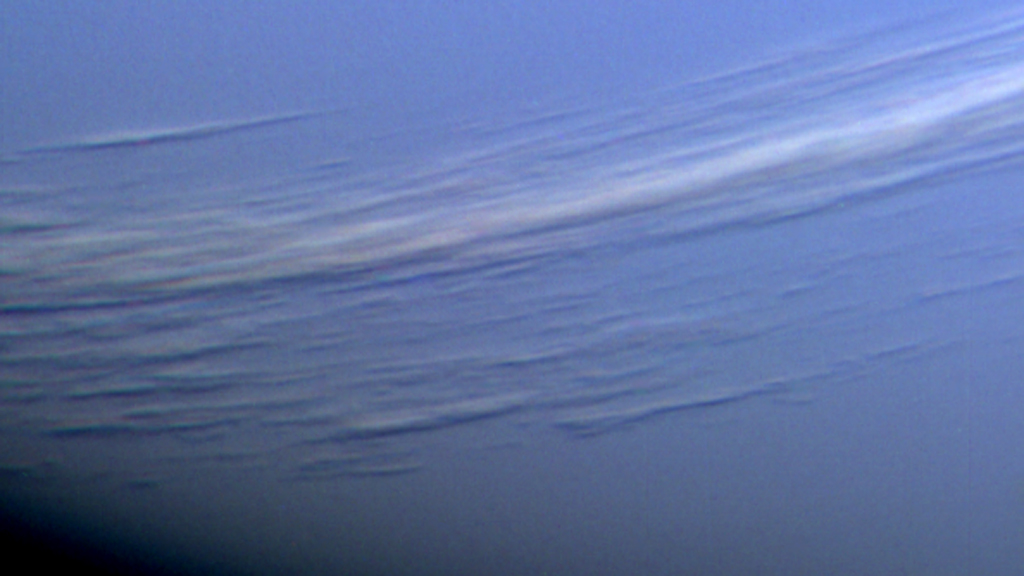 Download
Clouds on Neptune are made from methane ice crystals. 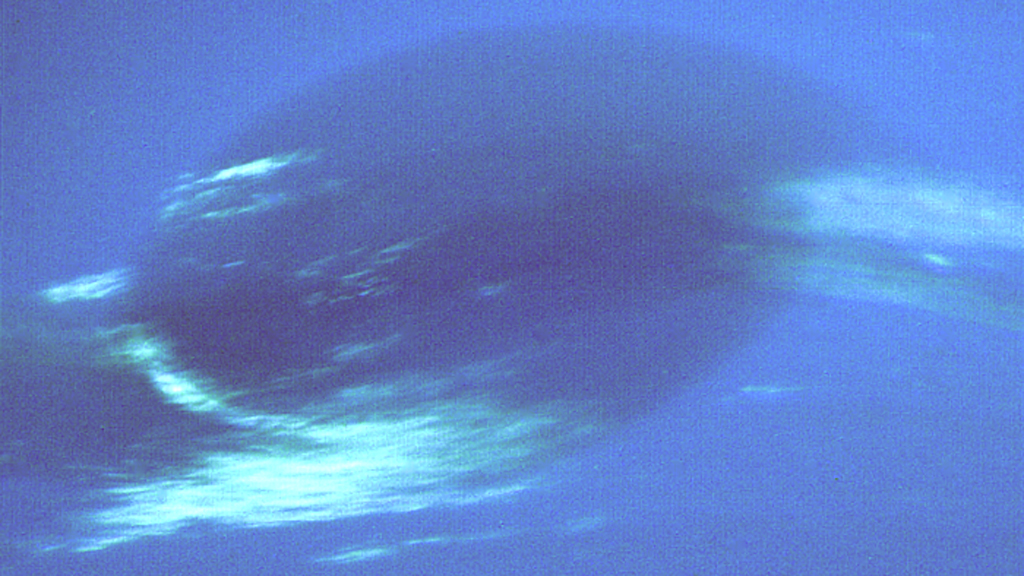 Download
This Earth-size storm is called the "Great Dark Spot." Scientists now know such storms are impermanent features on Neptune. 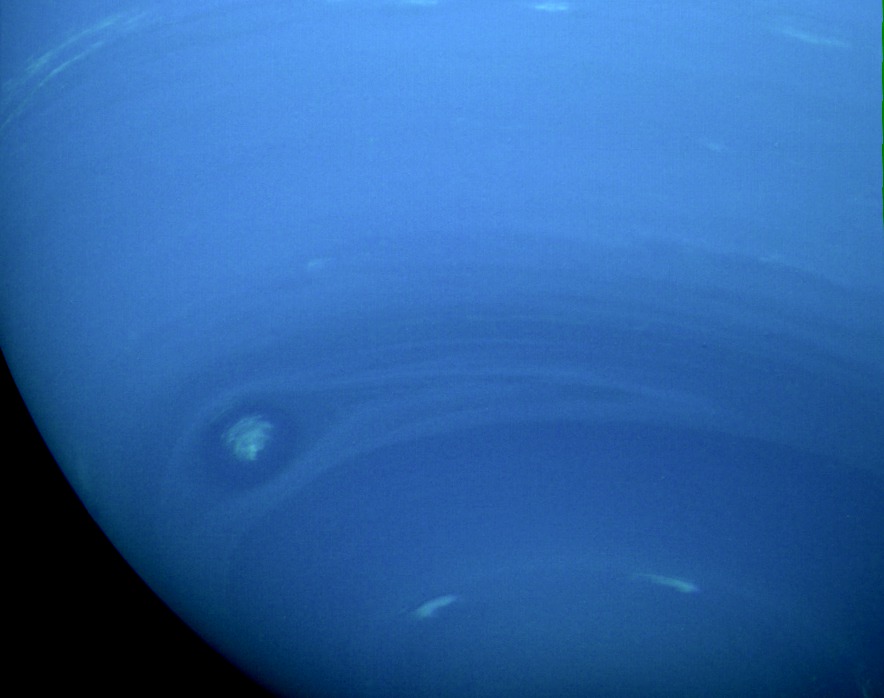 Download
Neptune’s southern hemisphere is seen here from a distance of 2.6 million miles.