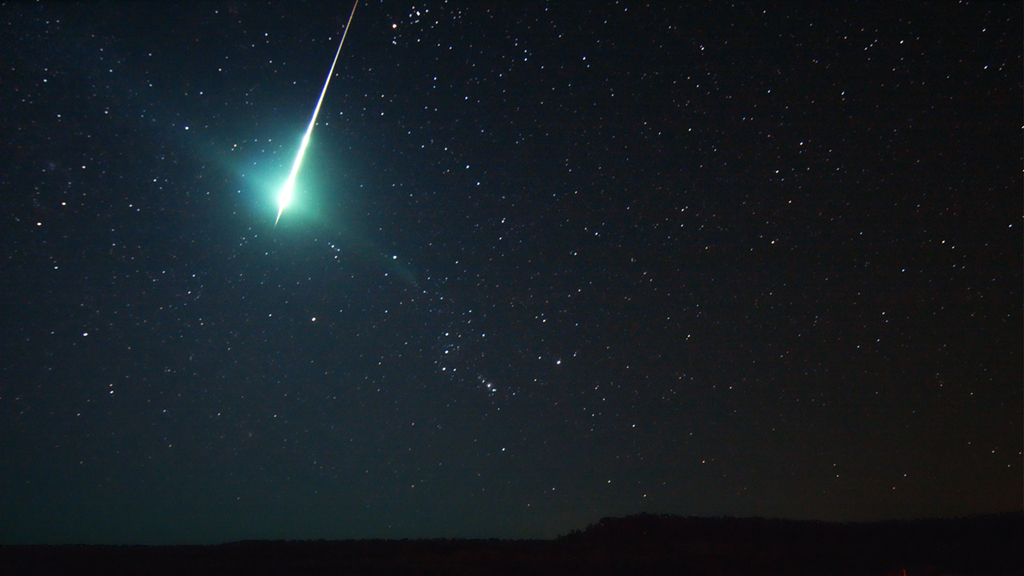 Download Options
Bright meteors light up the night sky each spring—and scientists aren't sure why.
Download Options
More than 100 tons of meteor-producing debris enters Earth's atmosphere each day. Watch this video to learn more.
Download Options
This video compilation shows observations made by NASA's network of ground cameras in March and April 2013. 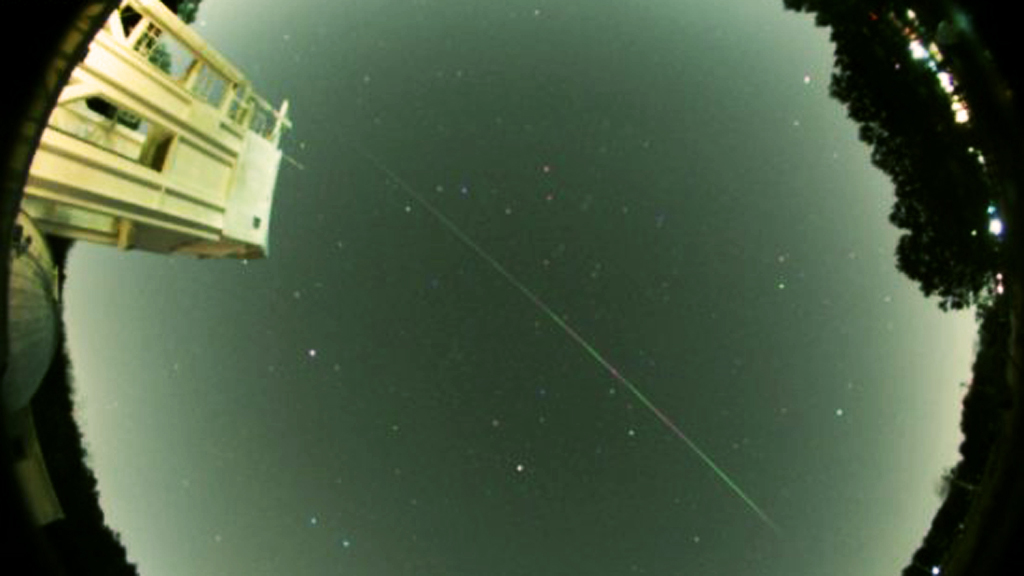 Download Options
The meteor that created this streak was about an inch in diameter and weighed just 22 grams. 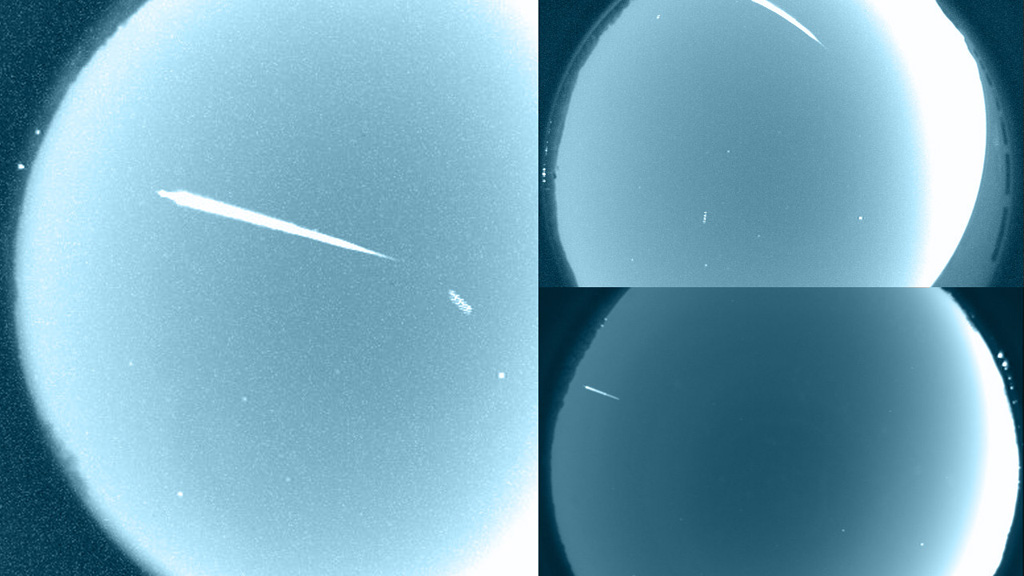 Download Options
Three ground cameras tracked this bright meteor as it traveled through the sky at approximately 32,000 mph. 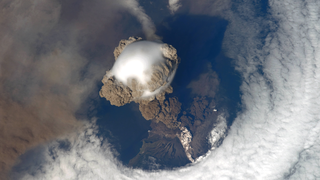