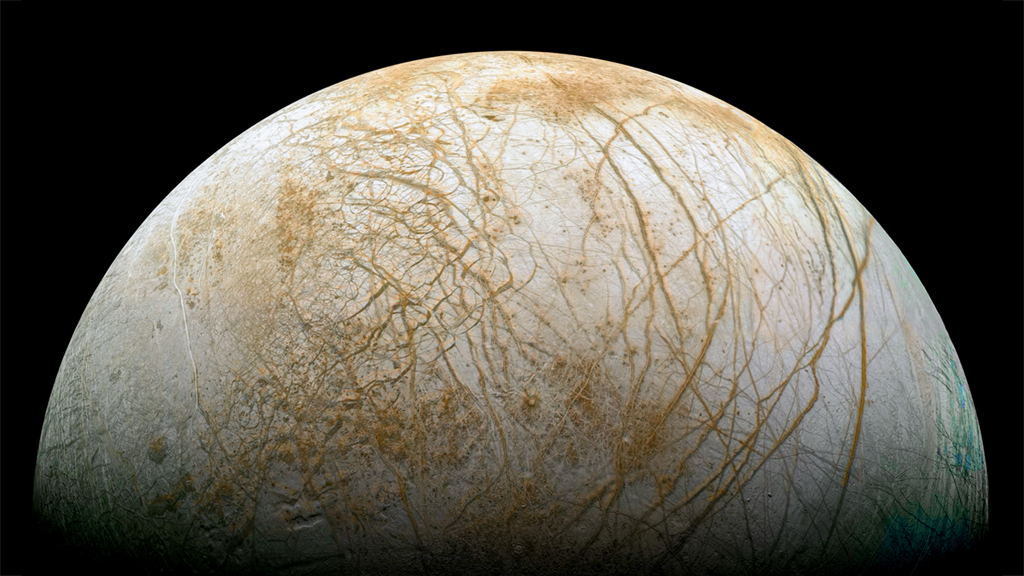 Download
Giant lakes trapped in Europa's crust bust up this distant moon's icy surface.
Download
Find out what Europa's chaos terrains could mean for the possibility of finding life deep within its chilly ocean. 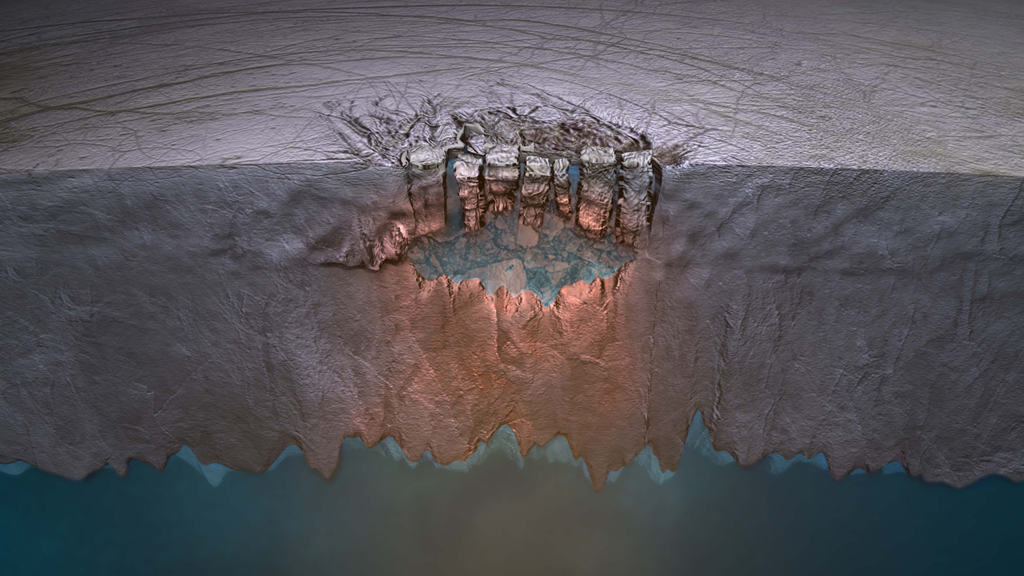 Download
An artist's interpretation of a subsurface lake formed inside Europa's crust due to a rising plume of warm ocean water. 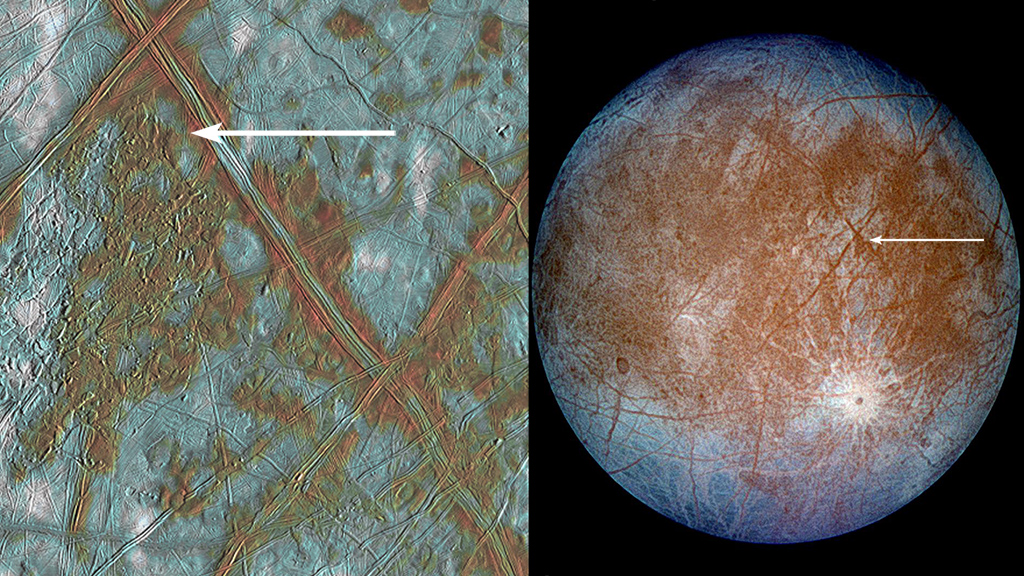 Download
The Conamara Chaos, indicated with an arrow, is a well-known chaotic region on Europa. 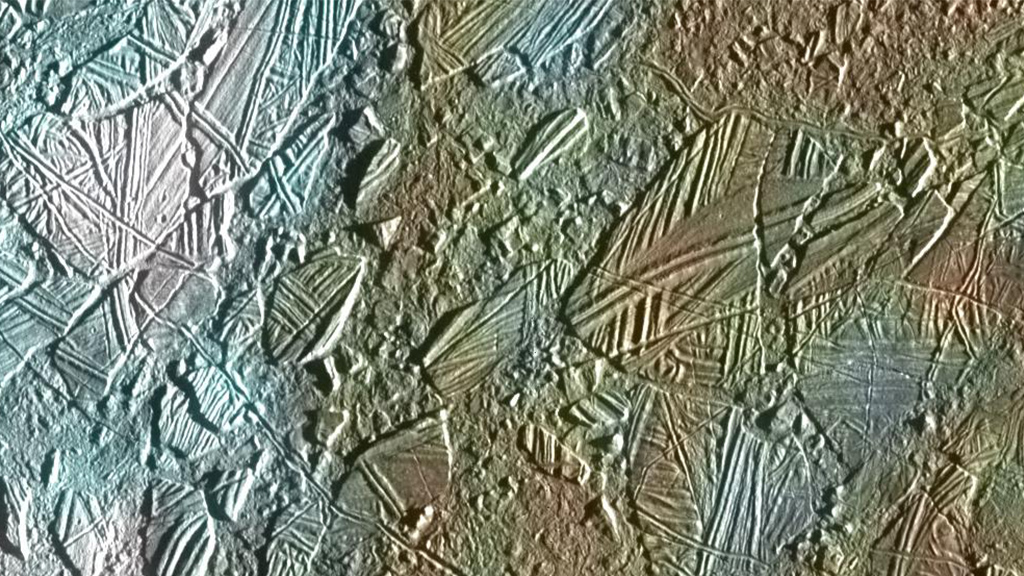 Download
A close-up view of the Conamara Chaos reveals jumbled blocks of ice that have refrozen to the surface.