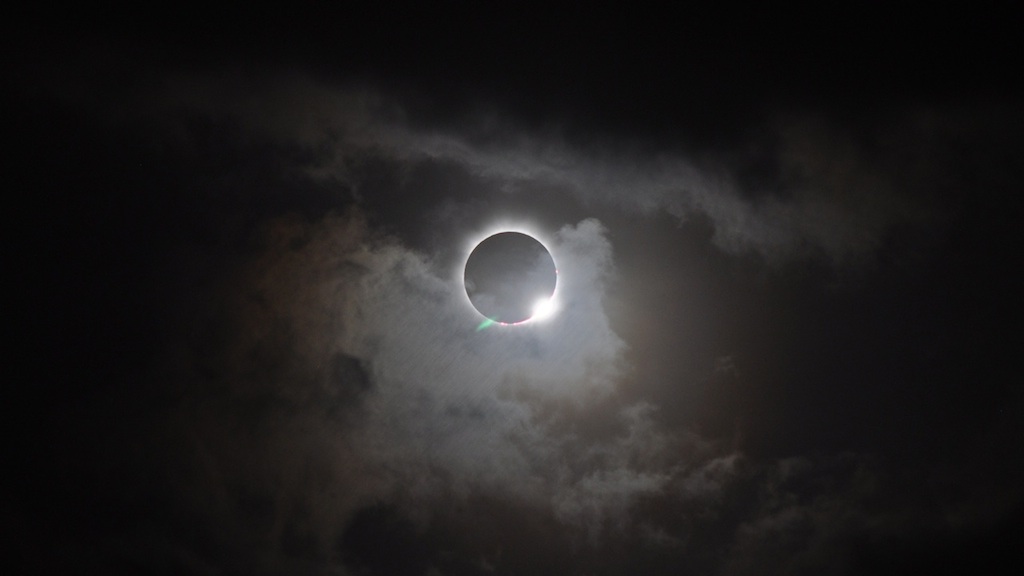 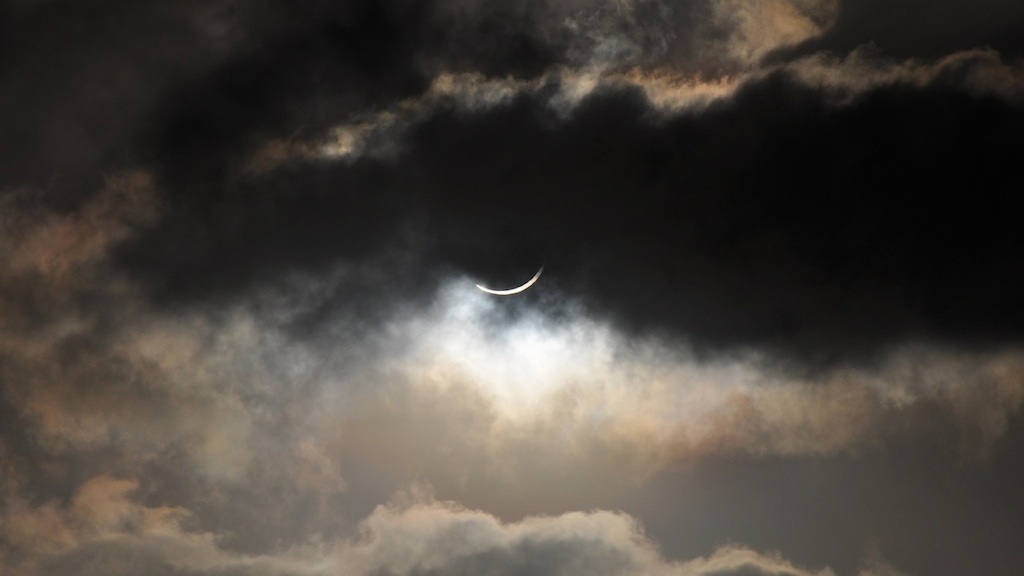 Download Options
Clouds appear black as the moon blocks out much of the sun's light. 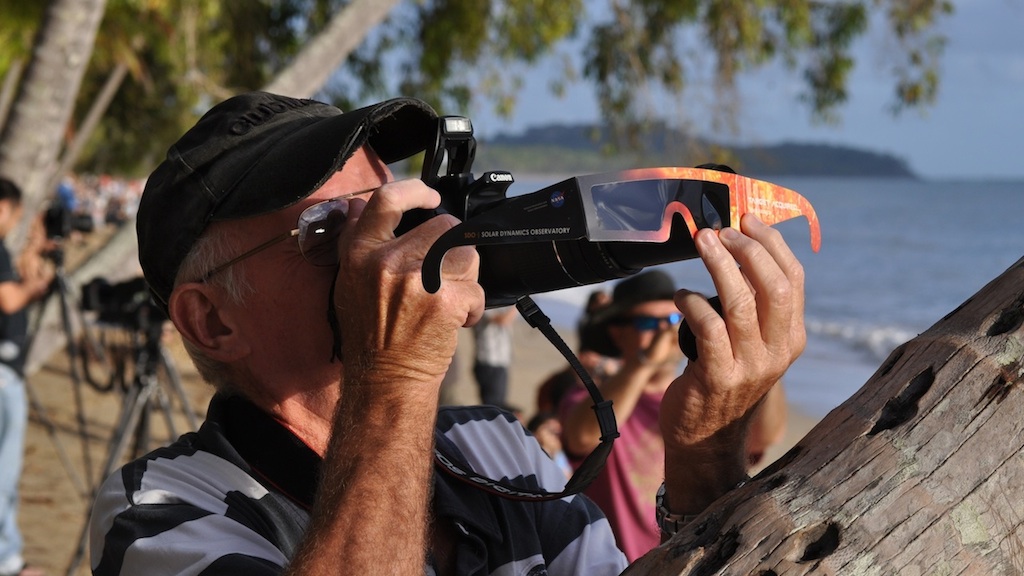 Download Options
How do you photograph an eclipse? With glasses that block nearly all ultraviolet, infrared and visible light.