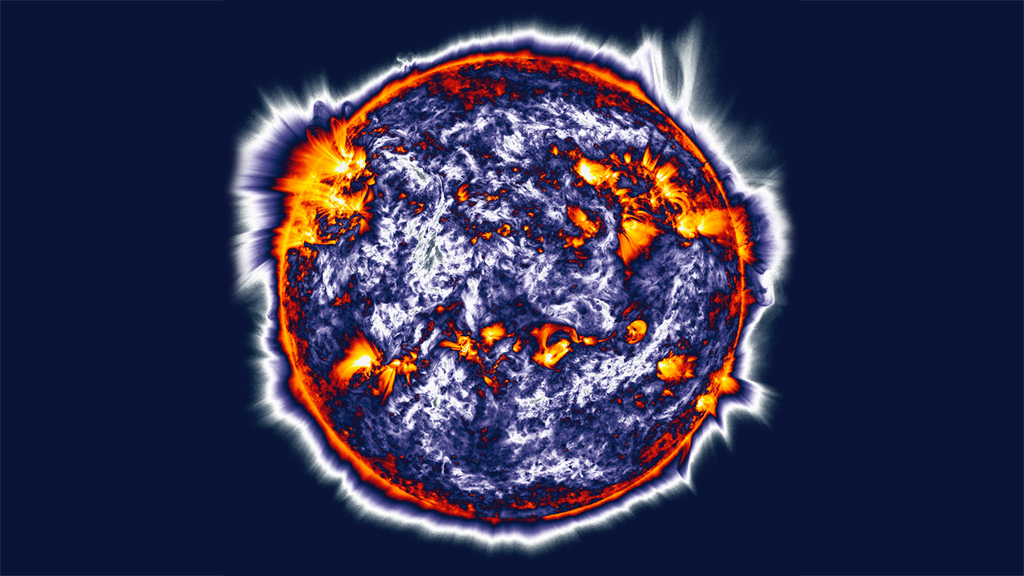 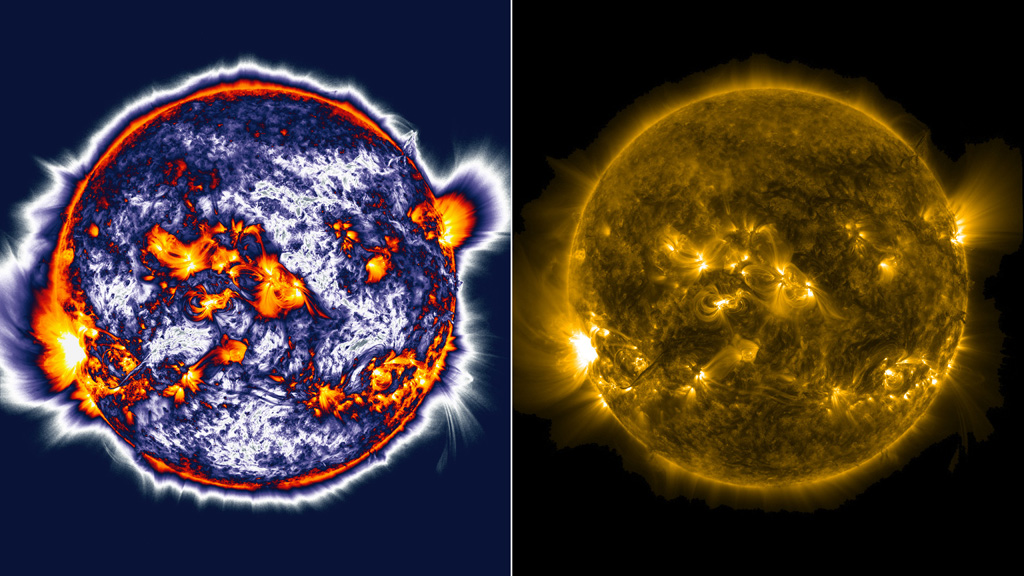 Download Options
Compare the level of detail seen in the enhanced (left) versus unedited (right) image of the sun. 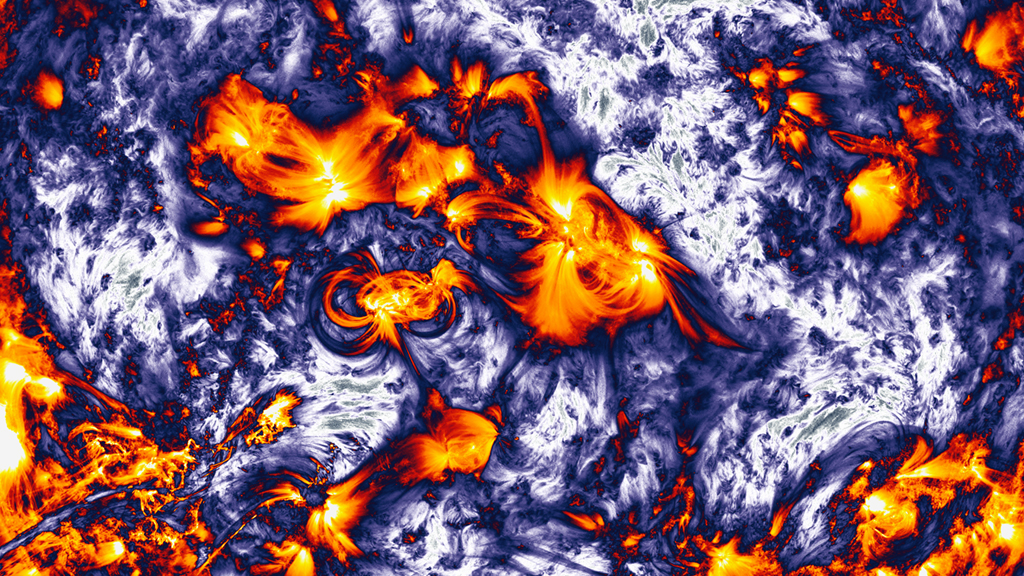 Download Options
Features in the sun's atmosphere stand out in images enhanced by the filter. 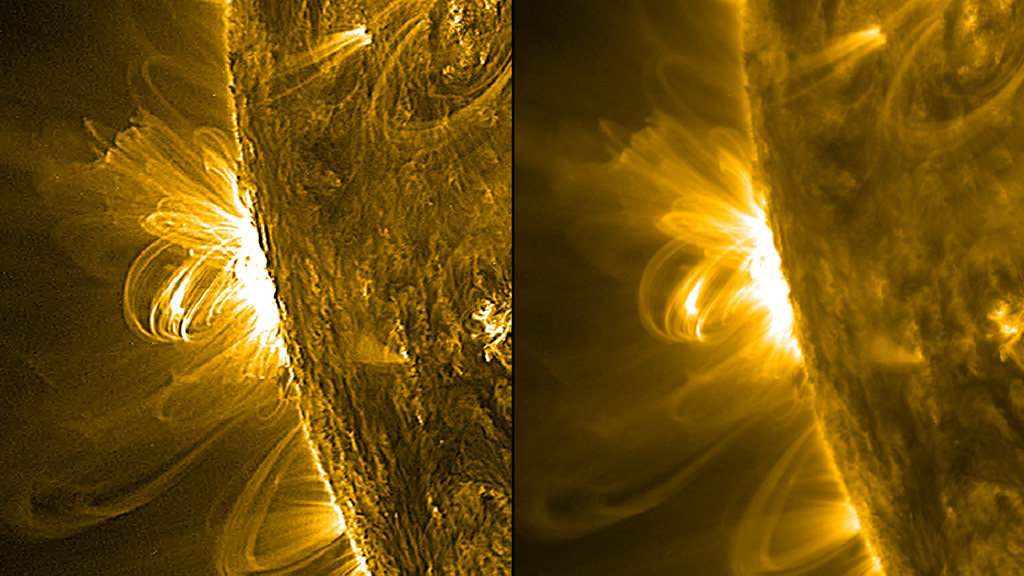 Download Options
The coronal loops visible in the unedited image (right) become sharper, more defined and easier to study with the application of a filter (left). 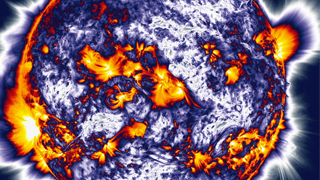