Up, Up And Away 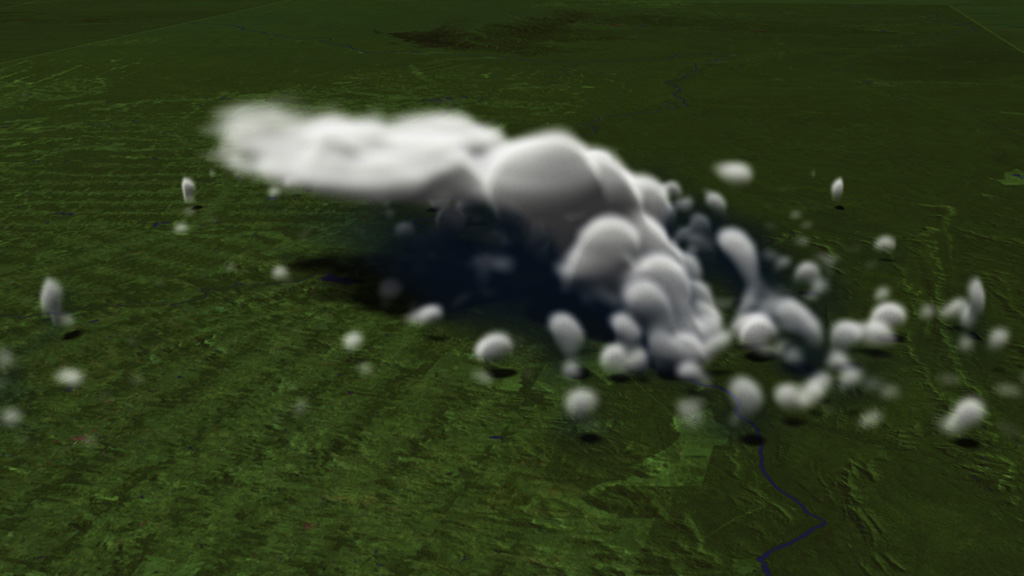 Download Options
Cloud evolution in under a minute.
Download Options
Morning sunlight drives the rise of warm air and moisture, which condenses and forms billions of tiny droplets that make up a cloud. 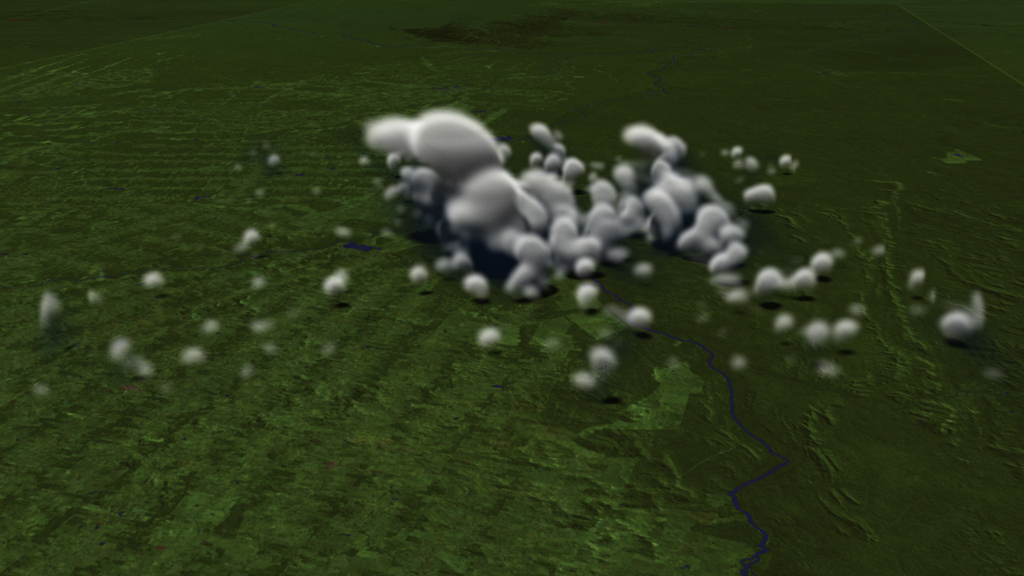 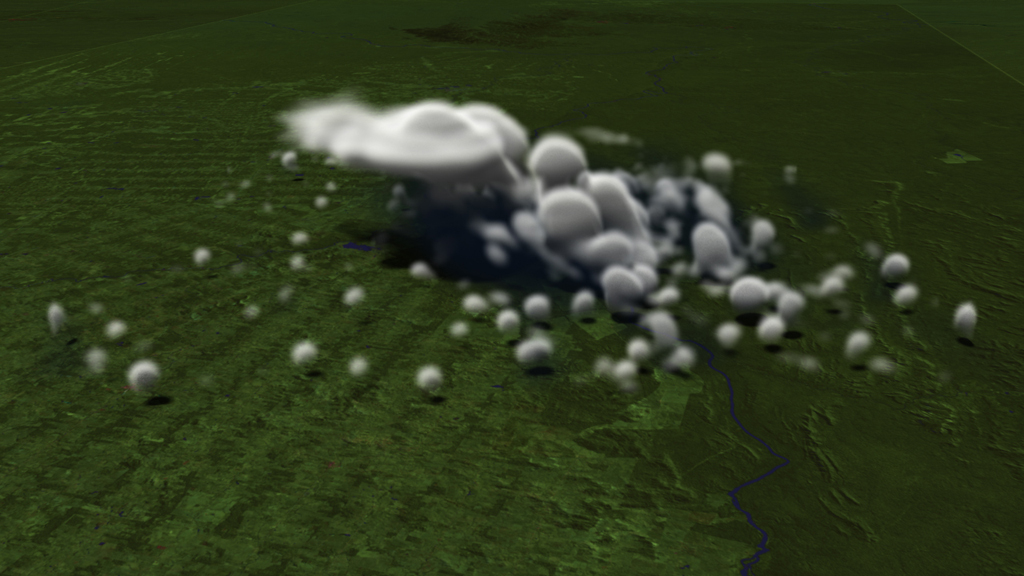 Download Options
Rain (blue) cools the air below the storm system, generating downdrafts that cause some clouds to merge and others to dissolve. 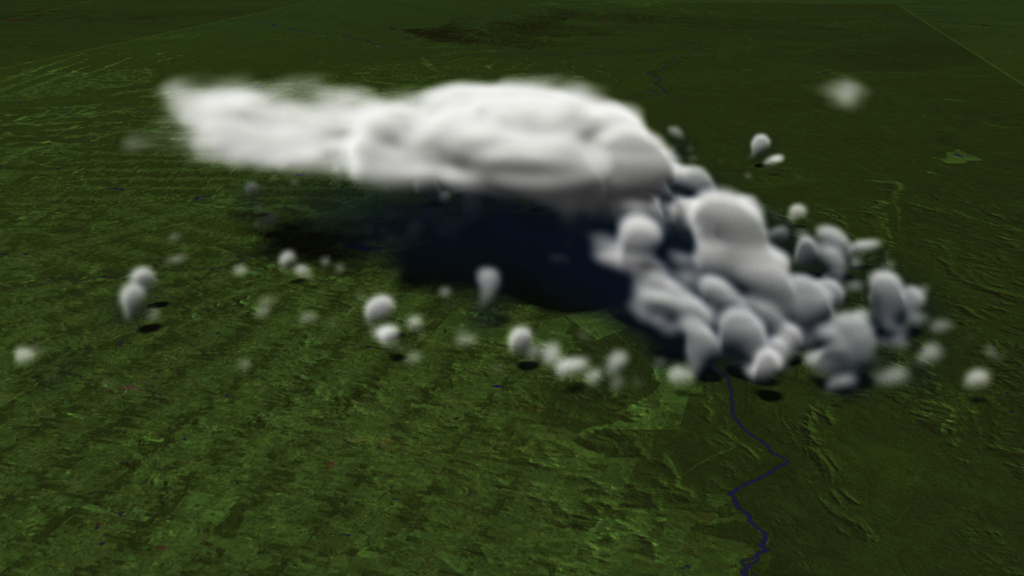 Download Options
A single storm cloud cast in the shape of an anvil emerges as high-altitude winds level the cloud top. 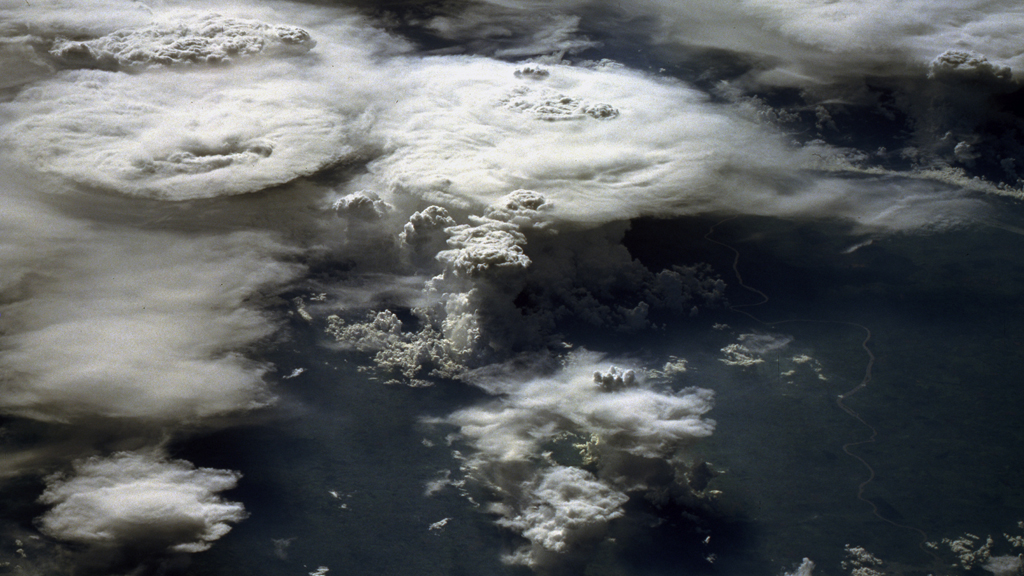 Download Options
An astronaut aboard Space Shuttle Challenger photographed this cluster of cumulonimbus clouds near the Parana River in southern Brazil. 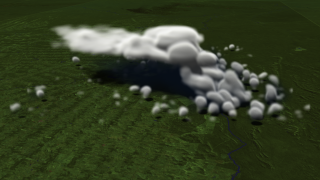 Please give credit for this item to:
NASA's Goddard Space Flight Center
Astronaut image STS41B-41-2347 was provided by the Earth Sciences and Image Analysis Laboratory at Johnson Space Center. 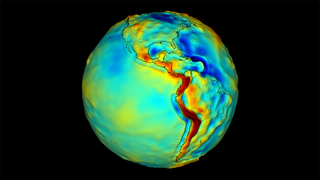