Trapped In The Troposphere 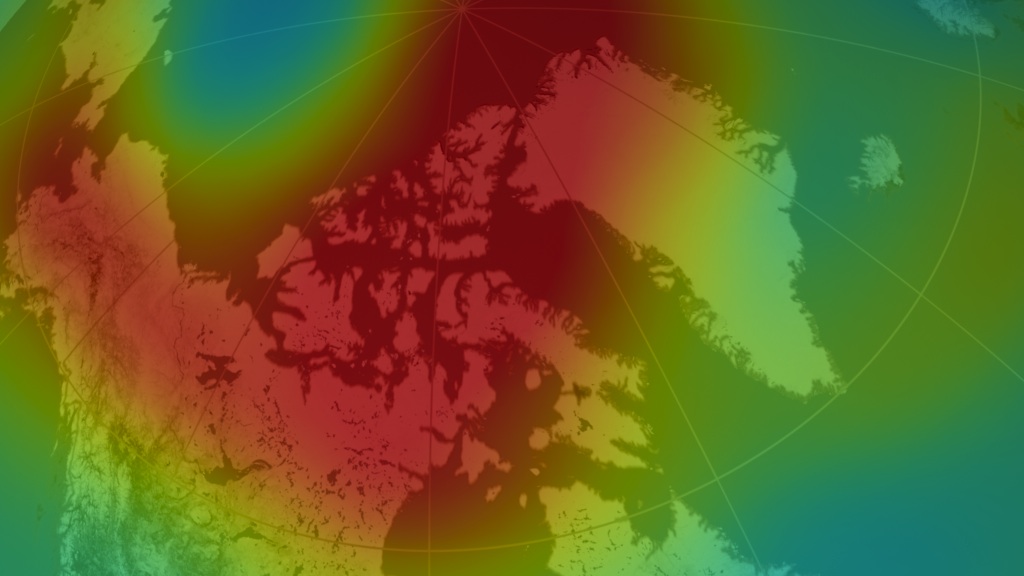 Download
Powerful winds hold carbon dioxide hostage in the Arctic.
Download
Arctic carbon dioxide levels are measured in the mid-troposphere, about 5 to 7 miles above the surface. 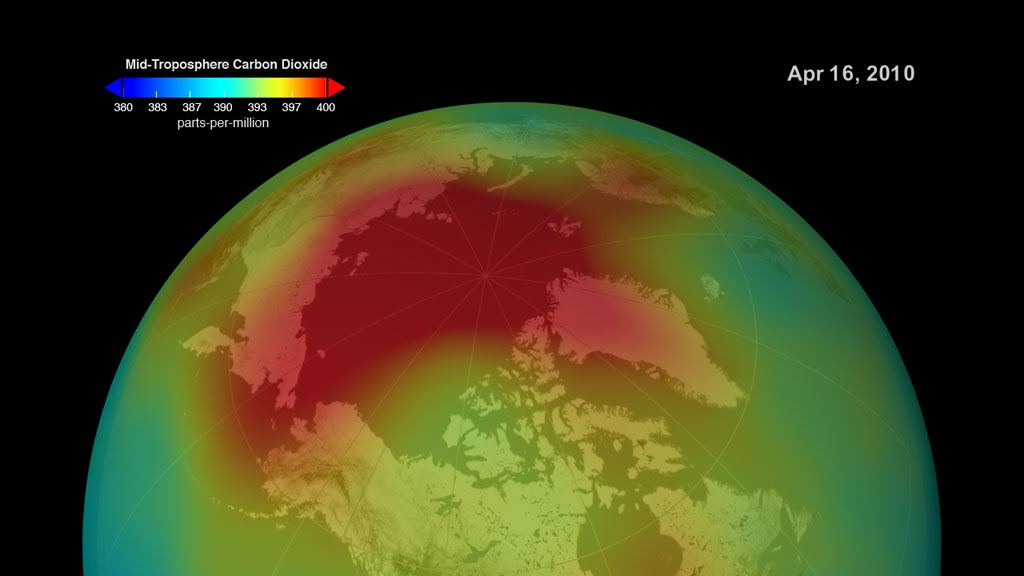 Download
Decaying vegetation and the winter build-up of carbon dioxide combine for maximum concentrations above 400 parts per million in April. 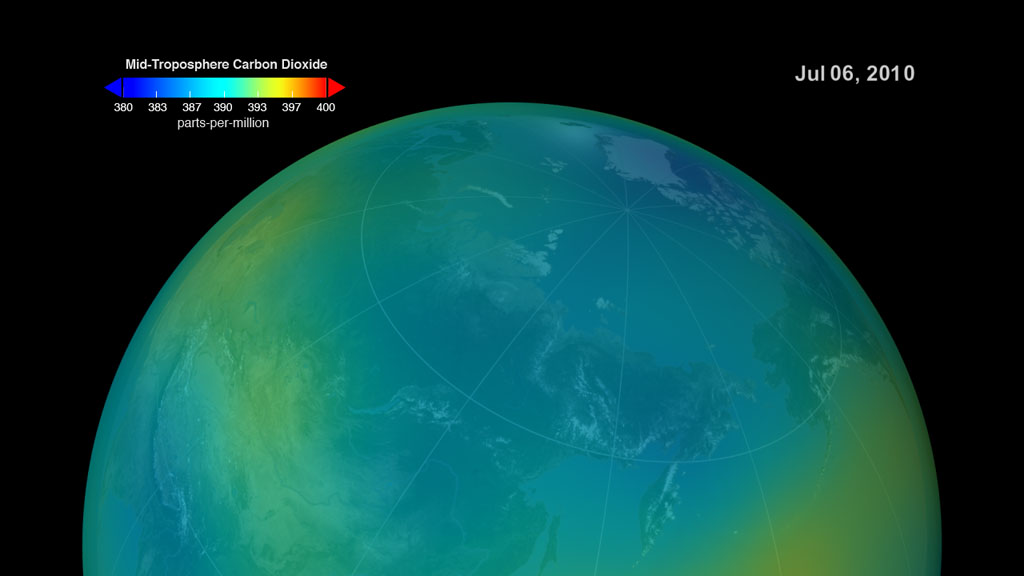 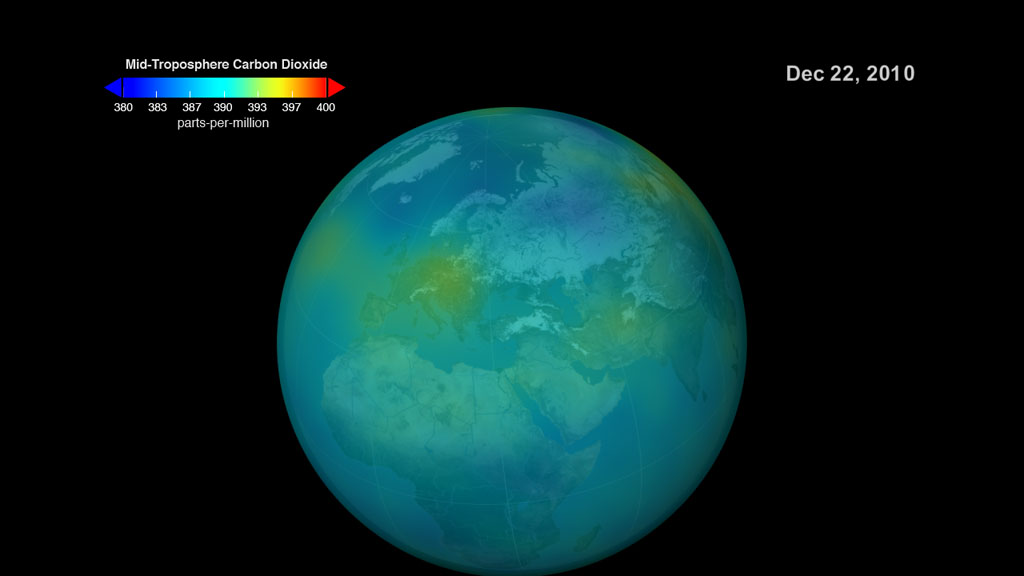 Download
By the first day of winter, a carbon dioxide concentration closer to the global average has emerged across the region. 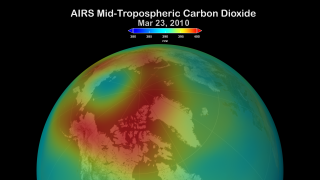