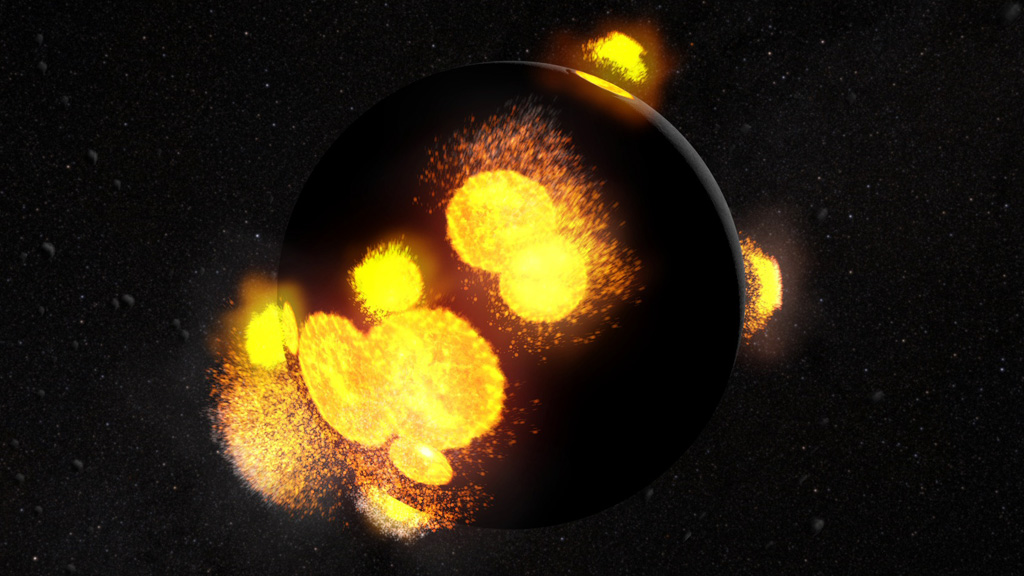 Download
Discover the brutal secret of the moon's violent past.
Download
Take a tour of stunning new views of the moon's surface, provided by the Lunar Reconnassaince Orbiter.
Download
The young moon had barely formed when the barrage of impacts and eruptions that would forever scar its surface began. 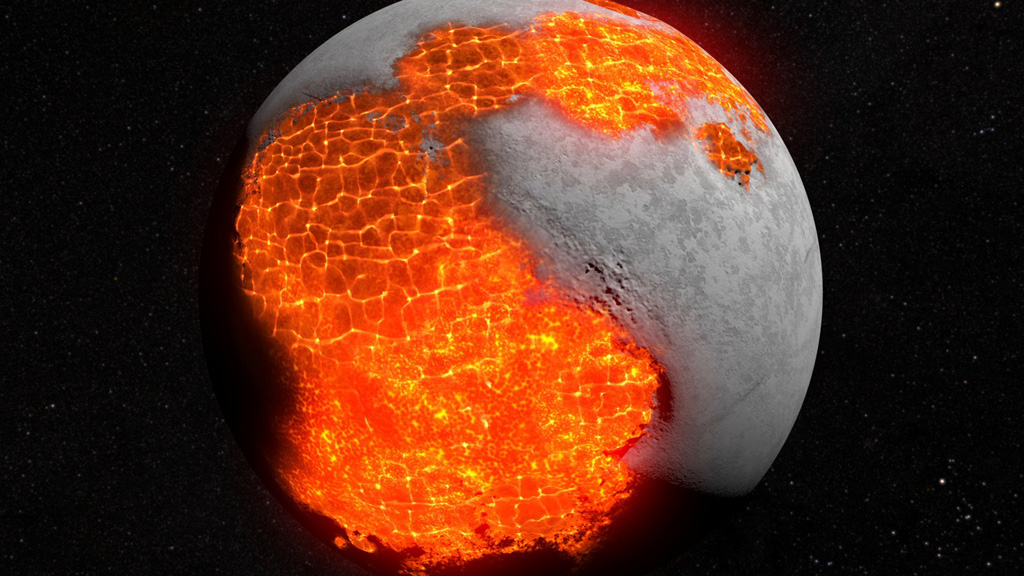 Download
Fields of dark rock left by volcanic eruptions, mistaken for huge seas, were named "maria." Some of them make up the Man in the Moon's face. 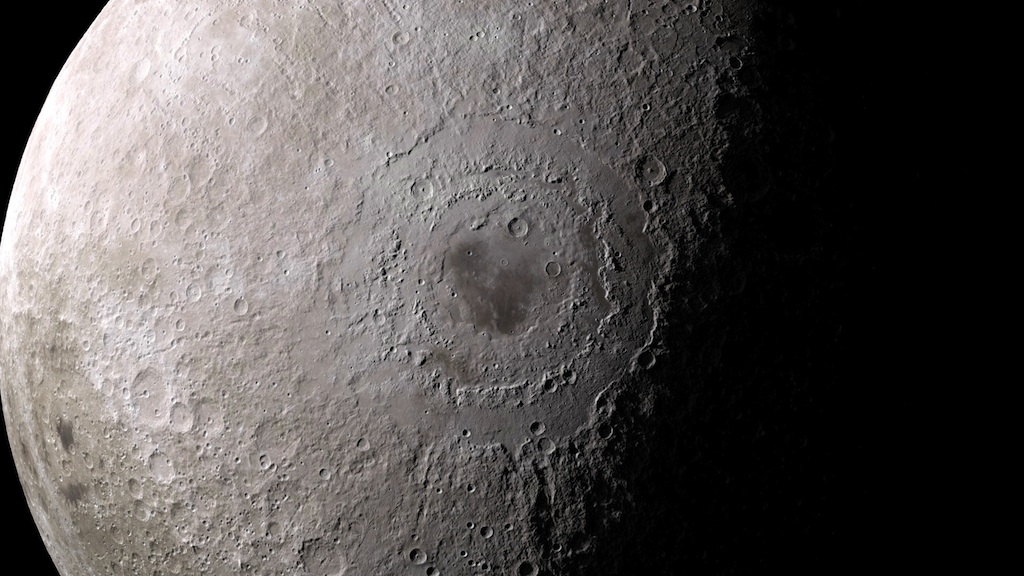 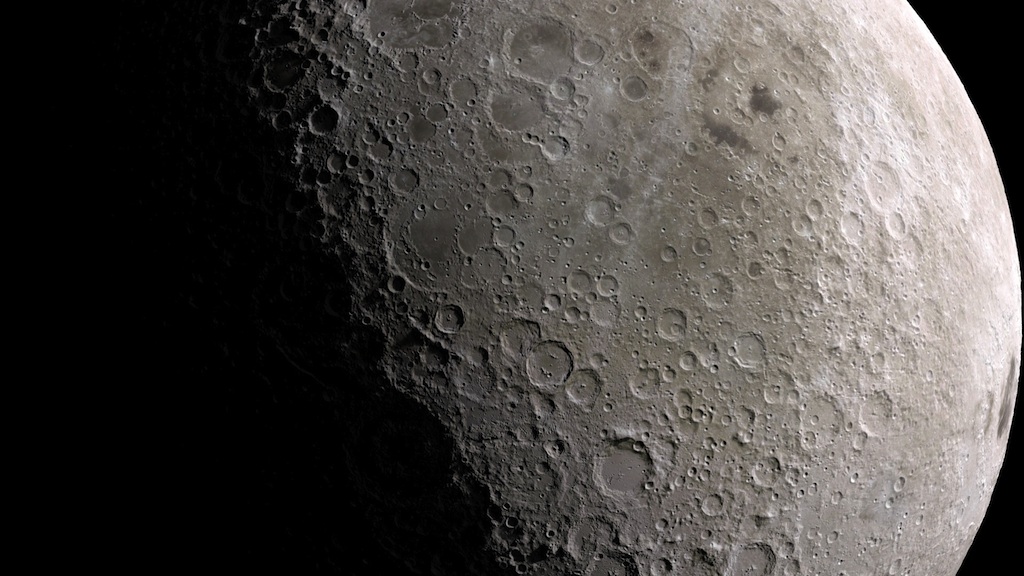 Download
A lifetime of pummeling by space objects large and small has given the moon its familiar, pockmarked look. 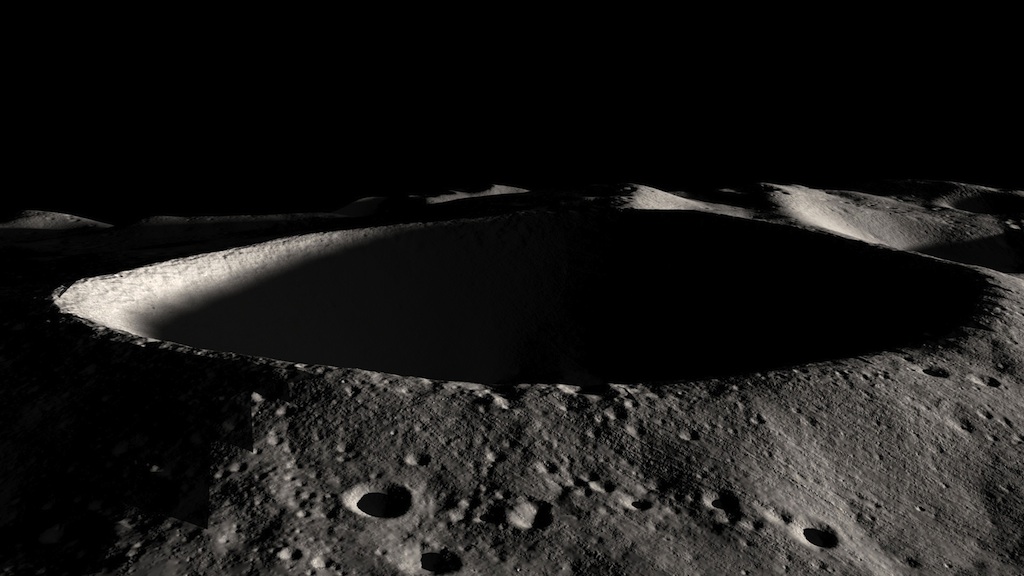 Download
The sun beats endlessly on the peaks of the south pole's Shackleton crater, but its cold depths may not have seen light for 2 billion years. 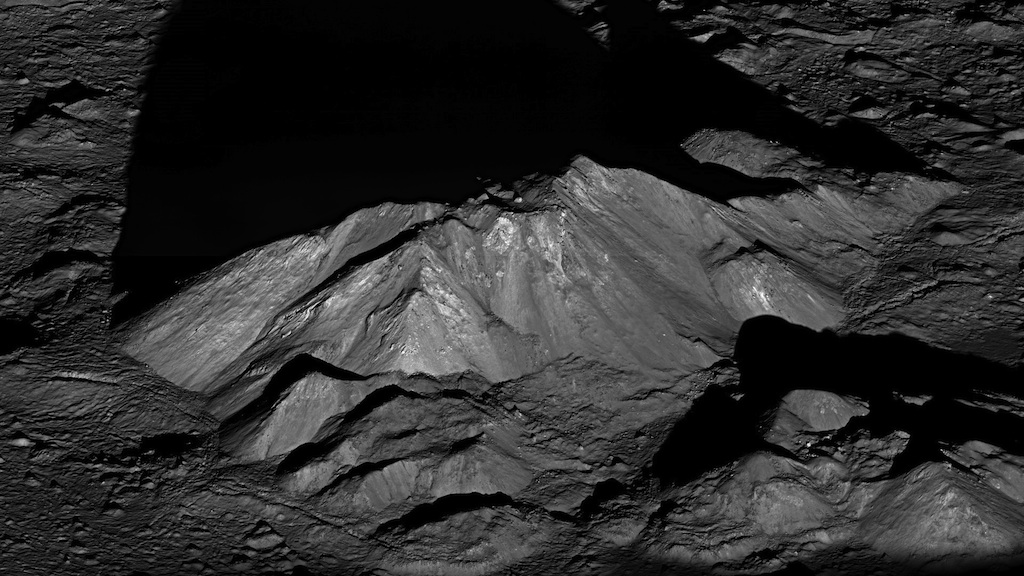 Download
Because Tycho crater is young, the 1-mile-tall peaks at its center are still sharp and imposing. 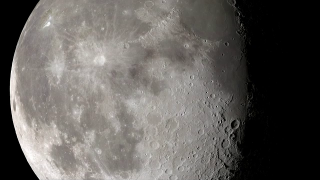 A Narrated Tour of the Moon 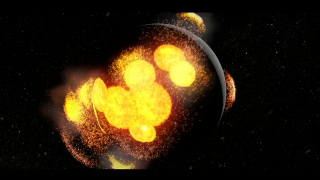 Evolution of the Moon

A Narrated Tour of the Moon

Evolution of the Moon