Download Options
This movie of the March 6, 2012 X5.4 flare was captured by the Solar Dynamics Observatory (SDO) in the 171 angstrom wavelength. One of the most dramatic features is the way the entire surface of the sun seems to ripple with the force of the eruption. This movement comes from something called EIT waves — because they were first discovered with the Extreme ultraviolet Imaging Telescope (EIT) on the Solar Heliospheric Observatory. Since SDO captures images every 12 seconds, it has been able to map the full evolution of these waves and confirm that they can travel across the full breadth of the sun. The waves move at over a million miles per hour, zipping from one side of the sun to the other in about an hour. The movie shows two distinct waves. The first seems to spread in all directions; the second is narrower, moving toward the southeast. Such waves are associated with, and perhaps trigger, fast coronal mass ejections, so it is likely that each one is connected to one of the two CMEs that erupted on March 6.

Download Options
Version of Massive Flare Gets HD Close Up without labels. Footage and music only 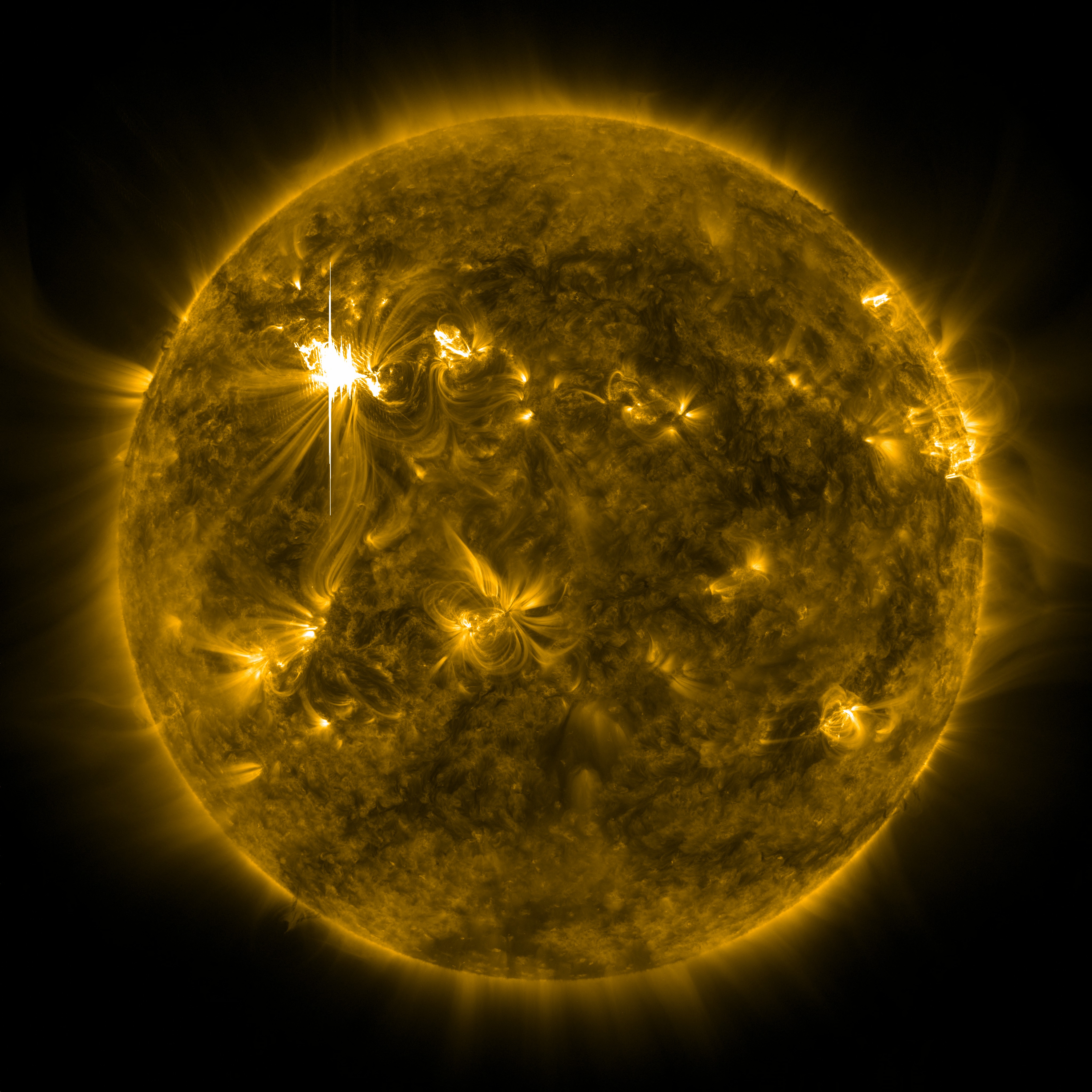 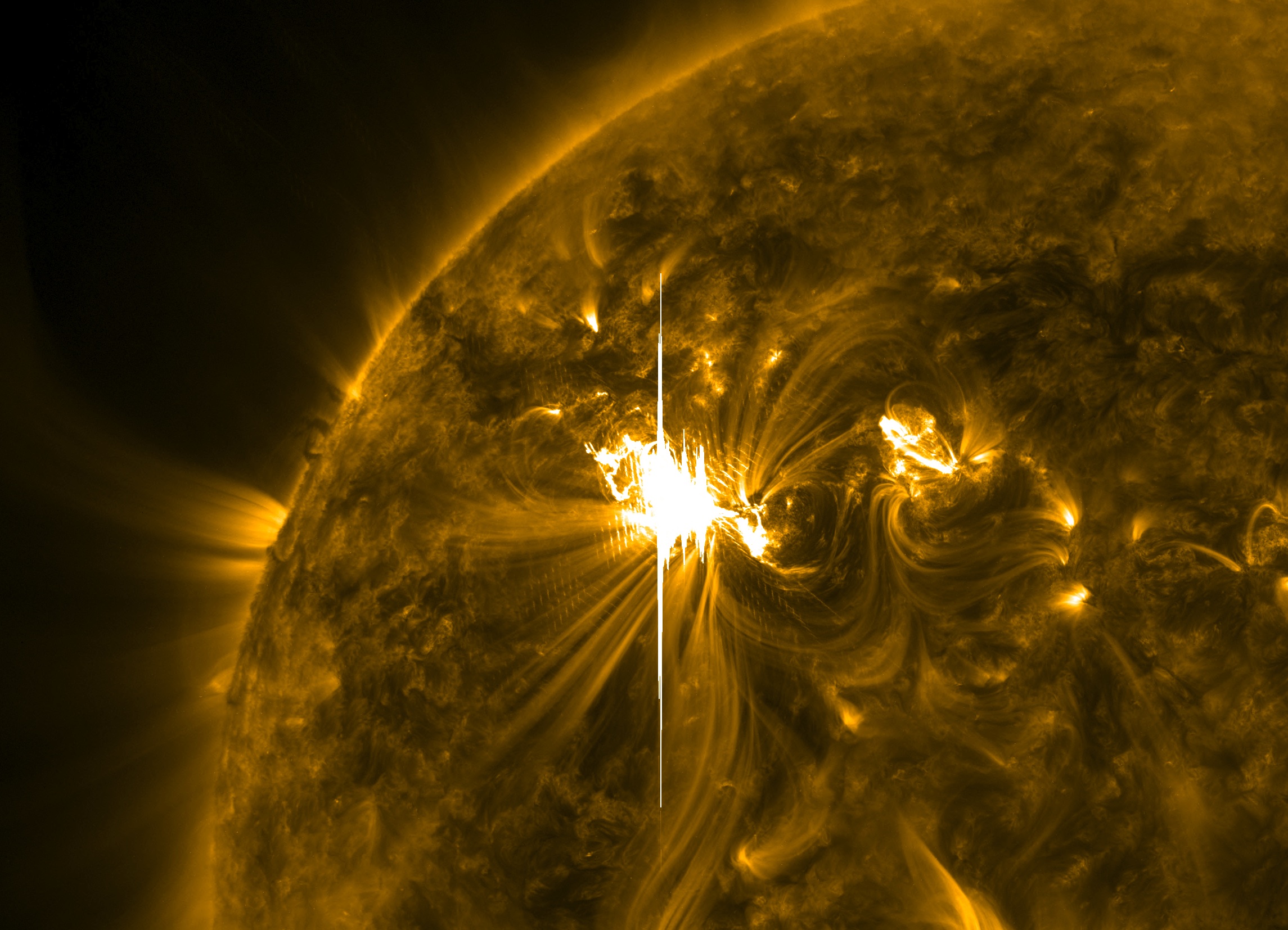 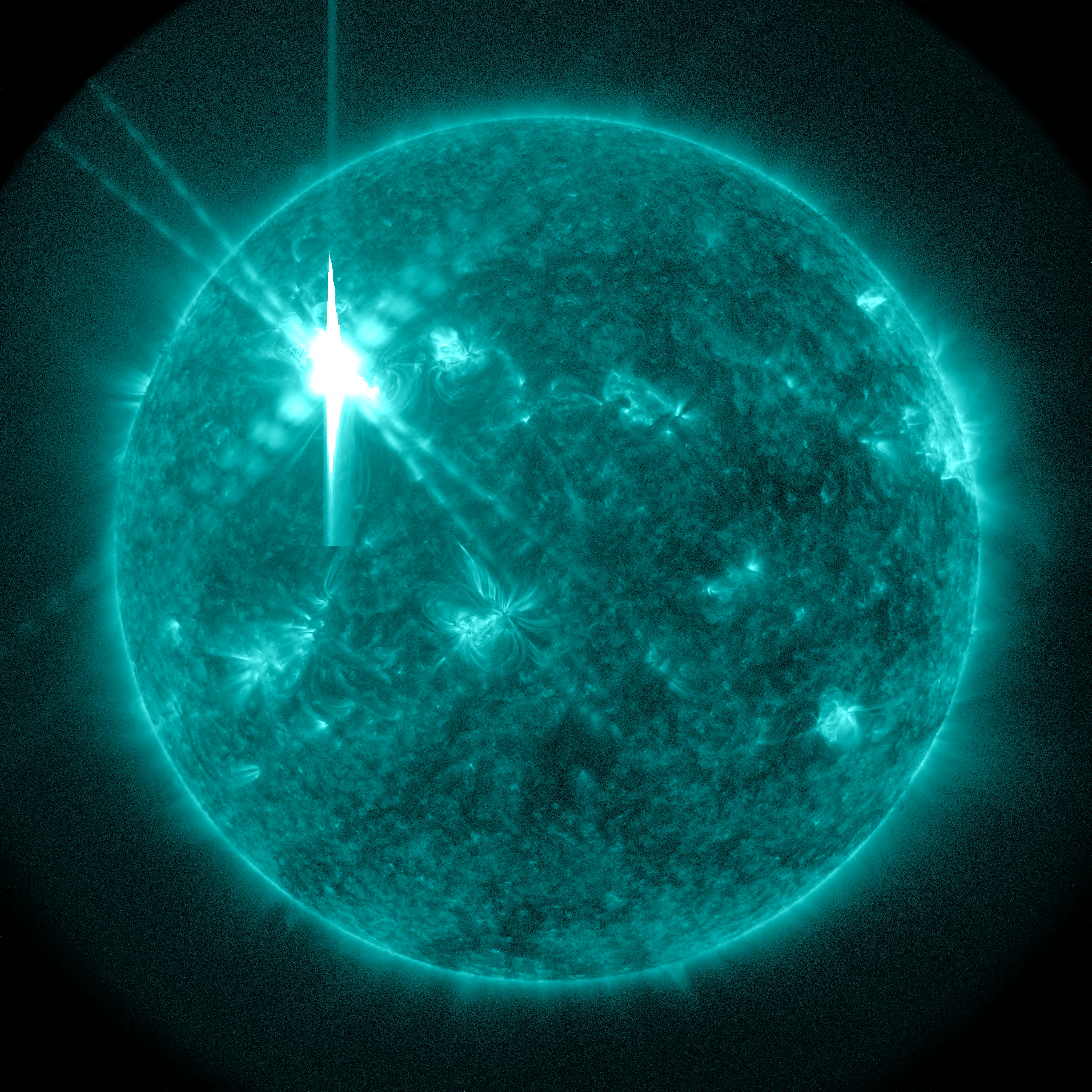 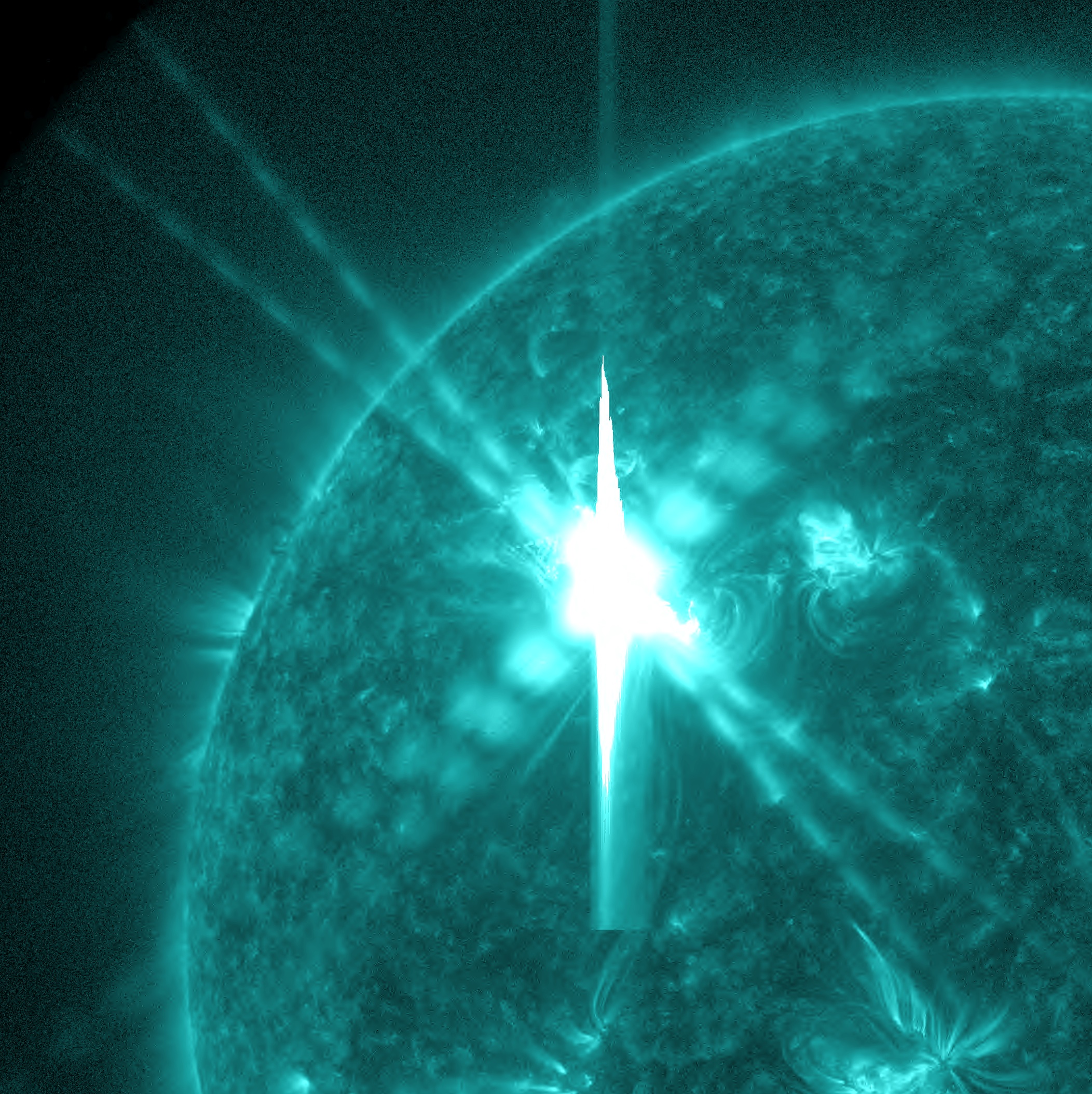 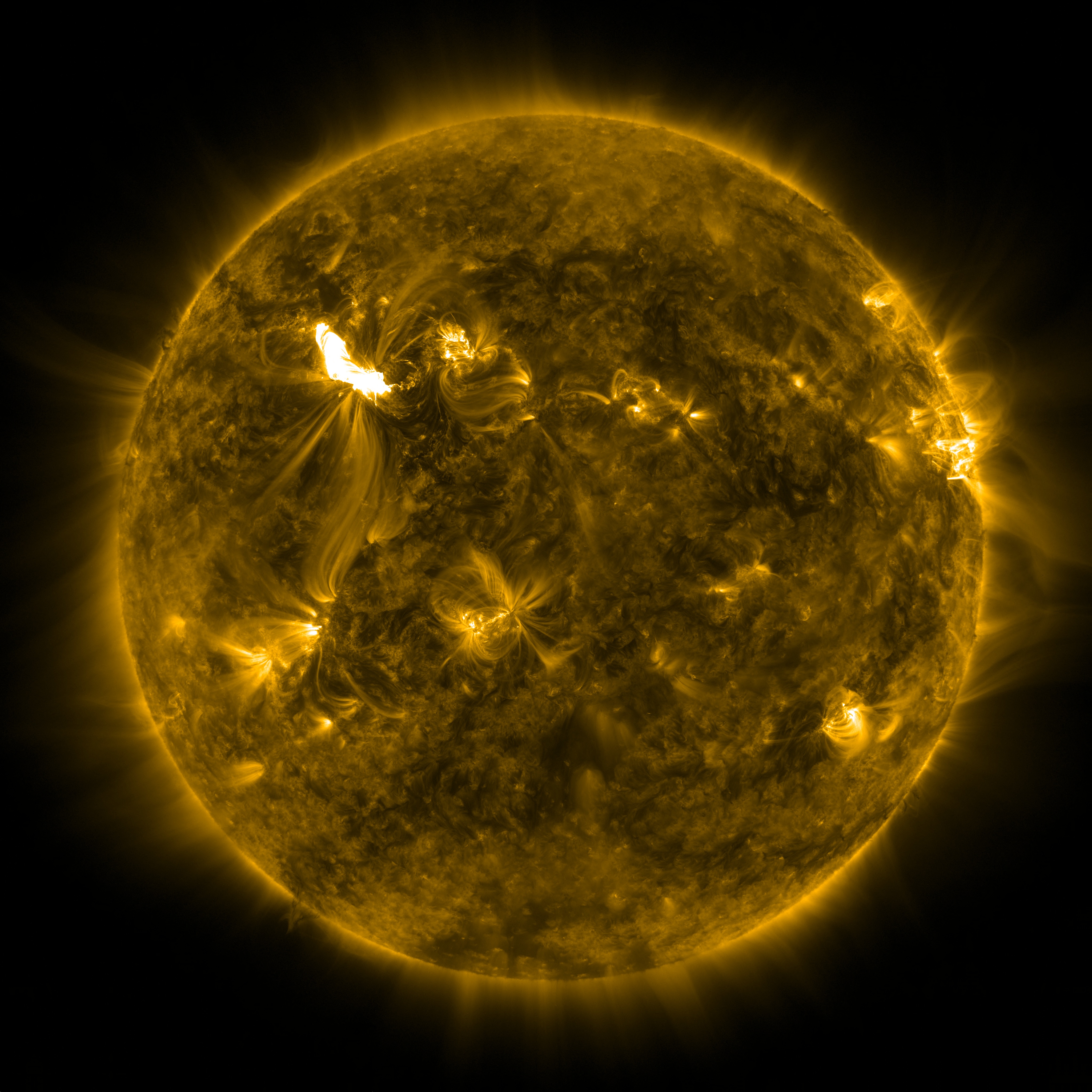 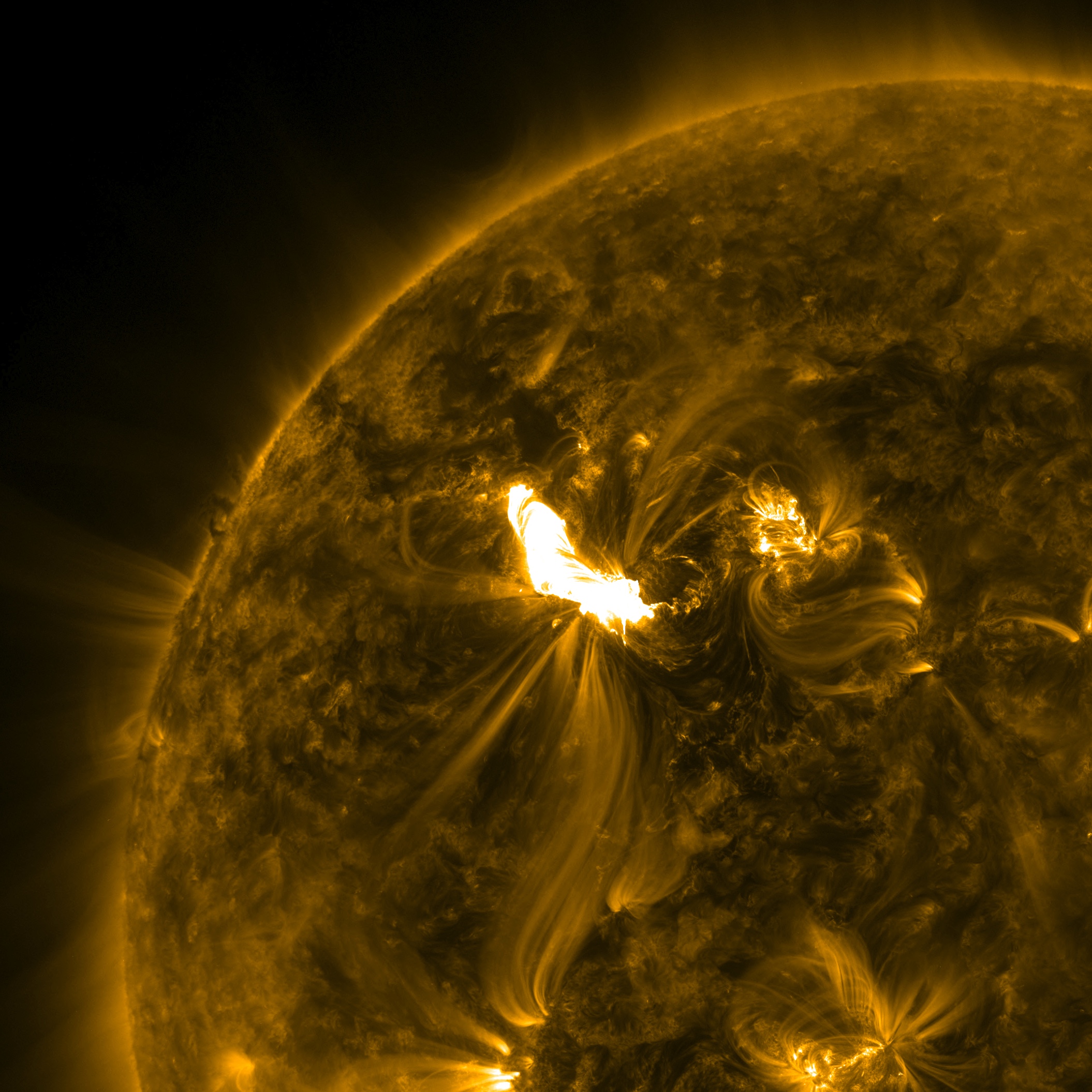 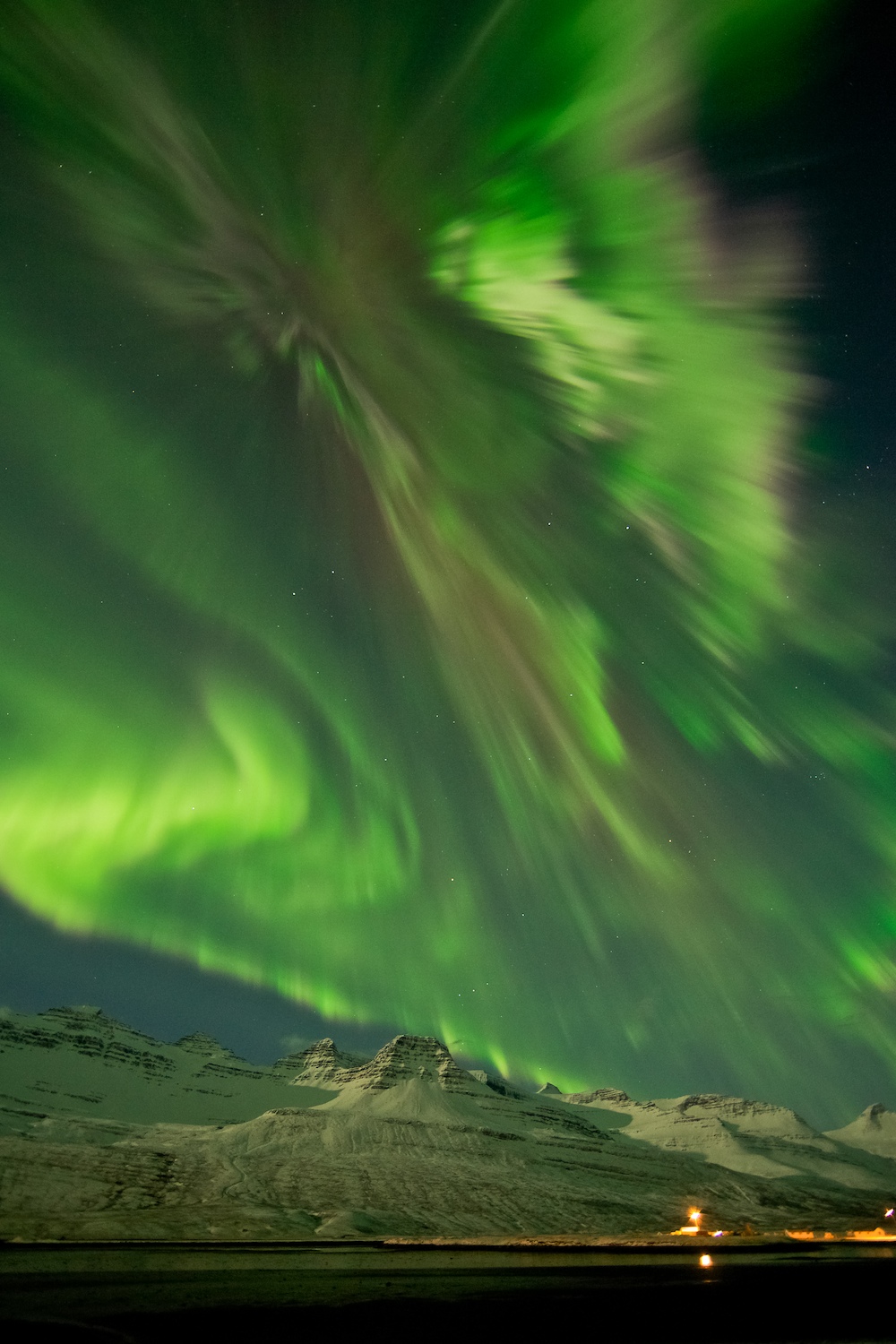 Download Options
An aurora on March 8, 2012 shimmering over snow-covered mountains in Faskrudsfjordur, Iceland. 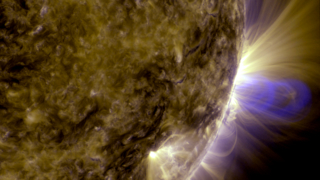 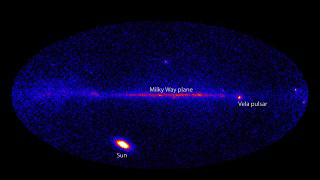 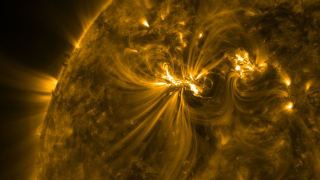 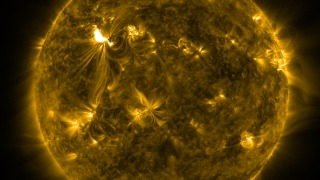 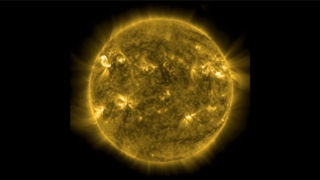