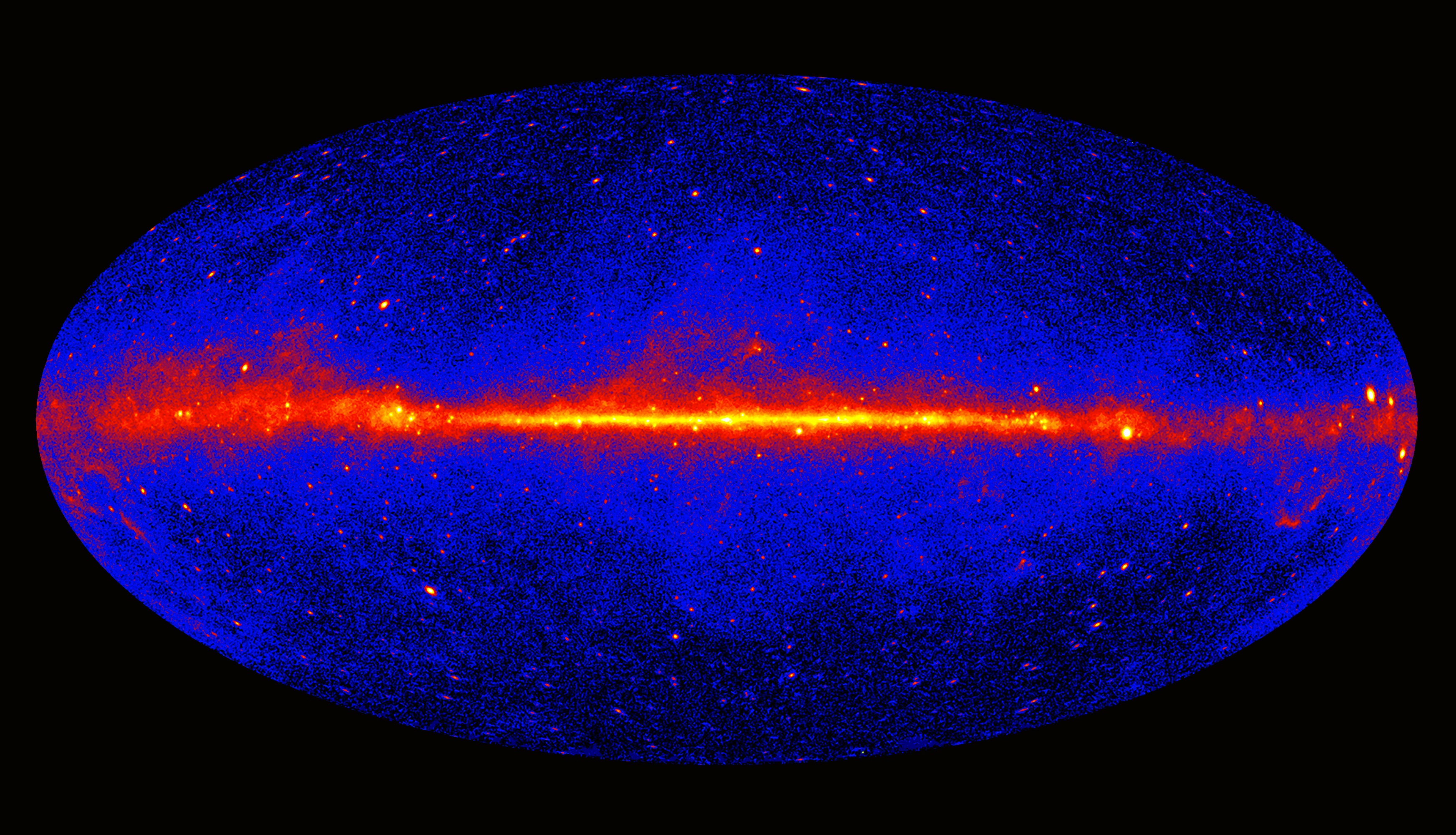 Download Options
Fermi's view of the gamma-ray sky continually improves. This image of the entire sky includes three years of observations by Fermi's Large Area Telescope (LAT). It shows how the sky appears at energies greater than 1 billion electron volts (1 GeV). Brighter colors indicate brighter gamma-ray sources. A diffuse glow fills the sky and is brightest along the plane of our galaxy (middle). Discrete gamma-ray sources include pulsars and supernova remnants within our galaxy as well as distant galaxies powered by supermassive black holes. 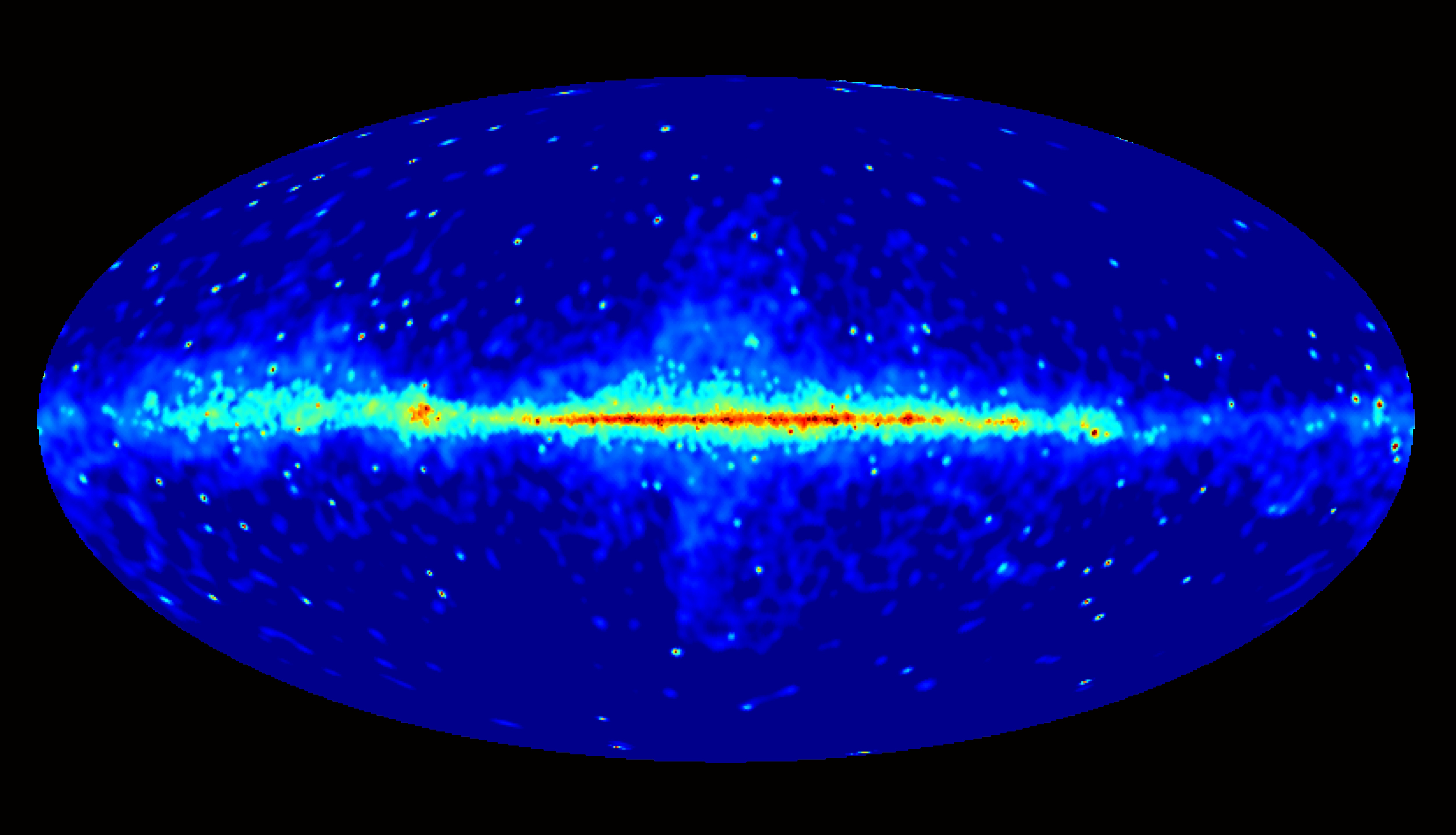 Download Options
This all-sky Fermi view includes only sources with energies greater than 10 GeV. From some of these sources, Fermi's LAT detects only one gamma-ray photon every four months. Brighter colors indicate brighter gamma-ray sources. 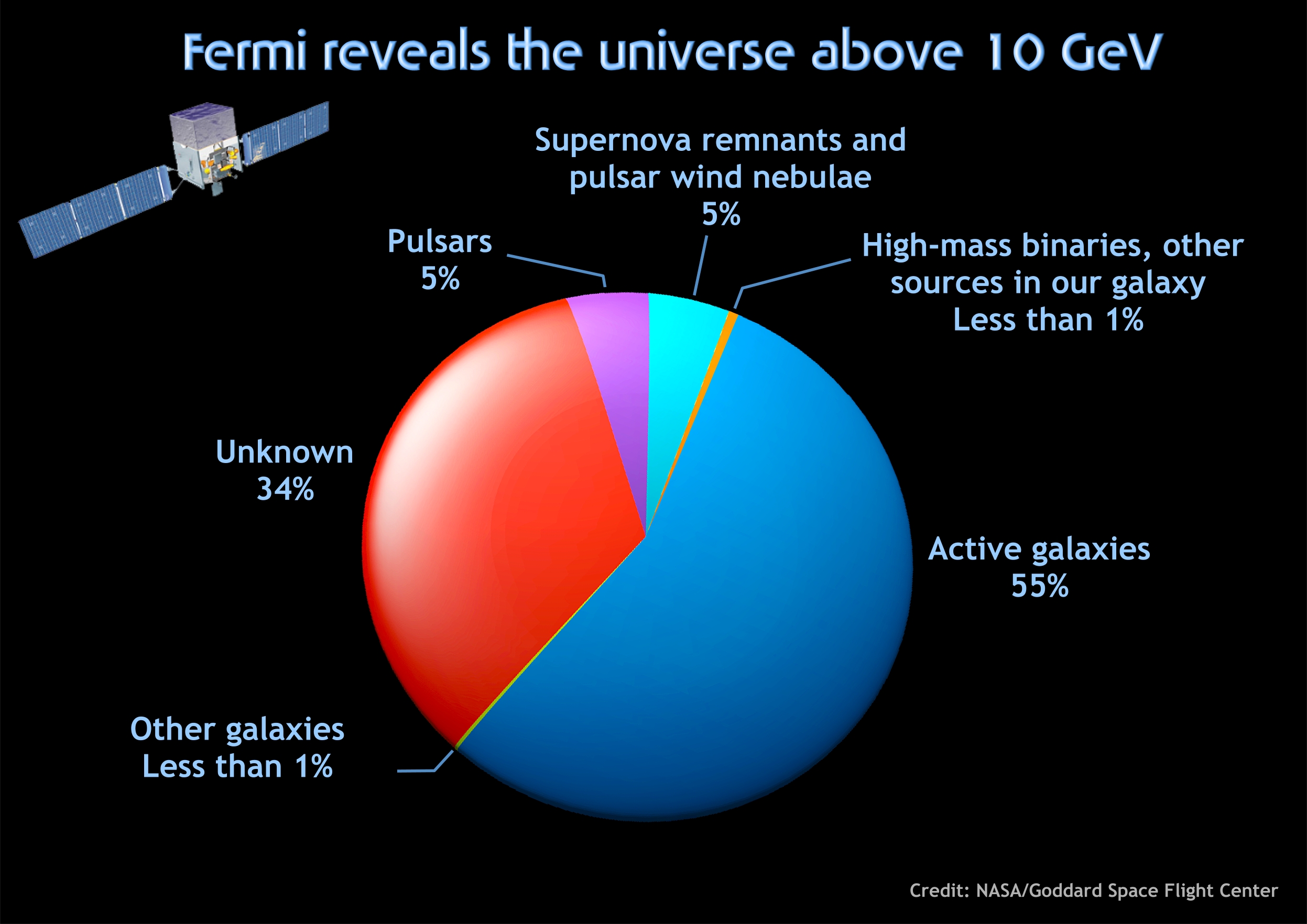 Download Options
More than half of the sources above 10 GeV are black-hole-powered active galaxies. More than a third of the sources are completely unknown, having no identified counterpart detected in other parts of the spectrum. 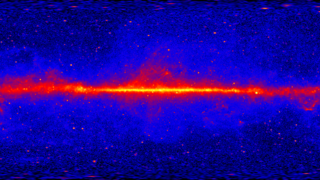 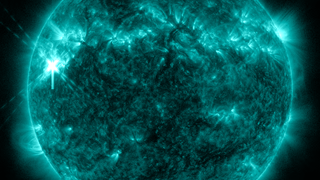