Released on December 15, 2011
Download Options
This animation compares the X-ray 'heartbeats' of GRS 1915 and IGR J17091, two black holes that ingest gas from companion stars. GRS 1915 has nearly five times the mass of IGR J17091, which at three solar masses may be the smallest black hole known. A fly-through relates the heartbeats to hypothesized changes in the black hole's jet and disk. 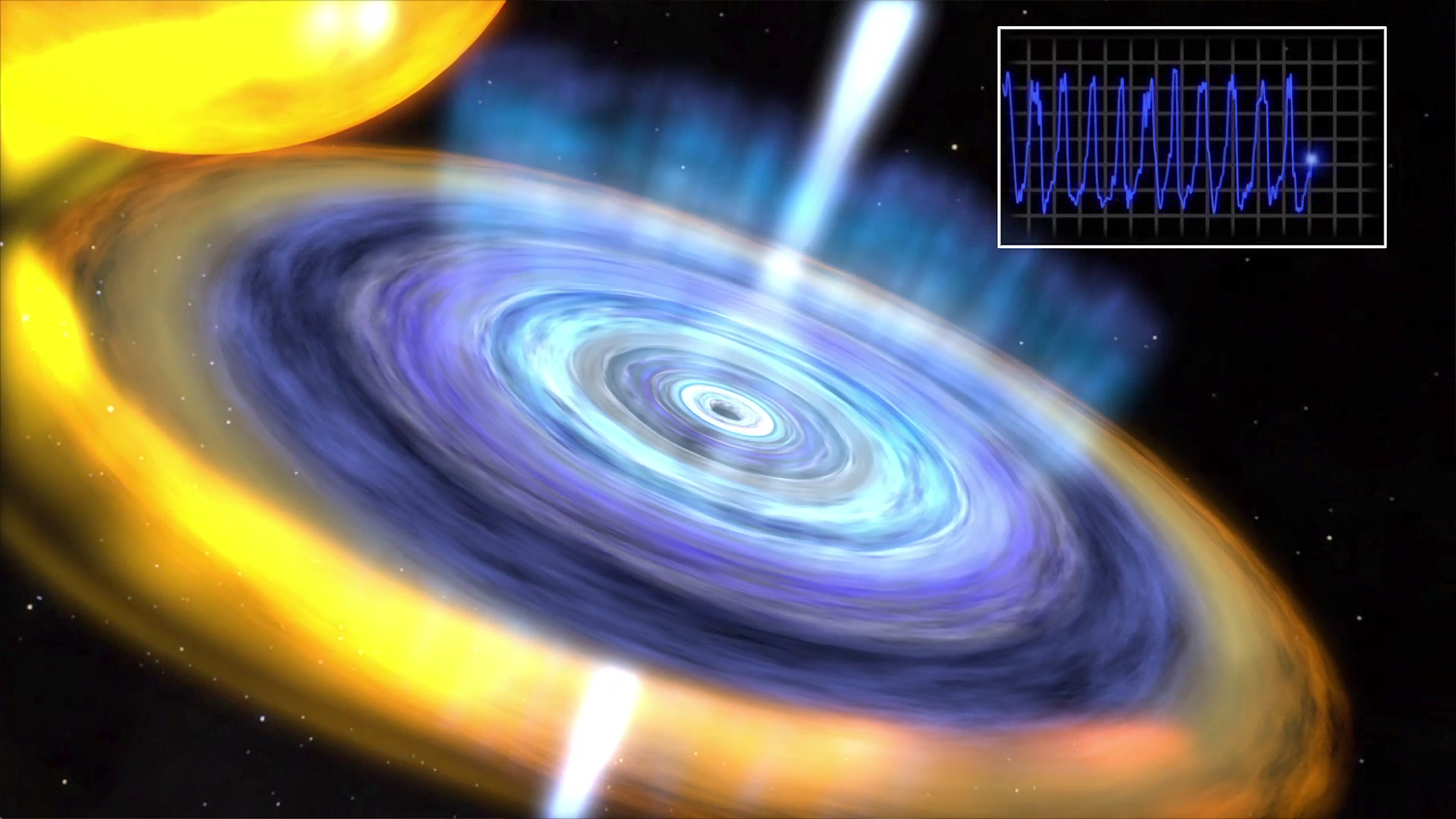 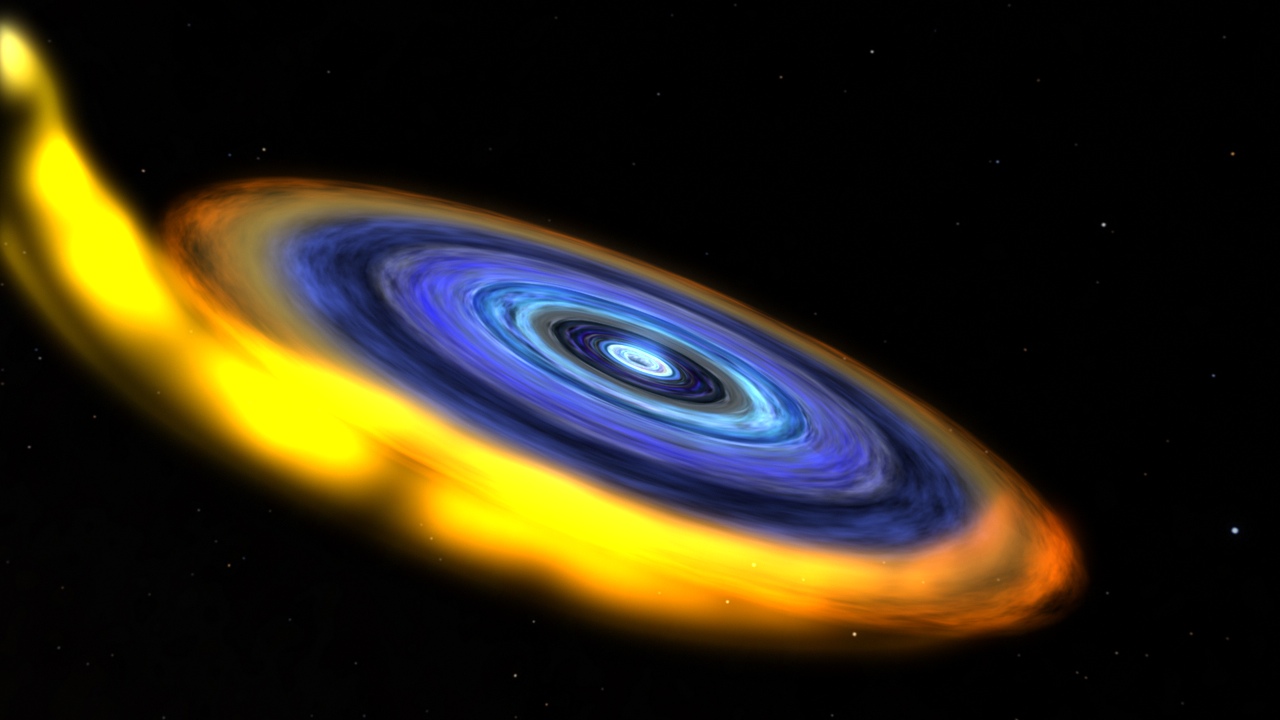 Download Options
Artist's rendering showing the black hole and its accretion disk before the jet emerges. 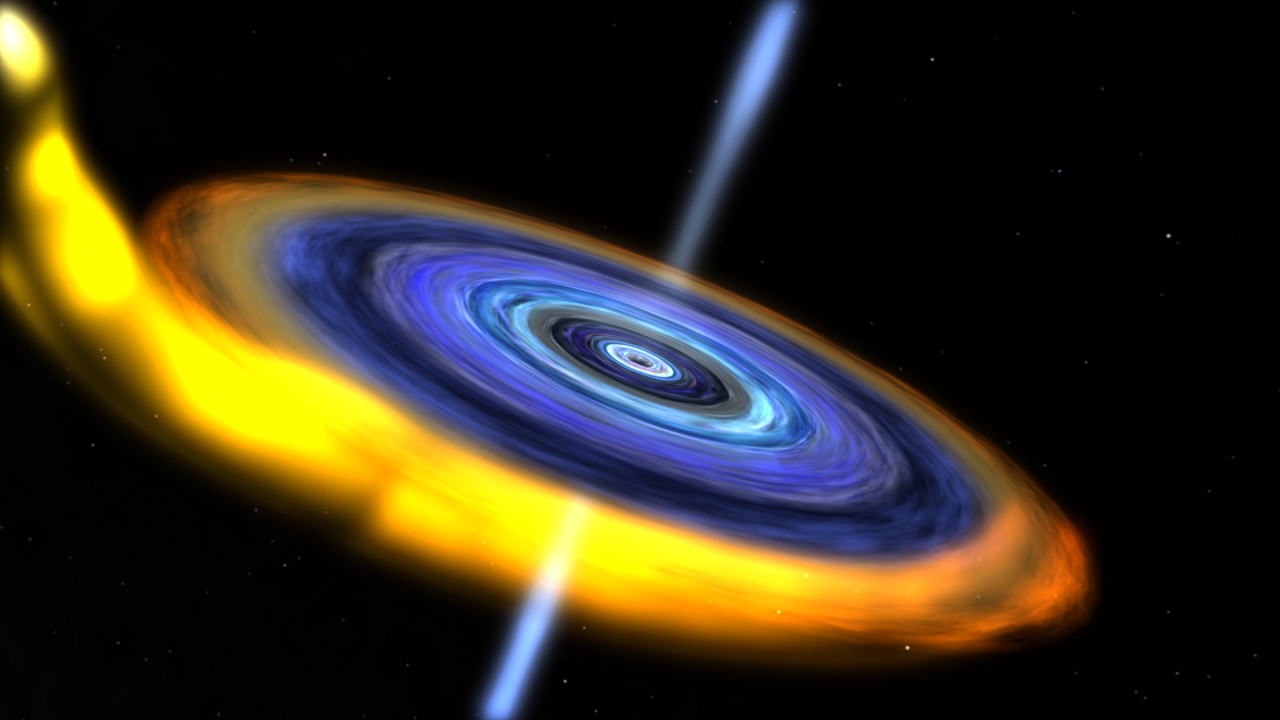 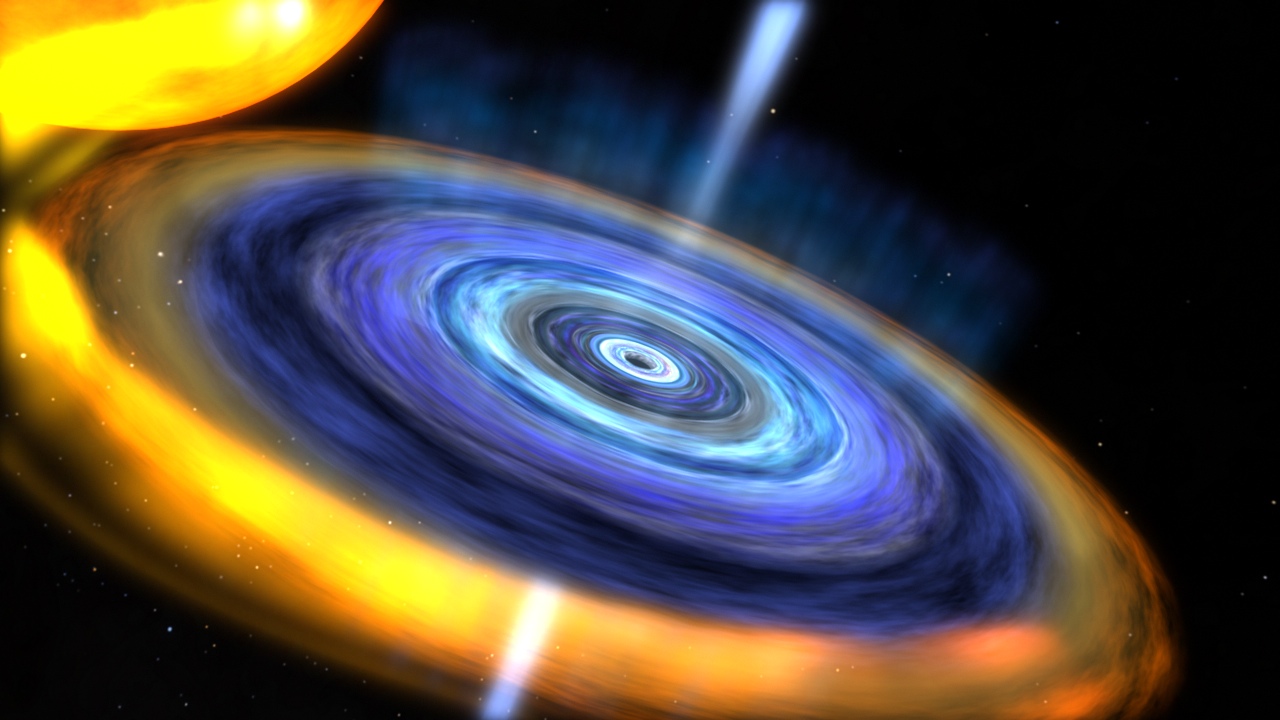 Download Options
Artist's rendering showing the onset of the disk wind, which shuts down the jet. 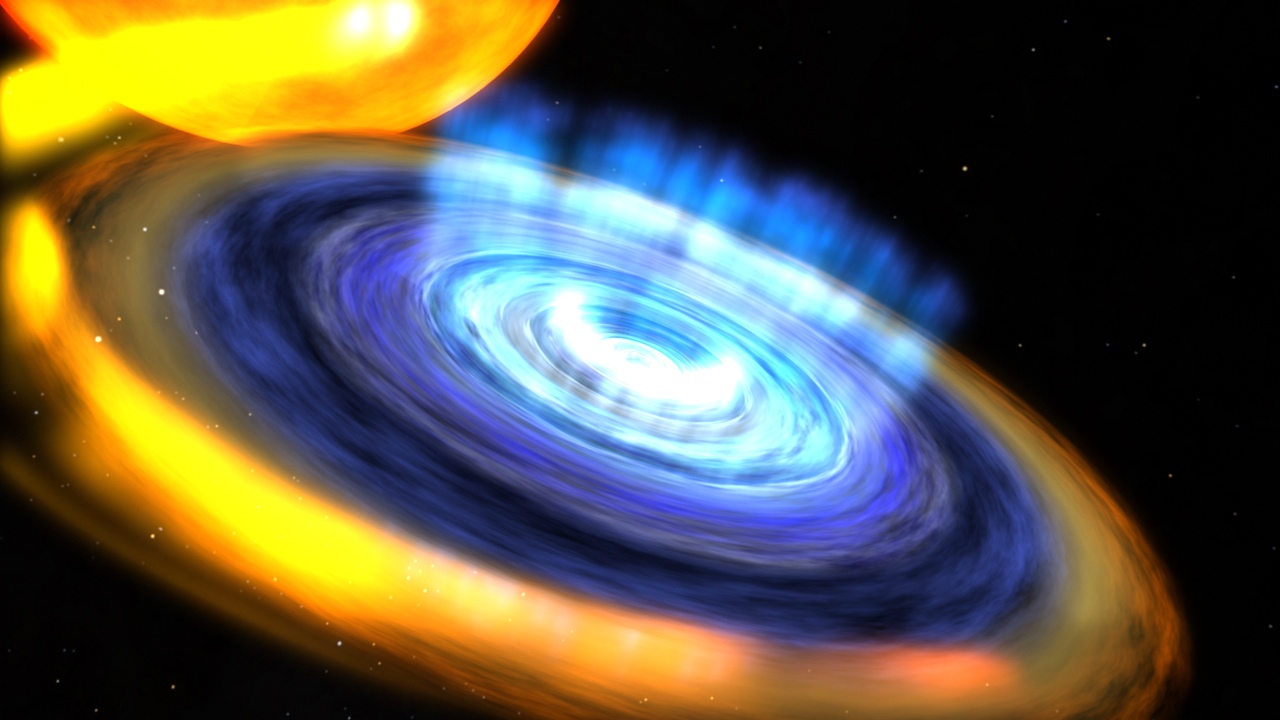 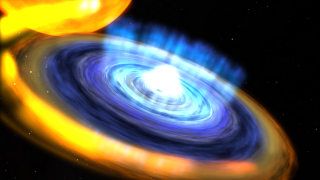 Please give credit for this item to:
NASA/Goddard Space Flight Center/CI Lab