Too Little, Too Much 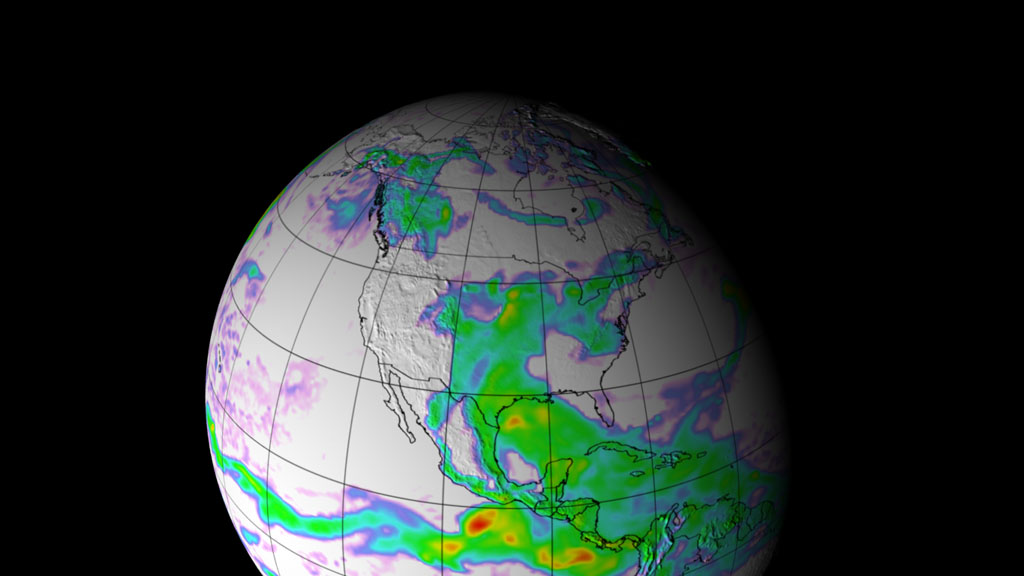 Download Options
Two disastrous summers in U.S. history were caused by a simple lack and excess of rain.
Download Options
1988: The MERRA rainfall data comes from a combination of modeling plus ground-based and satellite weather measurements.
Download Options
1993: The heaviest rain is seen in reds and yellows. Rainfall reached 350 percent over normal levels in some states. 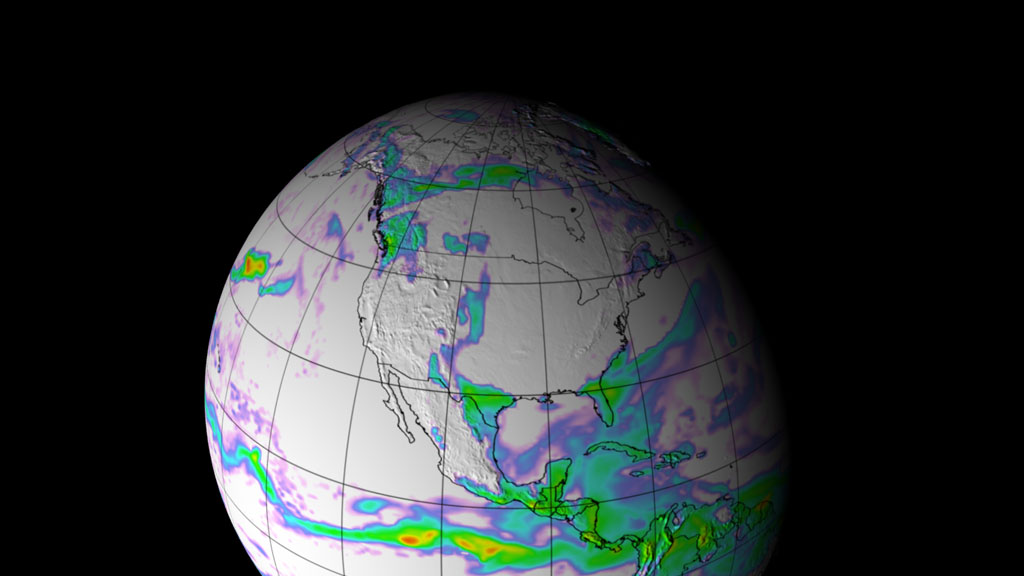 Download Options
A lack of rain over the U.S. on June, 10 1988: Compare this with the moisture-blocking winds on the same day in the "Recreating The Wind" story. 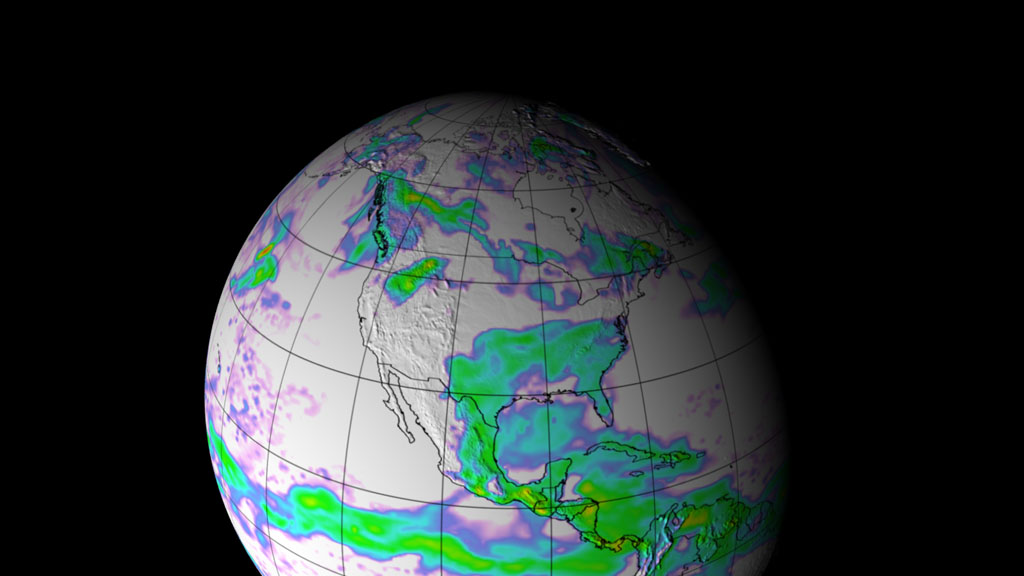 Download Options
This deluge over parts of the U.S. matches the June 10, 1993 circulation pattern seen in "Recreating The Wind." 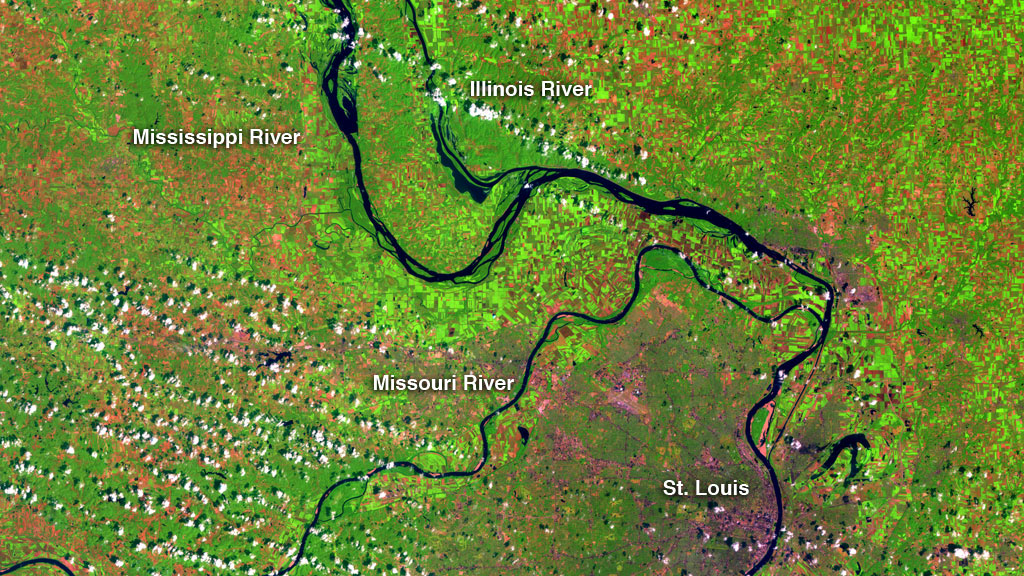 Download Options
The Missouri and Mississippi rivers appear at somewhat normal levels in this Landsat 5 image from Sept. 1988. 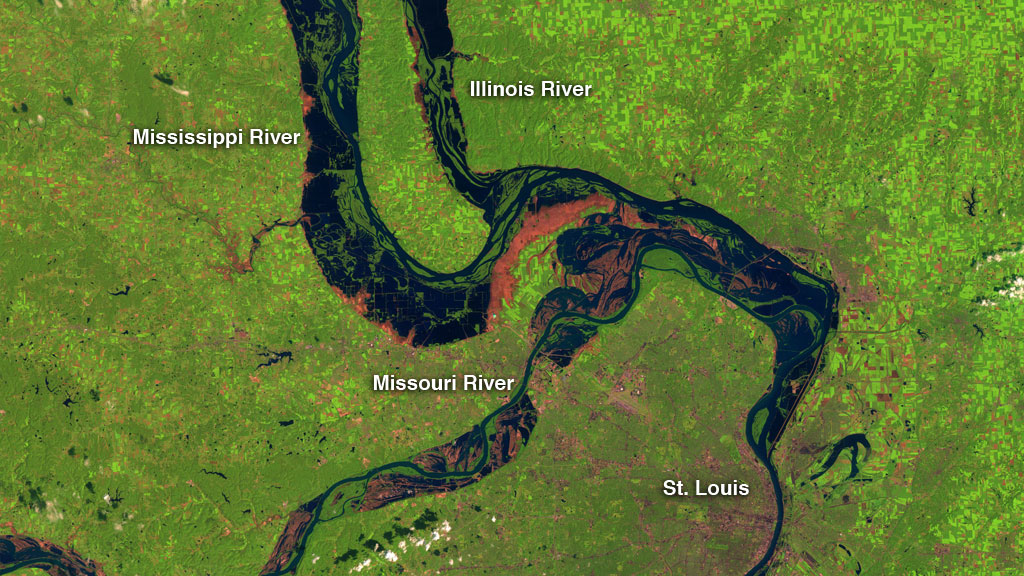 Download Options
This image from Aug. 19, 1993 came a few weeks after the Mississippi crested at 49.6 feet in St. Louis, breaking a 20-year-old record by six feet.