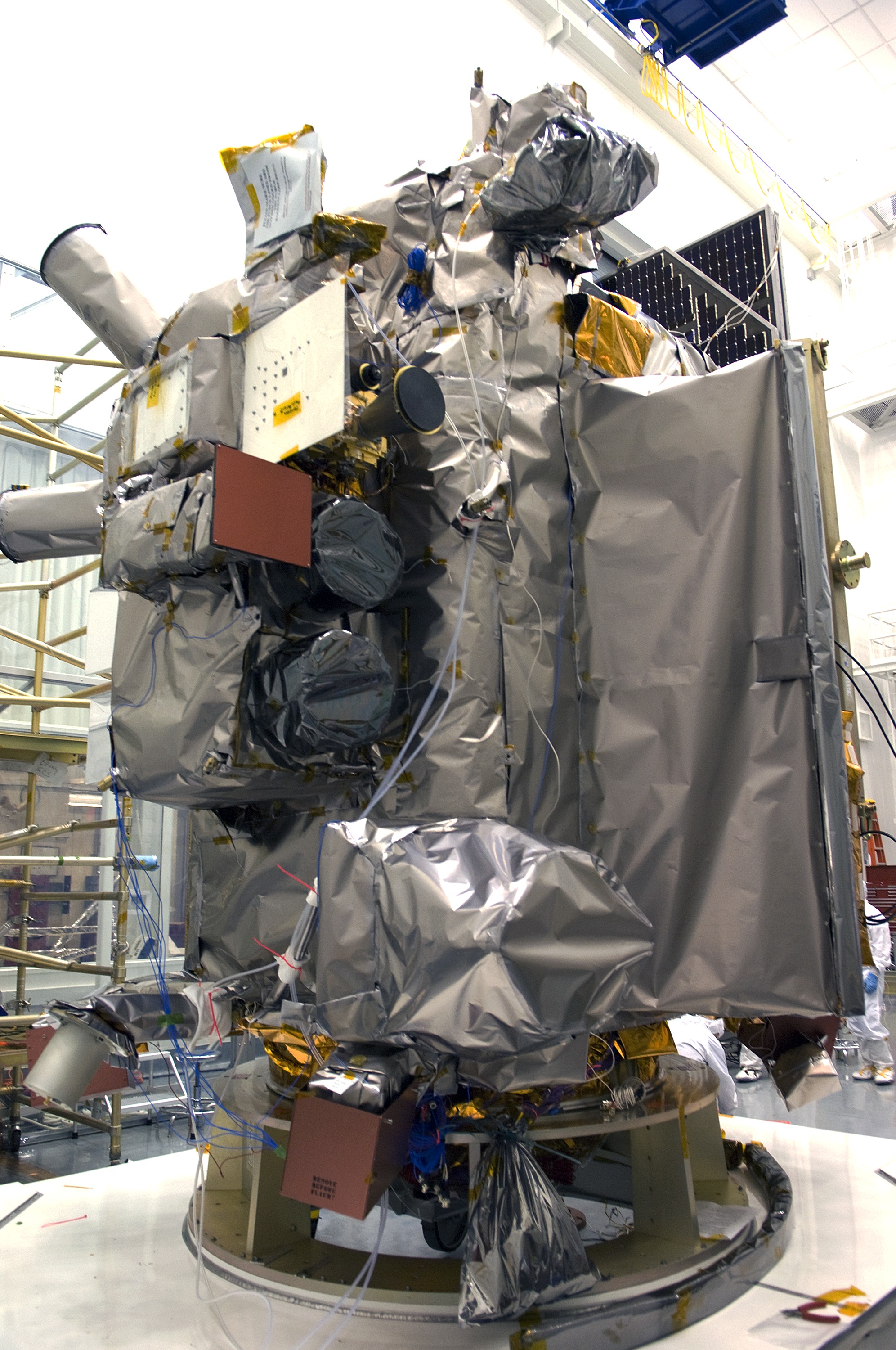 Download Options
With all of its instruments integrated, LRO is ready for testing. 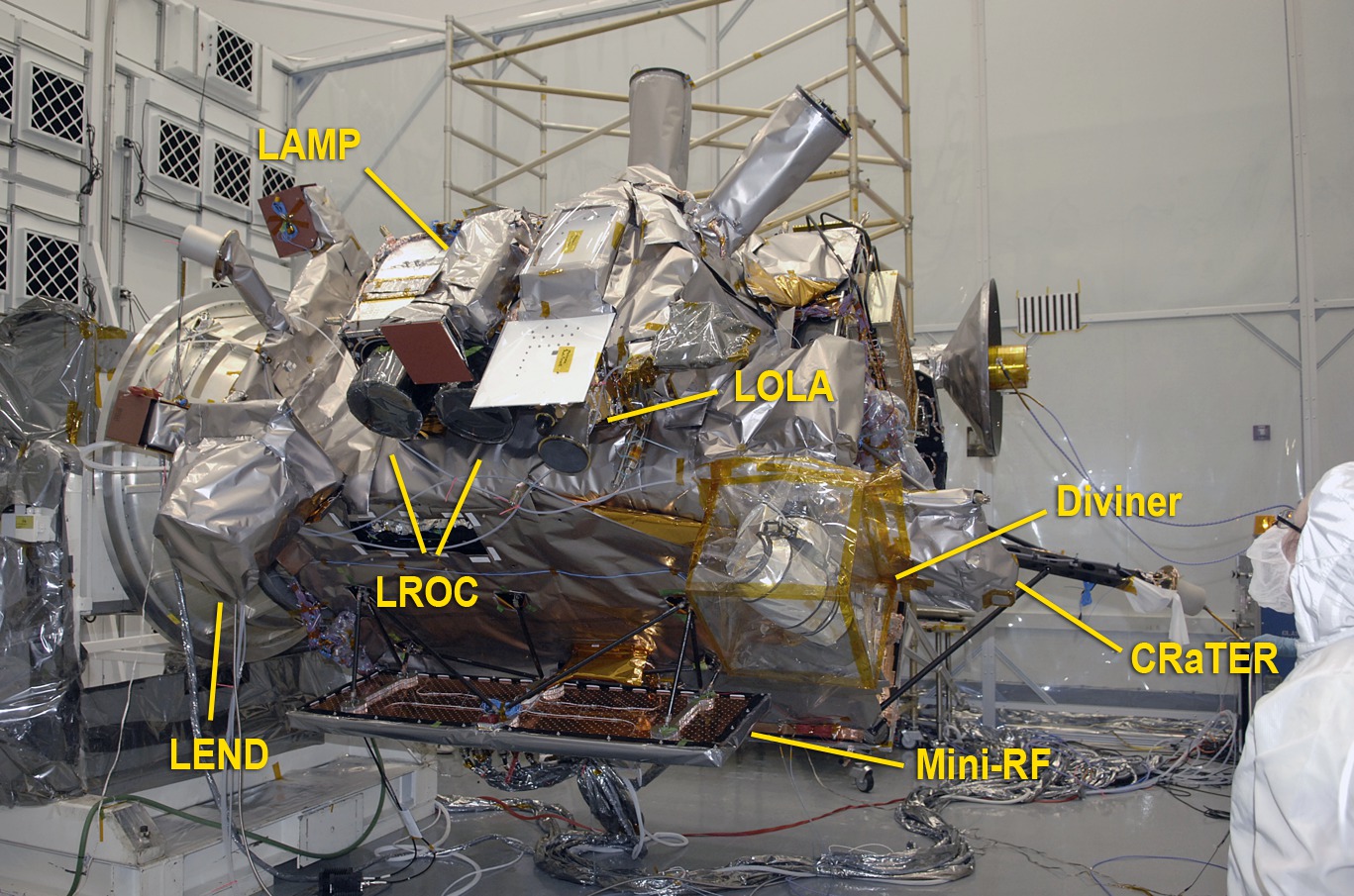 Download Options
The LRO spacecraft sits horizontal and displays its entire instrument suite. One of the two medium-sized images contains labels pointing out the individual instruments and their location on the spacecraft. 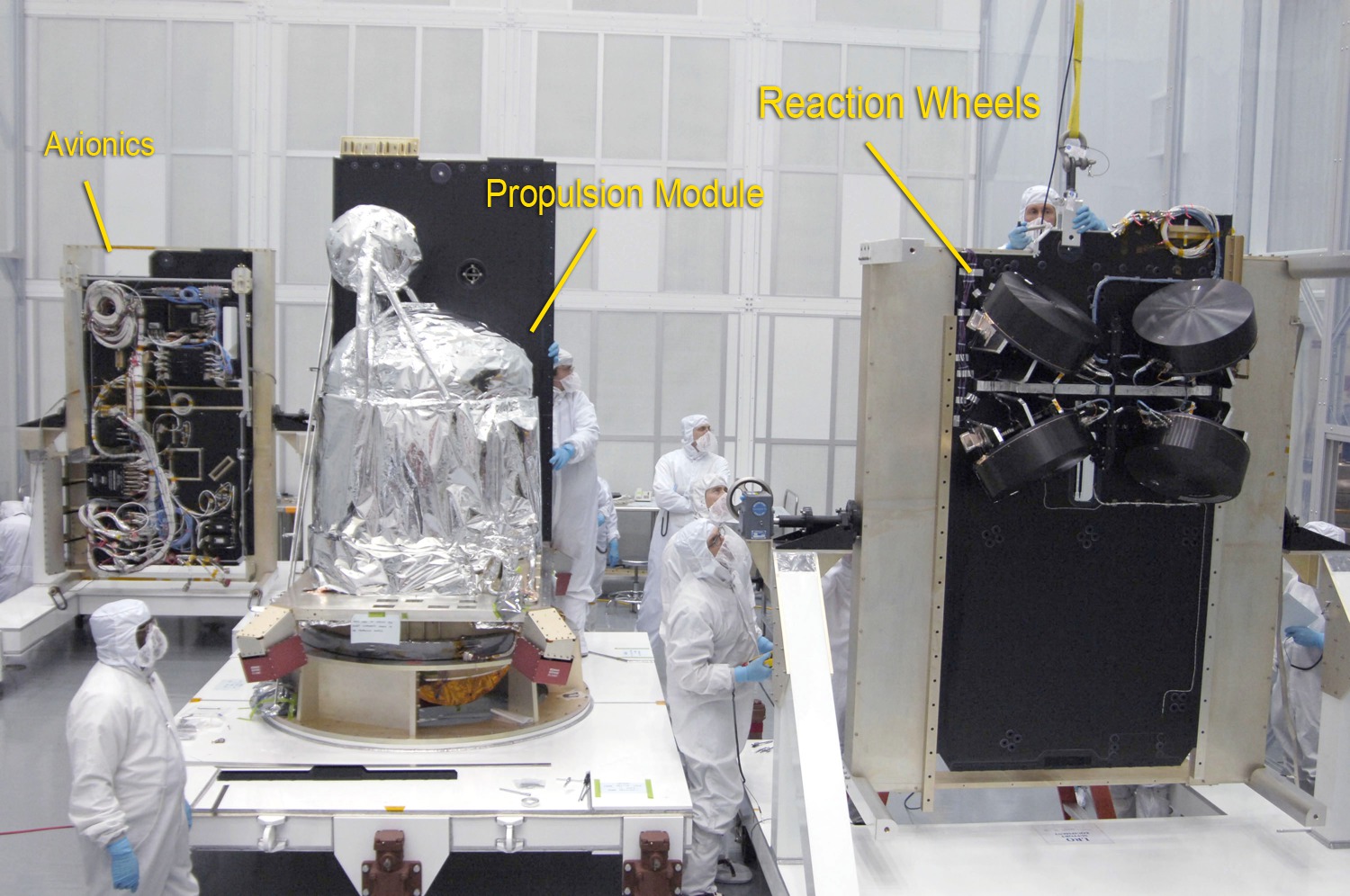 Download Options
Here you can see three important parts that are needed to fly a spacecraft. On the left is the avionics module, which contains the electronics used for communication and navigation. In the center is the propulsion module, which contains the spacecraft's fuel. On the right are the reaction wheels, used to change LRO's angular momentum and point the spacecraft in the right direction. One of the medium-sized images in this group contains labels. 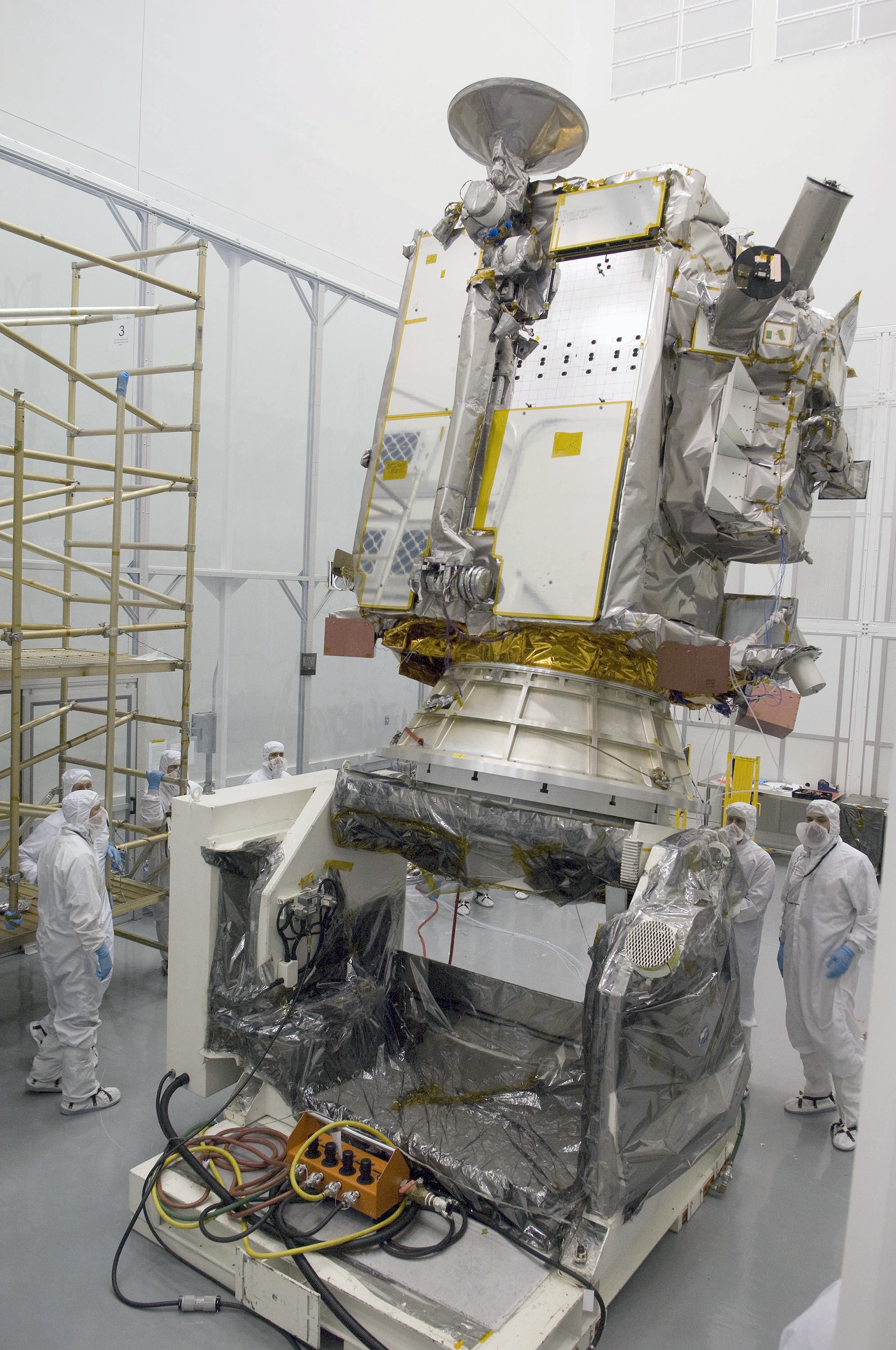 Download Options
Here LRO is being tilted during the testing phase. 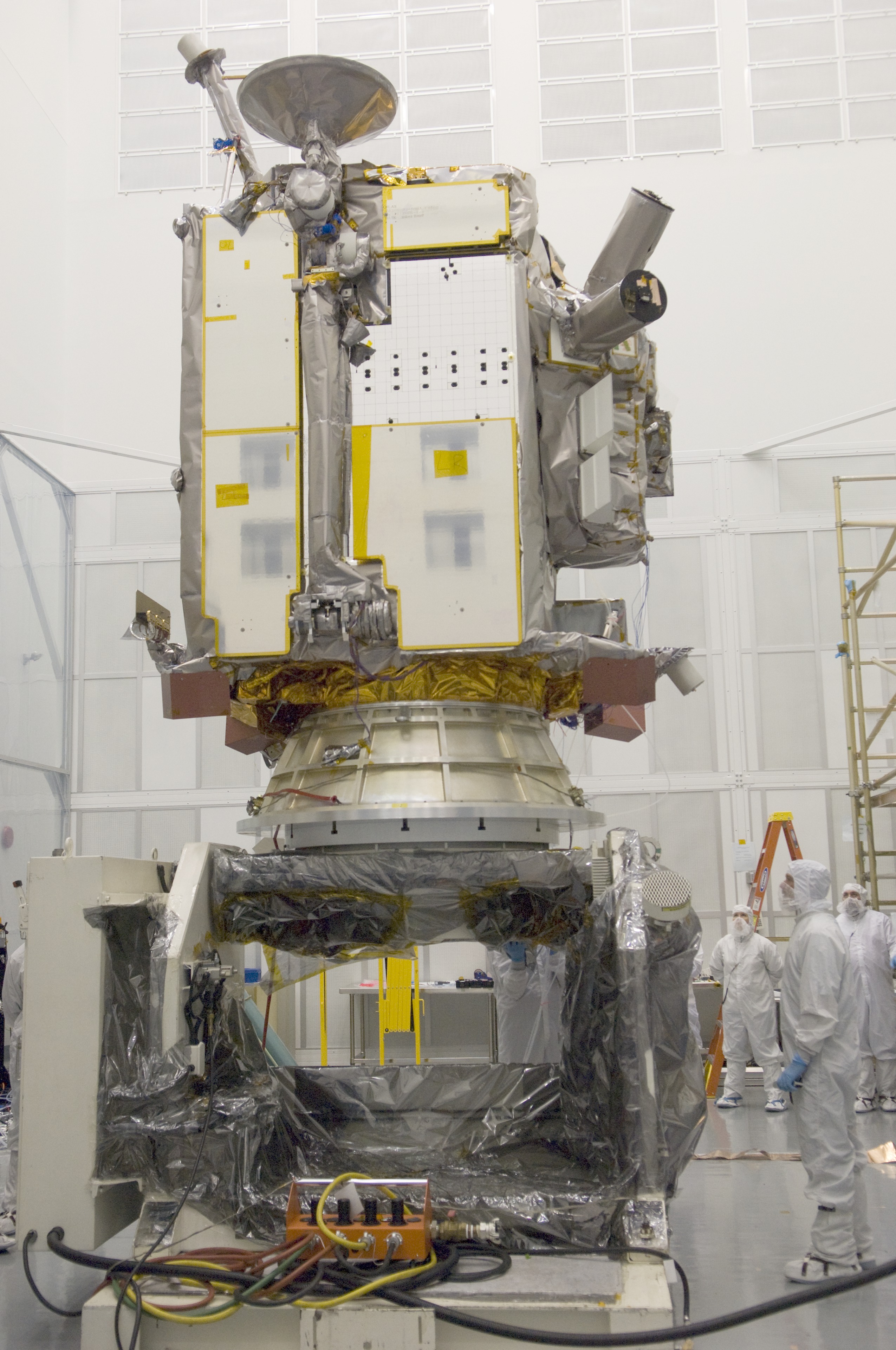 Download Options
LRO sits on a testing platform. This image gives an idea of the size of the spacecraft. 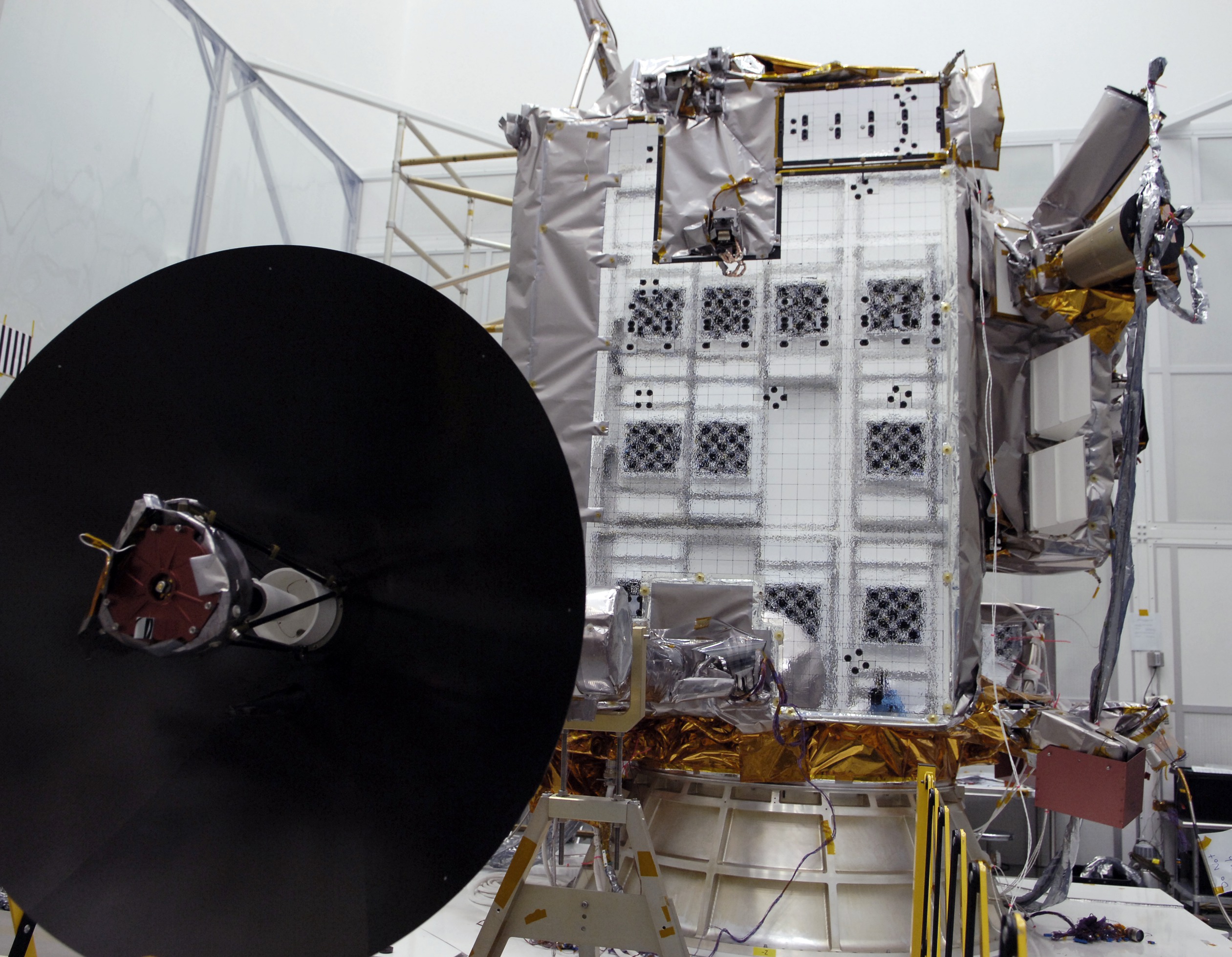 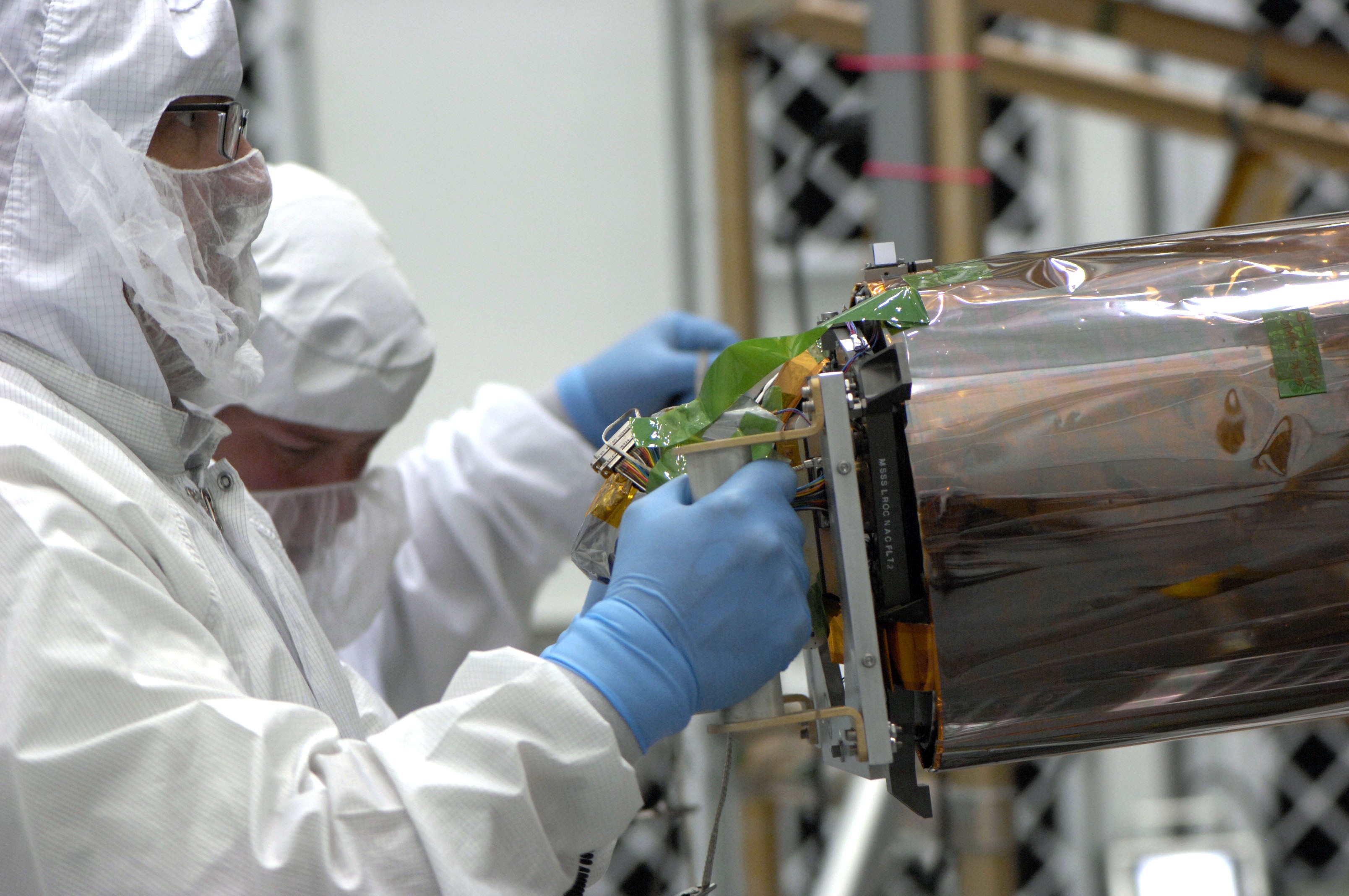 This item is part of these series:
LRO - Still Images
Astrophysics Stills