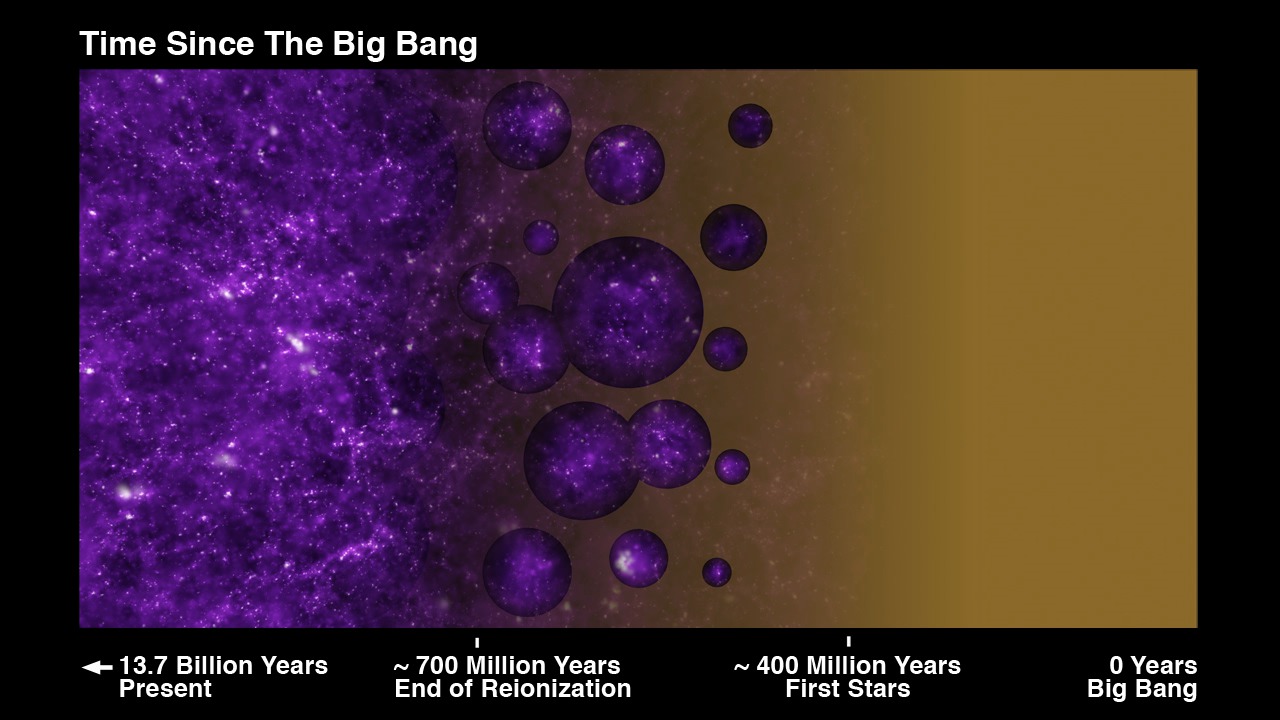 Download Options
This still image shows the timeline running from the Big Bang on the right, towards the present on the left. In the middle is the Reionization Period where the initial bubbles caused the cosmic dawn.

Please give credit for this item to:
NASA/STScI